Despite Drastic Fall In Employment In Khadi Industries, Production And Sales Continue To Grow

KVIC has accepted that the cause of some job loss could be the introduction of new model charkhas to replace the traditional single spindle ones. 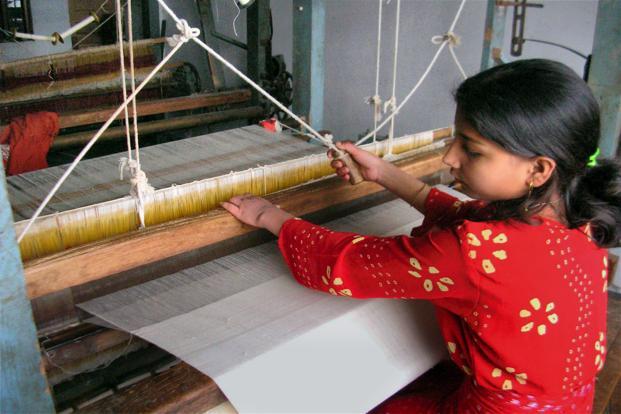 The official figures released by the ministry of micro, small and medium enterprises to the Lok Sabha on the number of people employed in the khadi sector shows a fall from 11.6 lakh to 4.6 lakh between 2015-16 and 2016-17.

At the same time, the production of khadi increased by 31.6% and sales grew by 33%, reported The Times of India.

However, the Khadi and Village Industries Commission (KVIC) has claimed that the numbers are not correct as the figures on people leaving the sector were not being updated till 2015 while new jobs were being created.

KVIC has accepted that the cause of some job loss could be the introduction of new model charkhas to replace the traditional single spindle ones.

The commission’s annual report states: "Most spinners were working on single spindle traditional charkhas earlier which are more employment-intensive. With the adoption of new model charkhas many old artisans have exited."

However, the effect of this factor on job loss has not been clearly stated either by the ministry nor the commission, the report adds.

Of 7 lakh people(decline difference between 2015-16 and 2016-17), 3.2 lakh were employed in the central zone in states of Uttar Pradesh, Madhya Pradesh, Chhattisgarh, and Uttarakhand,

In the east zone stated of Odisha, West Bengal, Bihar, Jharkhand, and Andaman and Nicobar, nearly 1.2 lakh jobs were lost.

The data of employment generation under the Prime Minister’s Employment Generation Programme (PMEGP) given to the Lok Sabha has also declined in 2017-18.

Last year, the Ministry of Medium, Small and Micro Enterprises (MSME) had set a target to employ around five crore people through the khadi industry over the next five years.

"Presently khadi is less than one per cent of textiles, but due to concerted efforts in the last two years, the khadi industry sales have gone up from Rs 35,000 crore in 2014 to about Rs 52,000 crore," Union minister Giriraj Singh had said.

The KVIC had partnered with private players, including Arvind, Raymond and others, for joint promotion of the fabric.

The aim was to popularise and boost the use of khadi, especially among the youth and corporates.

Singh said that fashion designers were  also being involved for launching eco and user-friendly products.

KVIC is looking to promote khadi as a fashionable fabric and to open premium lounges in major cities, he said.