BJP is unlikely to drag Arvind Kejriwal to court because litigation may require the Prime Minister's appearance in court. But the issue, it seems, is far from buried. 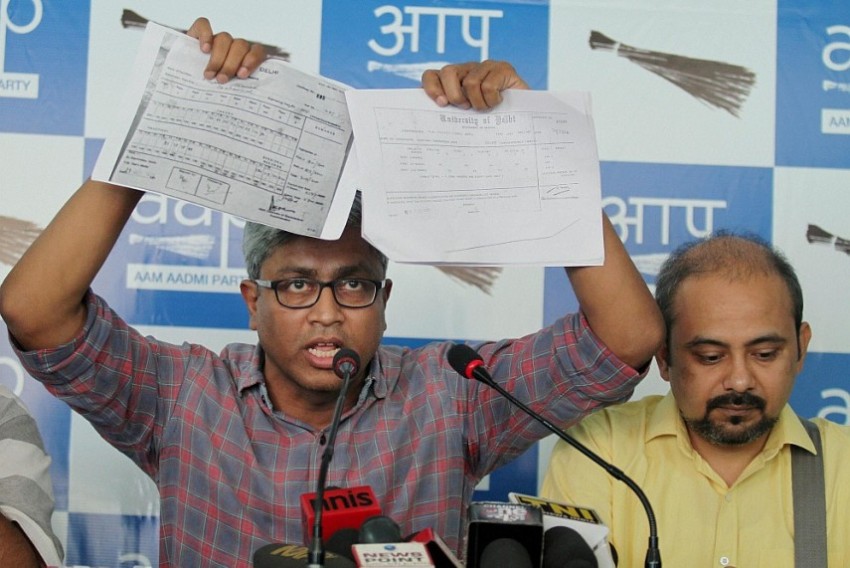 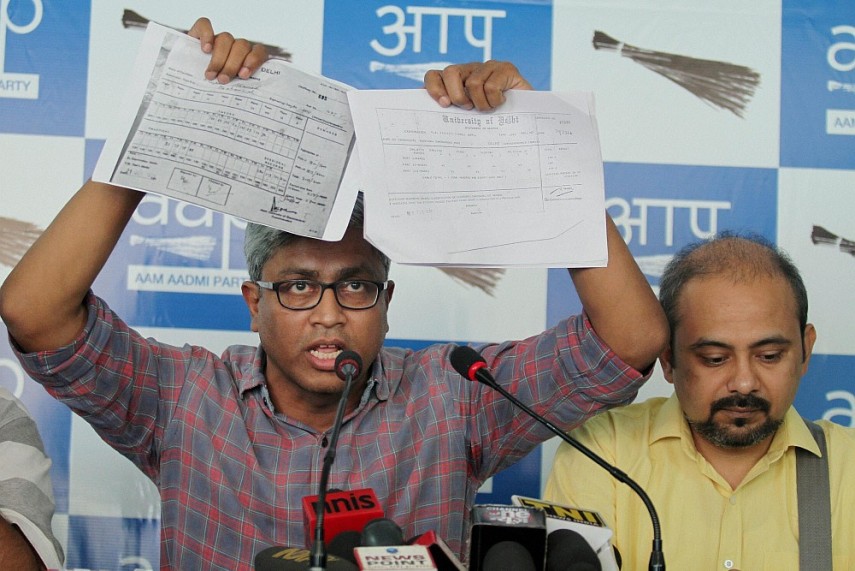 While the controversy over the PM's educational qualifications appears to have subsided for the time being, it is far from over. A belligerent AAP leader Ashutosh claims it has in its possession irrefutable proof that the mark sheet and the degree produced by the BJP are fake. This remains a serious allegation because if it is ever proved that parts of the affidavit filed at election-time were indeed false, it could lead to the election being set aside.

Tight-lipped BJP leaders, however, are accusing AAP of lowering the dignity of the PM's office. "Commas and full stops can't be the basis to lower the office of PM. One constitutional head is trying to defame another constitutional head. Now that the documents are out in the open, let the public decide," says BJP national secretary Siddharth Nath Singh.

The public indeed has shown unprecedented interest in the row over the PM's degree, unleashing a band of home grown private detectives. Goaded on by Aam Aadmi Party, amateur investigators all over the country are raising doubts over everything from discrepancies in the spelling of the Prime Minister's name to the typeface used on the certificates to the lack of a date and seal.

RTI activists say their suspicion was first aroused when the information on the PM's degrees was removed from his website. "The website is updated from time to time. Nothing is being hidden," claimed BJP leaders but that did not satisfy anyone.

The reluctance of the BJP to make it an issue is striking. Why is the BJP not suing Delhi chief minister Arvind Kejriwal and others for suggesting that the Prime Minister's degrees are fake ? Two explanations have been offered. One that the BJP does not want to give the issue more publicity than it has already received. And second, that a case would drag on for years and even the Prime Minister may get dragged in to depose. Aam Aadmi Party (AAP) on the other hand suggests that it is because the BJP is on a weak wicket.

The overwhelming curiosity over the PM's education has caught BJP as well as Delhi and Gujarat Universities by surprise. Long before AAP stirred the storm in the tea cup, people have been seeking information on the Prime Minister's educational qualifications. Had the universities furnished the details to them under the Right to Information Act, the controversy would have died long ago. But by stonewalling the applications, they only managed to build up the suspense and aroused suspicion.

Gujarat University officiating VC Mahesh Patel says, "We have received only three RTI requests in the last 2 years. To all RTIs, we replied that the information is private and can only be disclosed to the party concerned, not to a third party."

But these claims are not quite true and represent the problem in the whole row- the fact is, more requests for information have come in, than answers have been given out. And it took this political chaos, to force the information out.

"I filed an RTI with Gujarat University in 2013. I didn't even get a reply," says Roshan Shah, an IT professional in Gujarat. Parag Patel in Pune says he filed four RTIs in 2015. The PMO said the information was on the PM's website and the PMO didn't keep certificates. They passed it on to the Election Commission. Gujarat University said this is personal information and is not meant for the public, although Patel's RTI was not one of the three which Gujarat University claims to have received.

So while it seems that AAP is getting the credit for opening this pandora's box, RTI activists don't agree as over the years they have repeatedly tried to secure this information. Doubts have been raised about the educational qualifications of at least two union ministers, Smriti Irani and Ram Shankar Katheria and revived memories of the claim made by the West Bengal chief minister Mamta Banerjee that she had obtained a Doctorate from a non-existing university in the United States..

BJP's grouse is that Kejriwal had only written a letter to the CIC, but the CIC had exceptionally decided to consider it to be an RTI request and asked for the information. Maintaining that the BJP and the PM have nothing to hide, "Information was not sought by the right process. The BJP doesn't need to answer questions on this, only the relevant bodies needed to." he said.

While this technicality might be a fair point, what explains the refusals handed out to several RTI applicants who followed the process? The "process" made lay people run around for this information until this week's press conference when the information was suddenly found and produced even while it had been missing for so long.

Contrary to what the party says, it suggests that something is being hidden, either behind a technicality or behind a falsehood or behind plain stubbornness to clarify. To be clear, the contention here is not if the PM is a graduate in Political Science or not. The issue is, if the PM has been truthful in his disclosures. And if he has, then why has there been so much resistance in releasing the information on this. "There's no issue even if the PM had failed his degree exam, why couldn't he just say it," wonders Patel.

With both BJP and AAP alleging that the other is false, what is the possibility that this will ever be resolved legally, given that this is a criminal matter (Forgery can attract seven years of imprisonment and falsifying one's affidavit is punishable upto six months with a fine) ? Jaitley for example, was swift to file defamation against Kejriwal on the DDCA issue.

Ashutosh of AAP says "We still need to exhaust all possibilities at the university level. They are the final authority and must show all information as per the CIC. Which is why in my recent RTI I have asked 14 questions. The university is fully capable of forging a mark sheet and certificate, as we believe they have done. But they can't forge the entire process. We have solid evidence with us which we are ready to present."