Demonetisation: 35% Jobs Lost In Micro And Small-Scale Industries, But Finance Ministry Refuses To Acknowledge The Report

A study conducted by All India Manufacturers’ Organisation (AIMO) has found that micro-small scale industries suffered 35 per cent jobs losses and a 50 per cent dip in revenue in the first 34 days since demonetisation. 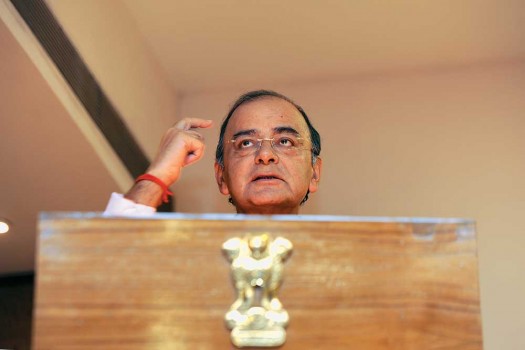 All India Manufacturers’ Organisation (AIMO) has accused the finance ministry of not acknowledging a report on the job loss and dip in revenue the country has faced after the government demonetised high denomination currency notes.

A study conducted by the AIMO has found that micro-small scale industries suffered 35 per cent jobs losses and a 50 per cent dip in revenue in the first 34 days since demonetisation. The study has also projected a drop in employment of 60 per cent and loss in revenue of 55 per cent before March 2017.

The AIMO National President, K E Raghunathan, told the Indian Express that AIMO had sent periodical reports about their findings to the Union commerce and finance ministries, on November 12, November 25 and December 12. “Unfortunately, there was no response of acknowledgement or reply from these ministries,” adding, “Since the study is extremely critical of the Centre’s failed plan, we are unable to reveal the identity of the experts preparing these reports.”

“They (the government) turned a blind eye towards this emergency situation. They simply closed their ears, kept patting themselves or their bosses. Among all the states, Maharashtra and Tamil Nadu are the worst affected. The impact in these two states is still being ignored, thanks to an inefficient government in Tamil Nadu and a Maharashtra government that is bound to support the demonetisation drive,” Raghunathan told the newspaper.

The AIMO report has criticized the government for not anticipating the repercussions of demonetisation. It says the government was “not prepared for such a jolt to industries even after one month.”

Earlier, reports had questioned the government’s GDP forecast saying that it was “overestimated.”  Indian Central Statistics Office had stated that India's economic growth was to slow to 7.1 percent this fiscal year compared to 7.6 percent last year. However, rating agencies forecasted a lower growth. According to a report in The Indian Express, rating agencies ICRA and Care Ratings forecasted 6.8 per cent while Crisil projected it to 6.9 per cent.

The New York Times reported that the government’s estimate was mostly based on data available through October, so likely it does not show the full impact of demonetization, which was announced on Nov. 8.