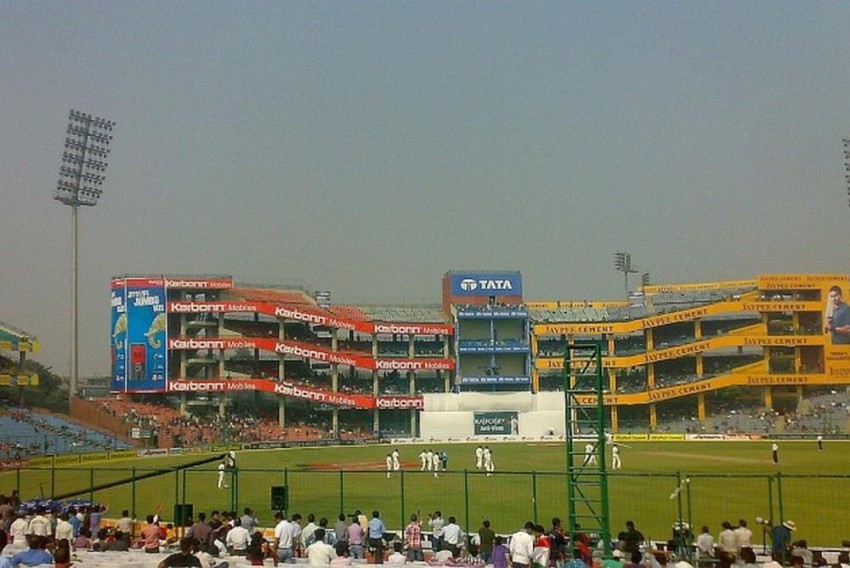 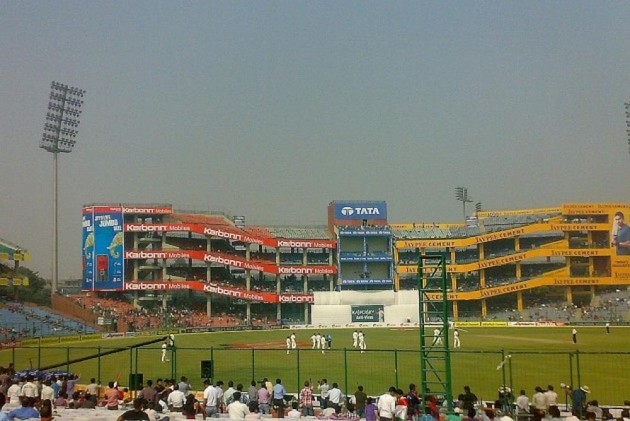 The Delhi High Court has ordered an independent audit of the Delhi and District Cricket Association’s accounts for the past three financial years, which may help discover more skeletons in the cupboard of the perennially controversial sporting body.

Aside from appointing a retired judge as the Administrator of the DDCA for implementation of reforms on the lines of the Lodha Committee recommendations, the court has ordered the audit of the association’s accounts of three financial years: 2012-13, 2013-14 and 2014-15.

An ‘internal’ audit report of 2013-14 had mentioned wide-spread financial irregularities in the association, including the alleged unauthorised transfer of Rs 1.55 crore by DDCA president S.P. Bansal to a third party outside the association. The situation got murkier when a DDCA fact-finding committee confirmed in its own report that there were cases of transgressions in the internal audit report.

Bansal had taken over as the DDCA president in December 2013 after Arun Jaitley, now the Union Finance Minister, had decided against contesting the election in that month. Jaitley had been held the post for 14 successive years. Jaitley was, however, president in 2012-13 and for part of the 2013-14 financial year; the period for which the High Court has ordered an audit of the DDCA’s accounts.

More curiously, some of the 27 DDCA Directors, who form part of its Executive Committee, claim they have neither seen nor signed the balance-sheet and accounts of two of the three financial years in question - 2013-14 and 2014-15 – while it is said that some other directors have signed on them without actually examining those documents. No official was ready to come on record on this issue.

“The accounts and balance-sheets of years 2013-14 and 2014-15 – and also of 2015-16 -- were never tabled at the DDCA executive committee meetings till the time we were there, so it is obvious that we have not seen nor signed them,” said an outgoing DDCA Director.

“As per the rules, copies of balance-sheets should be given to all the Directors and should be placed before the Executive Committee for approval. That has not happened for these three years.”

Since the DDCA has apparently not sent the balance-sheets of the three financial years in question to the BCCI, the Board has stopped all grants and subvention entitled to it. The word on the street is that word is that Deloitte, appointed by the BCCI for an audit in 2015, which has apparently found large scale financial irregularities in several state associations, could audit DDCA’s unseen balance sheets too.

If the DDCA’s accounts and balance-sheets are scrutinised by an “external auditor” who is yet to be named by the newly appointed Delhi High Court- Administrator Vikramjit Sen, they have the potential of throwing up some more probing questions vis-à-vis financial irregularities in the association. Sen, a retired judge of the Supreme Court, is yet to take charge.

In its order, the High Court has also said that the administrator would ensure that the DDCA changed its constitution, that the electoral role is fixed, and elections took place thereafter. No annual general meeting and no elections have taken place in the DDCA for three years since December 2013.

So far, certain officials of the DDCA – widely known for embracing controversies on a regular basis – had been spreading word that the Lodha Committee recommendations couldn’t be implemented in the DDCA as it is a company.

The Delhi High Court order though has killed all such aspirations of those who were desperately trying to extend their existence at the Ferozeshah Kotla Stadium, the headquarters of the association.

“The DDCA had argued that acceptance of the recommendations is not permissible, because regulatory approval of the Registrar of Companies under the Companies Act is essential. This court is of the opinion that the submission is baseless. There is no provision in the Companies Act, which impedes an incorporated company from proposing and carrying out amendments to its Memorandum and Articles of Association and then, once the company (in this case, the DDCA, a not for profit company) carries out the proposals, submit the amendments for due acceptance. The same approach shall be adopted in the present case,” reads the order delivered by Justice S. Ravindra Bhat and Justice Deepa Sharma.

Even former Chief Justice of India, R.M. Lodha, whose committee has famously recommended game-changing reforms in the BCCI as well its affiliates and which have been accepted by the Supreme Court, says all the recommended reforms could be implemented in both types of associations – registered as a society as well as a company.

However, the Delhi High Court has endorsed the Lodha Committee recommendations and instructed that all those changes be made in the DDCA too. So far, only the Vidarbha Cricket Association has willingly implemented the recommendations.

“This Court notices that at present, the governance structure of DDCA is ‘top heavy’. Its Executive committee comprises 27 members (one President, three Vice-presidents, one Hony. Secretary, one Sports Secretary, one Club Secretary, one Treasurer, eight Joint-Secretaries and 11 Members). There is hardly any cooling off period and no tenure or age restrictions,” the order adds.

“This Court hereby directs appropriate amendments to bring in line the above recommendations, with respect to the membership of the executive committee as well as the tenure restrictions and cooling off periods.”

The cooling off period comes in for all officials who have served a minimum of three successive years, whether in the BCCI or in its affiliates. An official can remain in office for a maximum of nine years, interspersed by three-year cooling-off periods. These nine years are calculated retrospectively.

The next hearing in the matter is on April 21. It will be when the 10th edition of the IPL is on in full swing.

The following directions have been issued by the bench:

(1) The DDCA is directed to forthwith adopt all the recommendations discussed in para 28 of this judgment relating to tendering, accounts and finance, administration, ticketing and accreditation. The other directions contained in paras (i) to (v) of Para 28 shall also be implemented by the DDCA forthwith. At the same time, it is clarified that all contracts and processes adopted during the interregnum, i.e. after the appointment of the Justice Mudgal Committee and till the directions of the Court are finally implemented and the administration handed over to the duly elected body in accordance with this judgment, shall not be disturbed. In other words, upto the date of this judgment, the contracts entered into as well as the selections of the selectors and the teams shall not be disturbed in any manner whatsoever. Likewise, the expenses undertaken and the binding contracts entered into, under the authority of the Justice Mudgal Committee, are hereby ratified and cannot be called into question by the virtue of this judgment. The Administrator hereafter shall also continue with the same policies but wherever changes are necessary, follow the directions in this judgment.

(3) The Administrator shall call for a meeting of the members of the DDCA in accordance with its Articles of Association, to ensure the implementation of the directions in para 29, i.e. concerning the policy of proxy voting (amendment to Article 37), substitution of Article 23, i.e. a change in the sports committee, change in the conditions of affiliation of clubs and change in composition of the sports committee, the changes spelt out in para 30 of this judgment with respect to tenure, restrictions of office bearers, number of office bearers, i.e. Vice-President, President, Secretary etc., cap on the age limit and amendment to Article 38 to include a nominee of the Chief Controller of Accounts of the GNCTD [Government of National Capital Territory of Delhi]. This meeting of the General Body to amend the Articles of Association shall be taken at the earliest expedient time, i.e. preferably before the end of March 2017.

(4) The Administrator is required to, thereafter, approach the concerned government/regulatory authorities, such as the Registrar of Companies and after obtaining requisite approval in accordance with law, ensure that the amendments are incorporated in the Articles of Association.

(6) The Administrator shall appoint an external auditor who shall audit DDCA’s accounts for the period 2012-13; 2013-14 and 2014-15 and submit a report within three months after such appointment. The administrator shall fix the fee to be paid to the auditor having regard to the prevailing fee for such services; it shall be borne by the DDCA.

(7) In line with the previous order of this Court in the present petition, dated 18.12.2015, a direction is issued that the new Administrator, Justice Vikramajit Sen shall be paid Rs.1 lakh per working day by the DDCA. The remuneration which the other officers or individuals received as per recommendations of Justice Mukul Mudgal shall be paid to them and for periods thereafter till the election and handing-over of the administration to the DDCA, the remuneration and terms and conditions of such individuals shall be the same.

(8) All reports filed by Justice Mudgal Committee and the contract entered into by it, including the contracts with selectors as well as tender contracts and other contracts in connection with the matches till the date of judgment are hereby accepted and ratified. It is at the same time, clarified that the tenure of the contract is in no manner prejudiced and if it is beyond the judgment, the same shall continue during the period the Administrator appointed by the Court is in control.

(9) The Court hereby records its gratitude and appreciation to Justice Mukul Mudgal (Retd) for the role he played in steering DDCA during its troubled days. In keeping with his request- conveyed during the hearing of this case, the fee/honorarium payable to him is directed to be deposited by the DDCA in the Delhi Police Martyrs’ Fund. Proof of deposit shall be filed by the DDCA in this Court, together with an affidavit in two weeks.

(10) The petition is directed to be listed before this Bench to monitor and supervise the progress of the directions; in the meanwhile, it is open to the Administrator to file periodic reports or seek such directions as are necessary having regard to various exigencies of the situation that may arise.

Starving The Vultures Of Indian Cricket Of Their Next Meal