On July 1 last year, the government had issued an order saying the assistance under the scheme cannot exceed Rs 10,000 per month, triggering widespread discontent among all the three services. 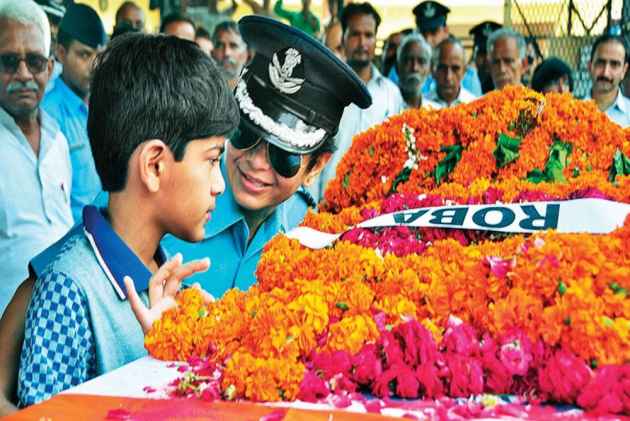 The defence ministry has requested the finance ministry to remove the cap of Rs 10,000 per month on educational assistance given to children of martyrs or those disabled in action, official sources said on Saturday.

On July 1 last year, the government had issued an order saying the assistance under the scheme cannot exceed Rs 10,000 per month, triggering widespread discontent among all the three services.

The Chiefs of Staff Committee (CoSC), comprising the Army, Navy and the Air Force chiefs, had also written to the defence ministry requesting it to remove the cap.

Under the scheme, which was initially rolled out in 1972, tuition fee of children of martyrs or those disabled in action were completely waived in schools, colleges and other professional educational institutions.

Approximately 250 students were affected during the current financial year following the government's decision to cap the assistance, according to officials.

Replying to a question in the Rajya Sabha, Minister of State for Defence Subhash Bhamre last month had said that the annual saving on account of putting the cap would be Rs 3.20 crore per annum. He had said the highest amount drawn has been reported to be Rs 18.95 lakh per annum per student.