The pictures went viral within minutes and celebs from different film industries showered their wishes for the newlywed couple. 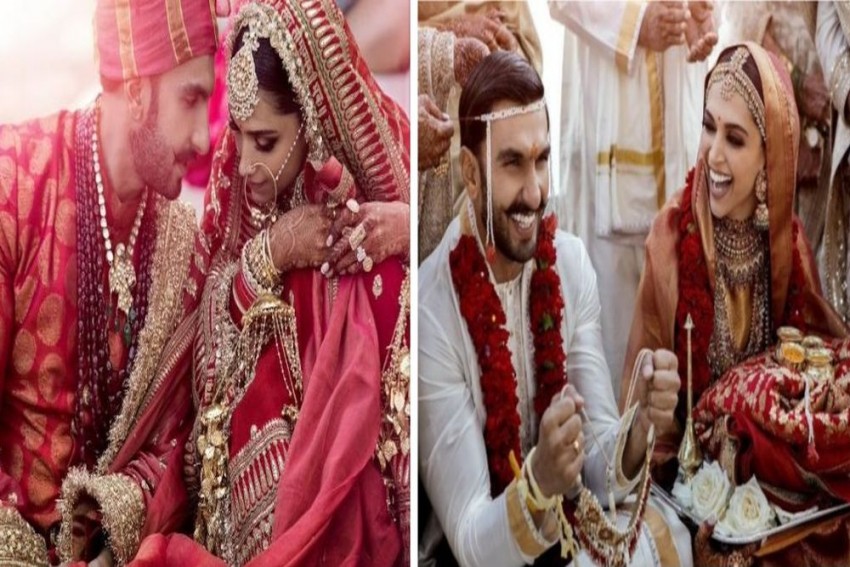 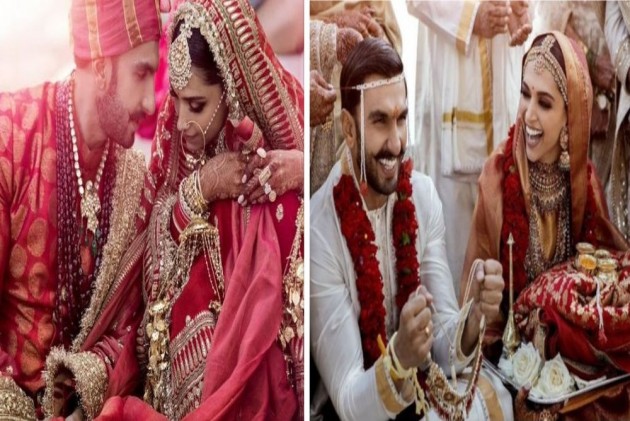 Bollywood superstars Deepika Padukone and Ranveer Singh are now officially married. The duo on Thursday took to the social media and shared their wedding pictures for which their fans were waiting for so long.

The couple were married in a traditional Sindhi ceremony - a nod to Ranveer's heritage after Deepika's Konkani ceremony on Wednesday - as the raucous sounds of Harshdeep Kaur reverberated around Lake Como through the day.

The pictures went viral within minutes and celebs from different film industries showered their wishes for the newlywed couple. From Karan Johar to Anushka Sharma the celebs just couldn't get over how gorgeous the couple were looking.

Taking to Twitter, Karan Johar wrote, " Love and happiness forever.....these are such a full of pyaar wala pictures! For those of us who don’t have a life partner, it’s a very “haiiiiiiiii” wala feeling!

Ayushman Khurana too wished the couple saying, "Congratulations beautiful people @RanveerOfficial @deepikapadukone Welcome to the club you two! Much love and happiness.

Anushka Sharma too couldn't stop from praising the real-life Bajirao couple. She wrote, "Wishing you both a world of happiness and a beautiful journey together. May the love & respect you have in each other, grow leaps and bounds. And welcome to the club ..." 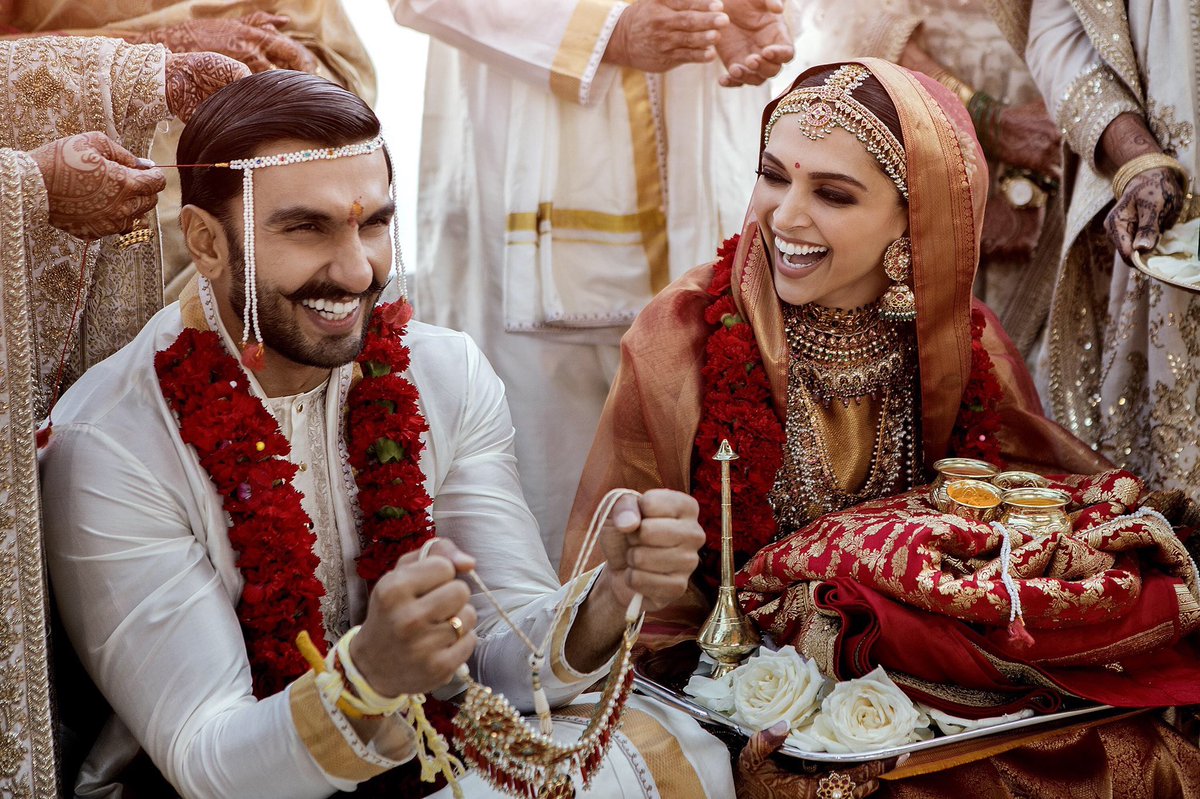 In one picture, the two are laughing away, sharing a jovial moment during the Konkani wedding, and in another photograph from the celebration on Thursday, they are all ears for each other.

Deepika looked resplendent on both occasions, dressed in Sabyasachi Mukherjee ensembles rooted in tradition as she chose red and gold as her primary colours. For the North Indian style wedding, Deepika's head was covered with an ornate dupatta with the words 'Sada Saubhagyavati Bhavah' embroidered on it, while Ranveer matched up in a colour co-ordinated sherwani. 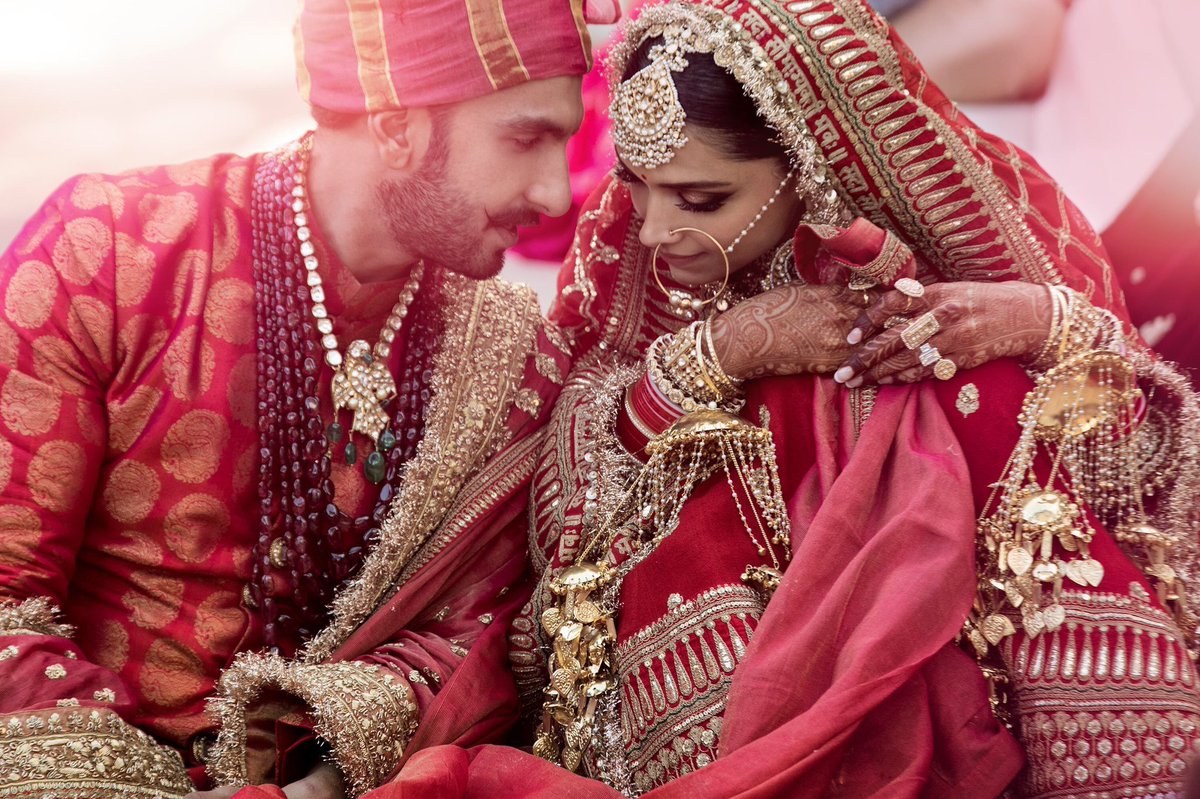 Ranveer wore pristine white for the Konkani wedding, which marked the culmination of a six-year-long love story that began on the sets of the 2013 film "Goliyon Ki Raasleela Ram-Leela".

Interestingly, Thursday marked the fifth anniversary of the film's release.

Bollywood's 'Bajirao' and 'Mastani' have been inseparable since Sanjay Leela Bhansali's 'Goliyon Ki Raasleela' that was released in 2013. They had announced their wedding dates on October 21 after dating each other for around six years.

The couple will have two separate receptions each in Bengaluru and Mumbai on November 21 and 28 respectively. And on December 1, there will be a separate celebration with the film fraternity.