The 20-second video shows Jayalalithaa clad in a brown nightie, sipping juice from a straw tumbler as she is recovering in the step-down ICU and watching TV. The TV’s audio could be heard in the background 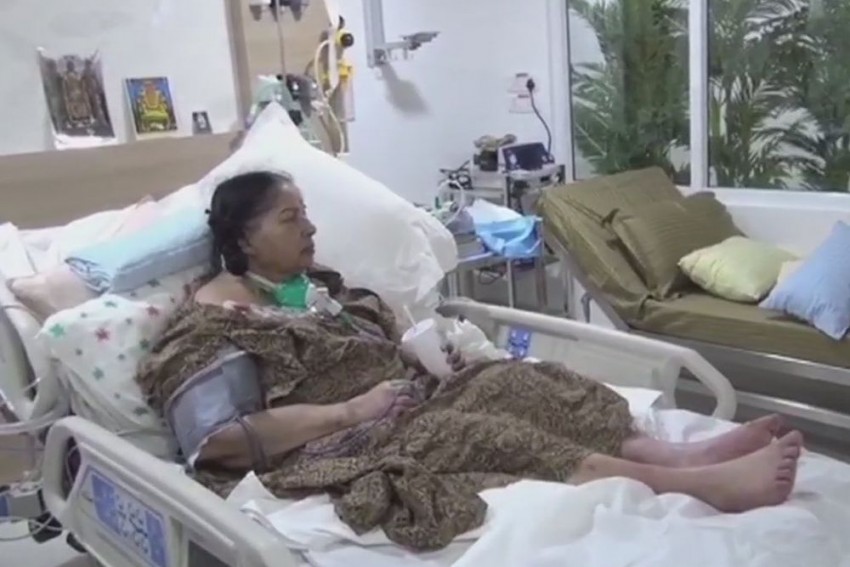 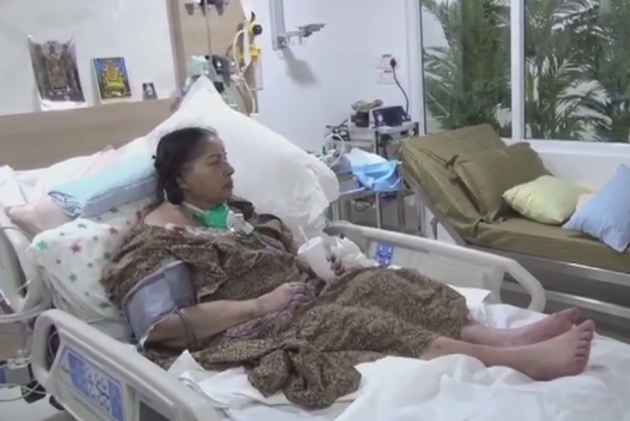 Hours after independent candidate TTV Dhinakaran’s camp released a video of J Jayalalithaa while she was admitted in Apollo Hospital on Wednesday -- a day before  the RK Nagar by-poll-- the election commission issued a notice to all TV channels and newspapers to stop using the video.

You are requested to stop any further telecast of this video that may directly/indirectly have any impact in the forthcoming elections (#RKNagarBypoll) or any discussion relating thereto adhering to MCC: EC to TV Channels & Newspapers on video of Jayalalithaa at Apollo Hospital pic.twitter.com/TWFpKHBw4k

"This telecast is in violation to Section 126 (1)(B) of the Representation of Peoples Act, 1951, which prohibits display of the any 'election matter', inter-alia, on TV during the period of 48 hours fixed for conclusion of poll," the notice states.

The 20-second video shows Jayalalithaa clad in  a brown nightie, sipping juice from a straw tumbler as she is recovering in the step-down ICU and watching TV. The TV’s audio could be heard in the background.

Though Vetrivel denied Thursday’s by-election as the motive, the video is expected to be a trump card by the TTV faction aimed at negating any doubts about the treatment given to Jayalalithaa during her 75-day hospital stay that culminated in her death on December 5, 2016. While Vetrivel claimed it was not election propaganda, it was clear that the timing of the video’s release was all about Thursdays by-election in RK Nagar.

TTV, who appeared to be ahead in the race, has now been pushed to the second spot following massive money distribution by the ruling AIADMK. The video is expected to shore up his chances and would definitely will be the most hotly discussed topic of the day.

Vetrivel disclosed that there were more videos of Jayalalithaa undergoing physiotherapy and closeted with the ministers would also be released subsequently. Asked why he had not chosen to place the video before the one man inquiry commission probing Jayalalithaa’s death, Vetrivel claimed that it was his prerogative on how and when the video was made public.

State law minister CV Shanmugam questioned why Sasikala camp was keeping the video under wraps all these days, especially when doubts about Jayalalithaa’s death were at the peak.

“It is obvious that their intention is to influence the voters of RK Nagar but they would fail in that purpose. Otherwise, they would have submitted the evidence to the inquiry commission,” said Shanmugam.

Even when Jayalalithaa was in hospital DMK chief Karunanidhi had asked the state government to release photos of the chief minister. Her thumb impression on AIADMK MLA candidate’s Form B that allocates party symbol to them, which she had imprinted on October 27, 2016, has been questioned in the High Court by a losing DMK candidate. Amidst all these doubts raised about her health Vetrivel’s video is the latest int ehfight for Amma’s political legacy.