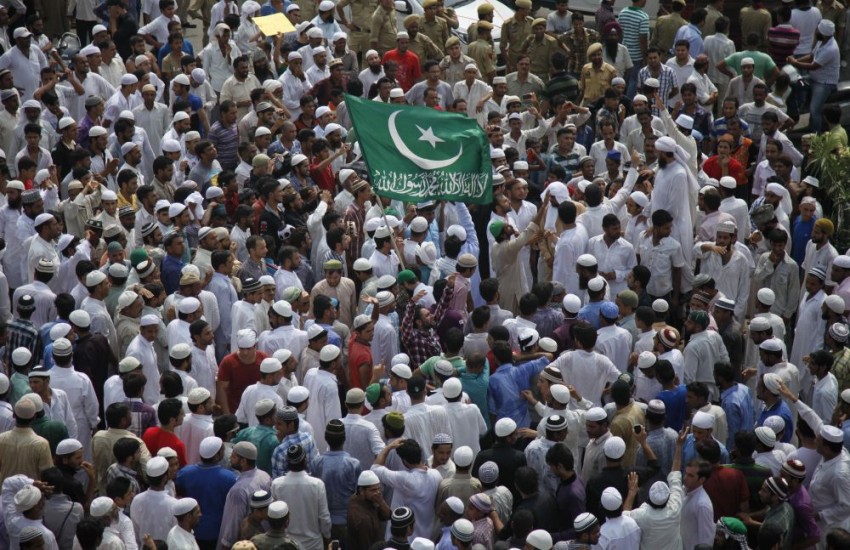 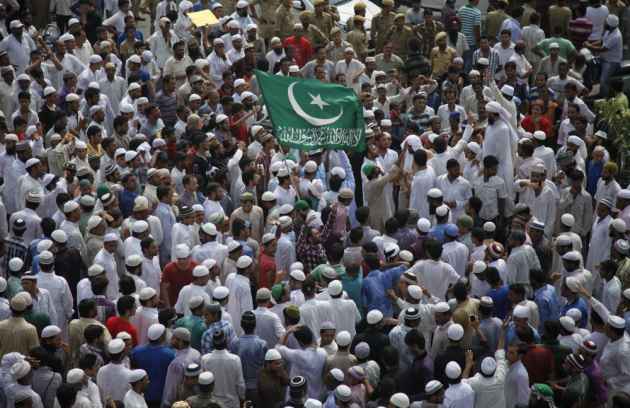 At least four persons were killed when Security Forces (SFs) opened fire on a violent group of protesters who attacked the Border Security Force (BSF) Dharam Camp in the Gool area of Ramban district on July 18, 2013. The deceased included a teacher at the Government Higher Secondary School, Manzoor Ahmed Shan, who was also the brother of a local National Conference leader, Dr. Shamshad Shan. The others killed were Javed Iqbal Manhas, Abdul Lateef and Farooq Ahmad Baig. The firing by the SFs and stone pelting by the ‘protesters’ during the clashes resulted in injuries to at least another 43 persons, including a BSF trooper and 14 police constables. An unnamed senior BSF official said the protesters pelted at least 15,000 stones on their post.

Narrating the chain of events at Ramban, a BSF press release stated,

Tensions started some time after 9 pm on July 17 after a patrol party at the Dharam check post asked one Mohammad Lateef, who is the imam of the local mosque, for a proof of identity. Lateef allegedly reacted aggressively and 15-20 people assembled. The troopers, sensing trouble, then returned to their post. However, it is learnt that Lateef made a baseless and false allegation that the patrol party had desecrated the Quran and announced same thing (sic) on the loudspeaker from the mosque. Following this, around 400-500 persons gathered outside the BSF camp and started pelting stones. But the BSF restrained itself, and the Police succeeded in dispersing the mob around 3am... Around 6.45am, mob started to build up again in big numbers and tried forcefully to enter the Dharam campus... Due to deteriorating law and order situation, the Police tried to disperse the mob and fired three-four rounds. Constable Ramhari of the BSF got bullet injury in his stomach. It was learnt that two civilians also got bullet injuries. However again at 9.30 am, around 700-800 men started stone-pelting vigorously on the BSF Post. Police and BSF men had to fire in self-defence which resulted into death of four civilians…

BSF Inspector General, Jammu Frontier, Rajiv Krishna added, “They (mob) tried to break open the gates of the camp. The mob tried to storm their storehouse where a large cache of explosives and automatic weapons was stored.”

There are some suggestions that the incident may, in fact, have been mishandled to a certain extent. While the overwhelming numbers of protesters, relative to the small BSF unit, may have made use of lethal force necessary, Superintendent of Police (SP), Ramban, Bashaarat Masood, claimed on July 19,

“Police were standing between the BSF camp and the protesters. We had been controlling the mob for an hour. There was no need to open fire. The BSF men opened fire suddenly. I myself had a miraculous escape. I too would have been killed had my colleague not dragged me away."

The union government, the state government as well as the BSF have already announced a probe into the case. The BSF team of 30 personnel, which was deployed at Dharam to look after the security of the newly opened Qazigund-Banhihal rail link vacated the camp in the night of July 18 itself, and the state police has taken over the premises.

Earlier, on June 30, 2013, a civilian identified as Irfan Ahmad Ganaie was killed in army firing in the Sumbal area of Bandipora district when the army launched an operation in the region after being tipped off about the presence of militants there. On the same day, another youth, Irshad Ahmad Dar, was killed in the same area, after soldiers allegedly opened fire at protesters demonstrating against Ganaie's killing. On July 3, 2013, Police arrested an army ‘informer’, Manzoor Ahmad Sheikh, who had misinformed army about the presence of militants to take revenge against Irfan, with whom he had had a fight.

These were not isolated incidents. According to partial data compiled by the Institute for Conflict Management, the SFs have opened fire on violent protesters on at least nine occasions since 2011, resulting in six fatalities. Another two protesters drowned after being allegedly chased by the SFs. It is pertinent to recall here that at least 112 protesters were killed in SF action against violent demonstrators during the turmoil in 2010. Kashmir has sporadically witnessed such incidents, though at varying scales, since 2006. According to a July 2013 police report, there have been 2,317 incidents of stone pelting in the state, resulting in injuries to 5,643 state police personnel and 1,356 Central Reserve Police Force (CRPF) personnel, since 2008.

These protests have largely been orchestrated by various fronts linked to Pakistan’s external intelligence agency, the Inter-Services Intelligence (ISI), and have capitalized on every opportunity that presents itself by accident or design. The objective of such a mobilization has invariably been to provoke SF responses that will result in fatalities, and to use such fatalities to feed an unending cycle of street violence – a process that met with its greatest and most protracted success in the stone pelting campaigns of 2008.

Unfortunately, it appears that the state’s administration and political leadership is yet to learn the lessons of the past and have inclined, quickly, to add fuel to the fire. Instead of waiting for the reports of enquiries into the Ramban incidents, extraordinarily imprudent statements have been made by people in various positions of power. State minister for home, Sajjad Ahmad Kitchloo, claimed the ‘riots’ began after BSF personnel walked into a mosque with their shoes on. Chief Minister Omar Abdullah, despite, admitting that the tension escalated as a result of exaggerated rumours and reports about the incident in a section of the media, nevertheless added his own inflammatory remarks to the already heated debate, declaring,

“some amongst us are determined to repeat past mistakes and use force against unarmed protesters. Such incidents risk throwing the entire peaceful atmosphere in jeopardy.”

It may be recalled that Abdullah had also added to tensions in the aftermath of the Afzal Guru’s hanging (February 9, 2013), with the observation, on February 11, 2013, that

“Afzal Guru's execution may fuel a feeling of alienation among the Kashmiri youth… The onus rests on the judiciary and the political leadership to show that this wasn't a selective execution."

Similarly, on July 7, 2013, cautioning authorities in New Delhi against purportedly taking Kashmiris "for granted" he had said,

"Although the people, particularly those living in the valley, have always chosen peace against disturbance, one can't take them for granted forever. Permanent peace and tranquillity in the State is predicated upon the resolution of basic political issues bedevilling it.”

Abdullah has, indeed, often adopted the language of the ‘soft separatist’ constituency in J&K, despite visible and overwhelming evidence of declining public alienation in the State.

With people in authority making reckless remarks, it was expected that the separatist constituency, including the All Party Hurriyat Conference-Geelani (APHC-G) Chairman Syed Ali Shah Geelani, APHC-Mirwaiz (APHC-M) Chairman Mirwaiz Umar Farooq, Jammu and Kashmir Liberation Front (JKLF) Chairman Mohammad Yasin Malik, Democratic Party Chairman Shabir Ahmad Shah, and others, looking for an opportunity to reclaim their shrinking space, would jump onto the bandwagon. They did issue calls for protest marches and bandhs (general shut down), but, with the exception of a few incidents of violent protest in some parts of the State, peace has largely been restored.

SFs in Kashmir have learned much from the experience of 2010, and violent protests have been handled with much greater success through the use of minimal force. Despite tremendous challenges and intentional and extreme provocation, the SFs have avoided opening fire on crowds. This principal has been violated after a significant interregnum in the Ramban incident, and it remains to be seen whether the various inquiries determine whether the threat of the violent mobs was sufficient to justify firing by the relatively small BSF unit located there.

Whatever the particulars of this case, the challenge of managing violent mass protests will continue to return to haunt SFs operating Kashmir, and it is unlikely that the state’s political classes will respond with any measure of maturity to the inevitable crises that will periodically result. The onus, consequently, will necessarily fall on the police and paramilitary forces’ leadership to ensure that their personnel are deployed in formations that are trained, oriented, equipped and able to respond to street violence with minimal recourse to lethal measures.

We Need To Talk About IM