Host nation Australia's Daniel Repacholi bagged the gold medal in the event with a Games record 227.2 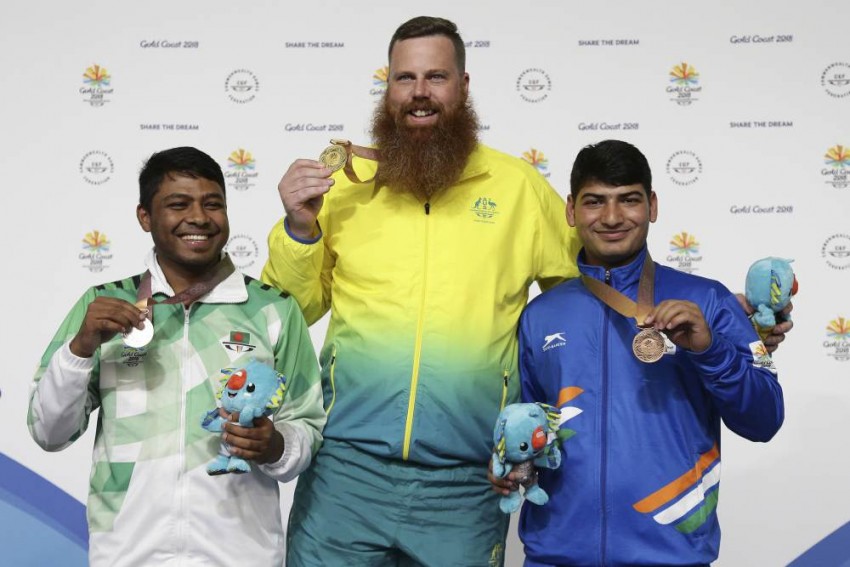 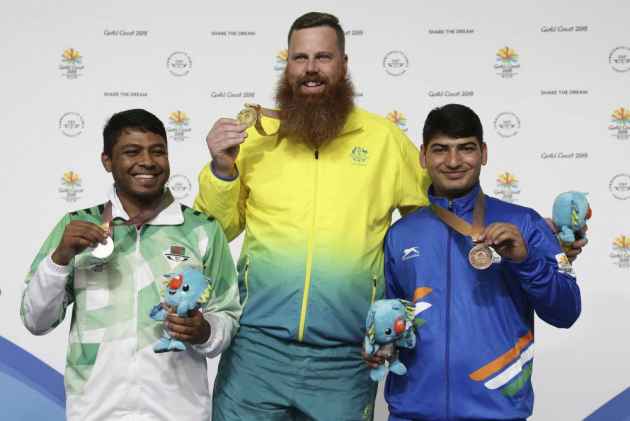 The young Mitharval, who has also a bronze in the 10m air pistol event two days ago, shot 201.1 to finish third in the eight-man finals at Belmont Shooting Centre.

Host nation Australia's Daniel Repacholi bagged the gold medal in the event with a Games record 227.2 while Shakil Ahmed of Bangladesh won the silver with 220.5.

Rai, gold medallist in 10m, was out of reckoning quickly, having managed 105.0 in what turned out to be a disappointing finals.

After being placed sixth at the end of first round of stage 1, Mitharval jumped to the top spot with 93.7.

The Indian maintained his lead with his next two shots but Repacholi went ahead by a point after to more attempts.

Mitharwal then found himself in the silver medal position with 148.3 following scores of 9.8 and 8.6, before a 10.2 and 10.0 placed him level with the home favourite.

He maintained the second position as he raced to 186.3, ahead by three points over Ahmed.

However, he could not continue the momentum and conceded lead in the following round with a 7.2 and 7.6, going down from gold to silver and finally settling for bronze.