'Criticism Is A Way Of Life'

I do not subscribe to the view that merely because an institution is created by the constitution, it cannot be criticised. 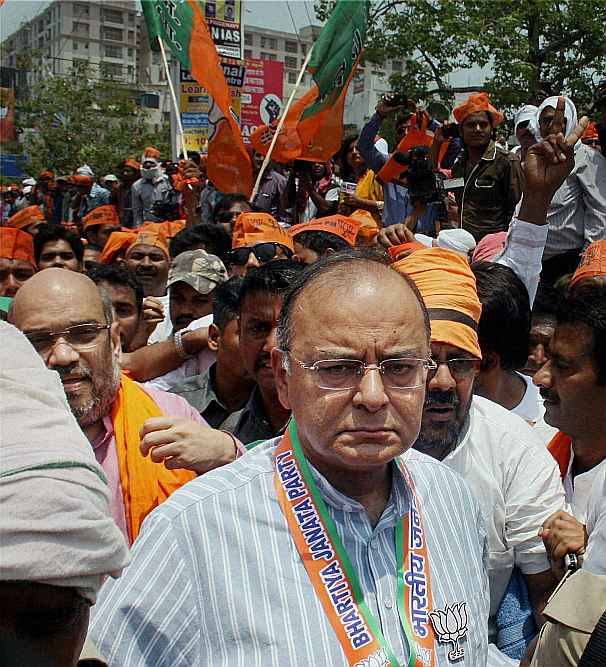 
The fact that Narendra Modi belongs to the OBC community is a major cause of worry to the Congress party. Though Narendra Modi has never made caste as his identity and his appeal cuts across castes and communities, the Congress worry is apparent. The ruling dynasty of the Congress cannot digest defeat at the hands of a commoner. It is therefore that they made his humble origin as a tea vendor into an issue. The move backfired.

Yesterday Shaktisinh Gohil, the leader of the Gujarat Congress, alleged that Narendra Modi had committed a “paap” of including his own community into the OBC list and thus changed his stature from upper caste to OBC.

Does the Congress Party believe that every time a caste is added to the OBC list it is a “paap”? In any case, the “Modh Ghanchi” was added as an OBC in Gujarat on 25th July 1994 by the Congress Party government headed by Chhabildas Mehta and in the Mandal Commission list by the government of India on 4th April 2000.

Both these events took place much before Narendra Modi became the Chief Minister of Gujarat.

I do not subscribe to the view that merely because an institution is created by the constitution, it cannot be criticised. Criticism is a way of life. To err is human. Criticism can be intended to put the institution to notice that either the current incumbent or future successors correct the error into which the institution has fallen.

Courts, Election Commission, Prime Ministers, Council of Ministers, Parliament and bodies like the CAG are all creations of the Constitution. They are manned by men either selected or elected. History is a witness to the monumental errors that some of them have committed.

In England, the Law Lords have held that even judgements of courts can be criticized. Justice is not a cloistered virtue. It must continue to suffer scrutiny. Lord Dennings the celebrated British Judge always maintained that judgements must be criticized since judges can go wrong and need to put on notice. The Indian judges have held that their decisions can be criticized but don’t impute motives of doubtful integrity on the judge. When a British paper published a photograph of three English Law Lords upside down with a caption “Those Old Fools” as a protest against their judgement, the House of Lords refused to take contempt action. One of the Law Lords later commented “How is it contempt? Old I am and my wisdom is a matter of opinion”.

S. Mulgaonkar and Shyam Lal the two leading editors criticized the judges and the judgement in the Habeas Corpus case delivered during the Emergency. They accused the court of timidity. They were charged for contempt. The contempt notice was discharged after a hearing. The Supreme Court held that the intention of Mulgaonkar and Shyam Lal was to strengthen the institution rather than weaken it and hence there was no contempt.

In the past, I led a campaign against a member of the Election Commission on grounds of lack of impartiality. The Chief Election Commissioner was asked to report on a petition signed by Members of Parliament. He upheld my charges. The Congress government in whose favour the bias was alleged refused to process the recommendation of the CEC.

Prime Ministers, Ministers, Speakers of the Lok Sabha and their rulings are regularly criticized. MPs are ripped apart frequently. The CAG has not even spared either. Where does one get the proposition that merely because you are a creation of the Constitution, there is immunity from criticism?

I have rightly criticized the Election Commission for failure to check booth capturing. I am convinced that to deny Narendra Modi the right to hold a rally in his constituency is both unfair and a denial of a right to campaign. Both the Returning Officer and the Election Commission have been rightly criticized for this blunder so that in future their successors do not fall into the same error.

I do not subscribe to a vague notion of self censorship based on an inter-institutional courtesy.