The foreign correspondent's bovine fixation: it's right up there with the Taj Mahal and snake charmers as visual clichés of India. 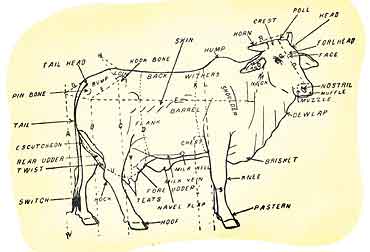 outlookindia.com
-0001-11-30T00:00:00+0553
COWS. They’re right up there with the Taj Mahal and snake charmers as visual clichés of India. I used to joke with a television colleague that the ultimate picture of this country was a cow, ambling by Shah Jahan’s monument to love in Agra while a cobra swayed to the sound of pan pipes off to one side. This sort of insouciance infuriates many of my Indian friends and, in part, I don’t blame them. Too often the visual media goes bovine when it snaps its shutter at this country. The latest on the cow beat—written on one of the international news wires—will get reprinted in newspapers all around the world while the latest success by Wipro or Sania Mirza is ignored.

I’m not being sectarian here when I recall an unfortunate event that set CNN back rather seriously in this country. In the mid-1990s, alarmed I presume by the inroads BBC World was making into the Indian television market, CNN signed a deal with Doordarshan to share pictures and coverage. This was similar to many agreements around the world that enable CNN to get quick pictures of certain events, the assassination of a Prime Minister, for example, or a new weapon on parade.

Anyway CNN organised a big event in Mumbai to launch their new deal with Doordashan. The city’s glitterati rubbed elbows with editorial bigwigs from Atlanta; Shiv Sena and Congress politicians nibbled canapés; Bollywood met America over a fleet of napkin-wrapped beer glasses. The highlight of the evening was to be a flashy film to promote the new deal, using famous CNN technology and flair. The lights went down, the curtain swept back but within minutes an expectant crowd was hostile, hissing and heading for exits.

Why? Because the opening image was a couple of cows ambling down a streetscape, munching on cuds and looking blankly at the camera. Never mind that later images were of modernity, what stuck were the bovines and it took CNN a while to recover from the bad publicity.

Which is a pity because cows are a good story in India. Cows get reported on here a lot, cruelty to cows, cows at large in middle-class neighbourhods, cows with stomachs full of plastic bags, micro-chipped cows being chased by bounty hunters. I mean how can you resist such images.

So when a court in Delhi decides to do something about stray cattle in the capital’s choked streets, it’s news. Okay, mea culpa, anyone who’s driven through Ashram Chowk and had their progress delayed by a bull who finds rush hour sexually arousing is motivated by more than the passing panorama of events.

But mostly, when we in the foreign media cover cows in India, we’re doing it in good faith, and for the same reason that courts order bounties, and microchips to curb strays. Or a BJP administration builds cow shelters for the dispossessed. Or a chief minister of Bihar shows a BBC correspondent his stables, or whatever you call the farm building where you keep cows. It’s interesting. It’s real life. And people are talking about it.

My advice to those who find the outbreak of mad cow coverage on the international media infuriating? Move to Pakistan. There the only cows you see are on their way to the butcher shop. Or Nepal, where the cow is the national animal and it’s feted every year in something called a ‘Gai Jatra’. Tika-ed street cattle are startled by Hindu holy men blowing conches in their ears while wives do pujas asking for boy children or a sober husband. India has cows about right, in my opinion. A source of wonder, debate and occasional media interest. And a good way to earn a quick Rs 2,000.