'Corrupt Judges Should Be Sacked' 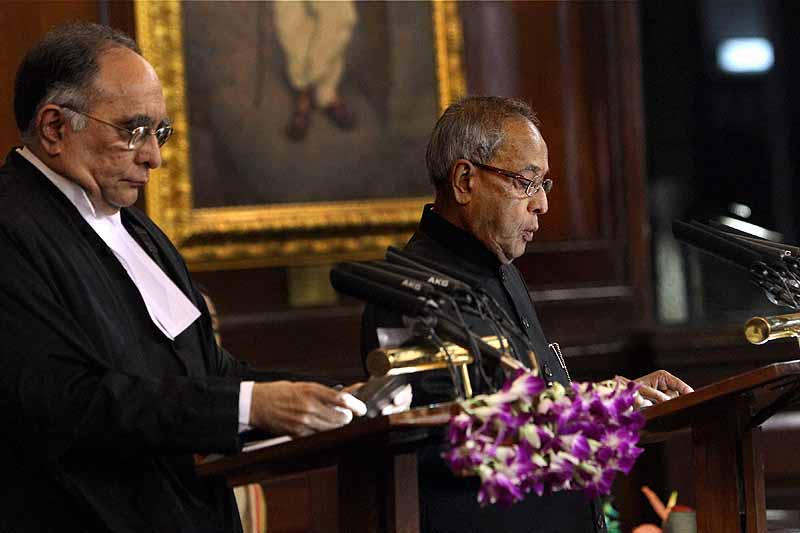 Some people started demanding that he be made Chief Justice of some High Court, and later brought to the Supreme Court.

The then Chief Justice of India, Justice Kapadia, had received several complaints about this Judge that even at Allahabad he was indulging in corruption, and Justice Kapadia requested me to find out the true facts about that Judge ( I was then a Judge of the Supreme Court).

At that time I had to go to Allahabad, my home town for attending a function, and while there I contacted some lawyers I knew, and got three mobile numbers of the agents of this Judge through whom he was taking money. On returning to Delhi I gave these three mobile numbers to Justice Kapadia, and suggested that he get these numbers tapped through intelligence agencies.

About two months thereafter Justice Kapadia told me that he had done as I had suggested, and the conversations tapped revealed the corruption of this Judge.

After this, Justice Kapadia should have called this Judge to Delhi and asked for his resignation, failing which he would refer the matter to Parliament for impeachment, but he did no such thing, (though he did not allow the Judge to become Chief Justice of any High Court or a Supreme Court Judge)

I may give another example. When I was Acting Chief Justice of Allahabad High Court I went to Delhi and met Justice Lahoti, the then Chief Justice of India, and gave him a chit containing names of five judges of Allahabad High Court who were doing shocking things. Justice Lahoti asked me: What should be done ? I replied that if he permitted, I would solve the problem in 24 hours. He asked: How ?

When I said this Justice Lahoti said "Please do not do this, because then the politicians will get a handle, and then they will set up a National Judicial Commission". I replied that since he was not permitting me to do this, I would not, but he may take whatever action he thought fit.

Later some of the five judges whose names I gave were transferred to another High Court.

But is transfer a solution ? Such corrupt judges should be sacked, but this is not done to ' avoid defaming the judiciary'. I again ask : Does corruption by Judges defame the judiciary, or does exposing such corruption defame it ?

I have given only two instances of corruption in this post, but I can give several more.