I am the daughter of the former Member of Parliament, Ahsan Jafri, who was brutalized, burnt in his own house and killed on February 28 during Gujarat violence that took place in the wake of Godhra incident... 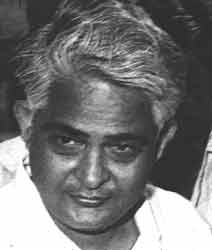 I am the daughter of the former Member of Parliament, Ahsan Jafri, who was brutalized, burnt in his own house and killed on February 28 during Gujarat violence that took place in the wake of the Godhra incident. It was hard for me even to believe that he is no more, that he is taken away so untimely and with such cruelty and brutality. As he was burnt and we did not find his body, there is no closure for me on his death.

During the past five months, I have swung wildly between the extremes of faith and hopelessness; brotherhood and utter disbelief in humanity; our ancient values and wisdom, and the displayed dance of immorality and violence in Gujarat. Over this time, I found myself even confronting my roots and religion. But thanks to the power of my father's teachings and the support of my family, I have now regained my balance, overcome my grief, even if only partially. Partially, because I still fail to control my emotions while thinking about the sword that ripped him, the fire that burnt him, the people who killed him. But I can now share with you my memories of my father, what he was to me, what he endured in his services to his family, his country, and how proud he has made us all.

He was my hero. The moment I close my eyes the entire period of my life from my early childhood to the day I got married and left my family in India, plays back. Repeatedly. He was with me every moment of that life and he is with me, in spirit, now, as I write this.

My dear Abba, I love you. We all love you. We all miss you. We thank you for your devotion, your faith, your courage, your values, your sacrifice. You have taught us to be selfless and not put ourselves first.

Ammi never tires of recounting the incident when in the bedroom of your old house, while you were sleeping, the small kerosene lamp on the side of the bed fell off and the curtain caught fire. You were sleeping on the side of the fire and Ammi was next to you. As the heat woke you up and you saw the fire, instead of jumping out of the bed immediately, you first woke Ammi up and asked her to get to safety. But as she woke up and saw the fire, she thinks she quickly jumped out of the bed and ran to the door without even knowing where you were or what you were trying to tell her.

It is more than 40 years since, but she still remembers and regrets that incident and feels guilty of putting herself first that day and not grabbing your hand as she ran to the door. In the wake of what happened on February 28, as she was upstairs in the house while you were being brutalized and burnt in your efforts to save the lives and honour of over 100 men, women and children who had gathered in your house seeking protection from the violent mob, that guilt has become unbearable for her.  She sees that 40 year old incident replayed, yet again, only if under different circumstances and with unbearable consequences.

Thousands of books in your library -- the treasure you had safeguarded and saved for your children and grandchildren -- the books on law, literature, philosophy, humanity, religion, national unity and your poems articulating your understanding of all that, have turned into ashes.

Kaliya, the young boy who had foot infection, cries and recalls how you took him to the doctor and used to personally dress and bandage his wounds. He also narrates how he, whom no one else would even touch, used to feel embarrassed to sit on the chair while you would sit down and tend to his feet.

Dozens of those whom you helped over the years also come and remember your kindness and generosity. Many of them also know how you used to ask them to white-wash the house, paint the doors, or remodel the toilets, kitchen, or garage in our house, not because that was needed, but because you wanted them to work and make a living for themselves. They all miss you.

Abba, I know if you wanted, you could have earned a lot of money through your practice or political career. But instead, constant with our ethos, the Indian ethos, you chose to lead a life of simple living and high thinking. If you wanted, you could have become a very powerful and pragmatic politician. But instead, constant with the values of your mentor and the ideal, Mahatma Gandhi, you chose to serve the people of our community, our country. Your poems on communal unity, national integrity and human dignity will continue to guide generations.

You have touched many hearts. A majority of Hindus and Muslims have come together in mourning you. You were an apostle of peace and an advocate of humanity and human dignity. Most of our Hindu friends express regret and shame over what a few misguided radicals, who they believe were Hindus, did to you and to the hundreds of other innocent people in the Gulberg Society and Gujarat.

Bearing a feeling of guilt, these friends often come and apologize to us for the Gujarat violence. But we tell them, as you would have, that it is not they who must feel guilty. It is not Hinduism that is responsible for the carnage, nor should it be blamed.

The misguided radicals were the extremists, the followers of extremism, which is a religion in itself. Hindus are as innocent, as kind, as compassionate, as God fearing and law abiding citizens as those Muslims who were made targets and killed in Gujarat by those extremists.

We tell this to all of our friends, here and everywhere. We love them, respect them and respect their sincerity and faith in our values just as you did. We share their concern and resolve to work together to eliminate the monster of fascism injecting and spreading the poison of hate in our society, our country.

Abba, there was a time when I was totally overwhelmed with my loss, when I repeatedly kept asking myself, "Why my father? Why him?" But thanks to your teachings, the teachings of always seeing the bigger picture of events and the bigger picture of our lives, I have recognized that there are thousands of others like me - men, women and children - who have lost their near and dear ones and who are also asking the same question.

Thanks to your optimism and my upbringing with a positive outlook, I choose to see love, brotherhood, peace and communal harmony in India. I choose to believe the violence and communal intolerance we saw in Gujarat was only an aberration and that soon it will pass.

My dear Abba, thinking about you and your teachings revitalizes my resolve to go out and help thousands of those homeless men, women and children in the wake of the Gujarat massacre who have been suffering what is insufferable, who have been enduring what is unendurable.

I am not bitter against any individual, or any community. Following in your foot-steps, I with your son-in-law Najid Hussain, am working to the best of my capacity and capability, to help those destitute people. We have help from several individuals, institutions and organizations. We are working to provide those people rehabilitation, guarantee their safety and security and work to ensure justice in Gujarat.

And bless the country you served all your life with distinction, honour and a selfless devotion. Bless us and guide us so that we can clearly see and tread the path you showed us -- the path of kindness and compassion, of unity and integrity, of peace and harmony -- so that we never have to see Gujarat repeated ever again.