One of the authors of the controversial PCI report that was sought to be scuttled says he is "not surprised entirely, but very disappointed. The publishers' lobby proved to be very powerful indeed". Extracts from an interview. 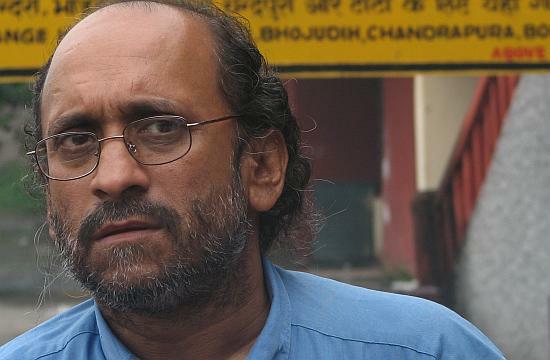 The subcommittee -- comprising you and K. Sreenivas Reddy -- was said to have been praised for preparing the report [“Paid News”: How corruption in the Indian media undermines democracy] in the full Press Council of India meeting of July 30. But, eventually, in the final report submitted to the government of India, your 36,000-word report finds a mention only as a footnote. It is not even on the website of the PCI as a "reference document".  Were you surprised that your "devastating report" has been effectively buried never to be made public officially?

Not surprised entirely, but very disappointed. The publishers' lobby proved to be very powerful indeed.

What do you make of the final report?

Well, it basically lacks what our report set out to do -- name and shame those who have been guilty of the pernicious practice of "paid news".  Second, our observation that the proliferation of the “paid news” phenomenon can be related directly to the diminution of the role and the status of editors in media organizations and the erosion of the freedom enjoyed by journalists under the Working Journalists Act finds no mention in this report -- or, more correctly, it does but only as the only other footnote in the final report. [“It also decided that the issue of strengthening the Working Journalists Act be taken up separately.”].  As our original report put it, as more and more senior journalists chose to work with their employers under fixed term contracts, they opted out of the protection that was accorded to them under the provisions of the Act. Until the 1970s and the 1980s, many editors would not brook any “interference” from the management of the company they would be employed by – the number of such editors started dwindling as more and more senior journalists started acceding to every whim of their managers and employers instead of their editors. With managers playing a more influential role in the selection and presentation of news, it was not surprising that the importance of news started getting determined by the revenues that would be generated for the media company.

Even the question of "private treaties" is dismissed in a few, general sentences...

Yes, you just need to compare the two reports and all should be clear.

Why do you think you were asked to probe the phenomenon of paid news if your findings were to be buried like this?

Frankly, I don't think those who asked us to probe the phenomenon realised the hurdles and opposition they would face from the powerful publishers' lobby. But it is a very good question to raise. After all, the report was prepared using the taxpayers' money. It costs the exchequer -- you and me – to fund the Press Council of India. Both of us in the subcommittee -- K. Sreenivas Reddy had to come down from Hyderabad to Delhi and I travelled from Delhi to Hyderabad -- and we both travelled to Mumbai. We spent over six months on this report -- travelling, talking to those allegedly soliciting paid news, asking those charged to respond, taking down depositions, documenting, collating...  So a lot of time and effort went into the preparation of the report and it is, therefore, disappointing not only because it was in the public interest to disclose the sub-committee’s report but also because the fact that it has been consigned to the archives is bound to raise questions about the credibility of the Press Council of India (PCI).

You mean the chairman of the PCI, Justice G.N. Ray...?

No. He has been very supportive. He was in favour of the full report of the sub-committee being annexed to the final report. In the end it came down to the powerful publishers who were able to narrowly outnumber those in the PCI who favoured the disclosure of the sub-committee’s report.

Did you record your dissent to the way the final report was drafted?

We were hoping that our report would at least be included as an annexure to the "final" report, howsoever the latter was drafted. Till the last moment, during the July 30 meeting of the full Council, the Chairman of the PCI and some of us tried to at least ensure that this report be annexed to the final one. But in the end, no voting formally took place although there was a show of hands. We, who favoured full disclosure of the sub-committee’s report, were prevailed upon by a slim majority of the 23 members of the Council who were present till the end of the meeting that afternoon.

On the basis of cross-checking with a lot of those who attended the July 30 meeting, we believe that out of a total of 30 members of the PCI, only 23 plus the Chairman attended and out of those as many as eight -- with the chairman, nine -- were eventually in favour of the report being annexed to the "final" one …Is that correct?

Well, it was a show of hands. But, yes, the numbers were very close. You could say that even if all those who remained non-committal would have voted against full disclosure, it was still a thin majority.

So effectively, the very fact that this report was scuttled proves the point? Do you think that those who absented themselves or those who remained non-committal were part of this conspiracy of silence?

It would be the obvious inference to draw. A powerful lobby of publishers who had been named in the report did not perhaps want to be shamed on record.

There has been some talk of why get into "the ugliness" of it all. What exactly was "ugly" in your report?

You tell me. You have read it.

Well, the real ugly part seems to be the way it was treated. But some of those who have read the report say that all you have basically done is to compile existing information that has already been published, with a speech or two made in public added. What are your reactions?

I wish to make some basic points about the report:

First, everything in the report is fully attributed. There is no anonymous allegation.

Second, all those against whom charges were levelled were approached and asked for their responses. Apart from those who chose not to respond, who are also mentioned, all the replies are carried in full. No editing was done, nothing shortened for reasons of space.

But there was no "hard evidence"...

That is my third point. We did not do any "sting" operation. Since we are not an investigative agency like the CBI or the Income Tax authorities, we could not unearth "smoking gun" evidence of A paying money to B or X receiving cash from Y. But we documented and collated all charges and depositions -- some of them in the form of written statements, emailed accounts as well as legal affidavits.

Take the case of a politician admitting to having paid for coverage. Parcha Kodanda Rama Rao of the Loksatta Party, for example, detailed, as he did to Outlook earlier, that he called up the Eenadu advertorial executive on April 10, 2009 to cover his campaign. As the report says on page 45, "For the remaining days he demanded Rs 1 lakh but I agreed to pay Rs 50,000 and paid it there and then in cash. He neither gave me any receipt nor acknowledgement for the said amount. The result of my payment was evident in the news coverage given to me on April 13, 14 and 15, 2009 as compared to inconsequential coverage given to me from March 28, 2009 to April 12, 2009."

He provides the answer you seek: “What is happening between the candidates and the newspaper managements is known only to both of them and it is a perfect cash transfer scheme from one to the other. It cannot be proved unless a secret detective operation is carried out with video cameras. However, I have established circumstantial evidence for the whole shady transaction in an election petition in the High Court of Andhra Pradesh.”

Another criticism of the subcommittee report is that only a few media houses have been selectively singled out...

No! Clearly, we only probed the allegations made. If we had received more, those would also have been included. But even now a large number of major media organsiations were covered, including Bennett, Coleman and Co. Ltd (BCCL), HT Media, Dainik Jagaran, Daink Bhaskar, Punjab Kesari, Lokmat (headed by Congress Rajya Sabha MP Vijay Darda), Eenadu, Sakshi among others.

Why do you think there is hardly any media-coverage of this...?

Well, that's a pity. The same powerful media which otherwise wants transparency from all -- from the country’s elected representatives, from the judiciary, from the bureaucracy etcetera etcetera and which also talks loudly about the need to curb corruption in high places -- can indeed be complicit in perpetuating this conspiracy of silence.