"Closed Borders Are A Form Of Violence"

A passport is just a flimsy document with a cheap stamp that nonetheless determines life and death. 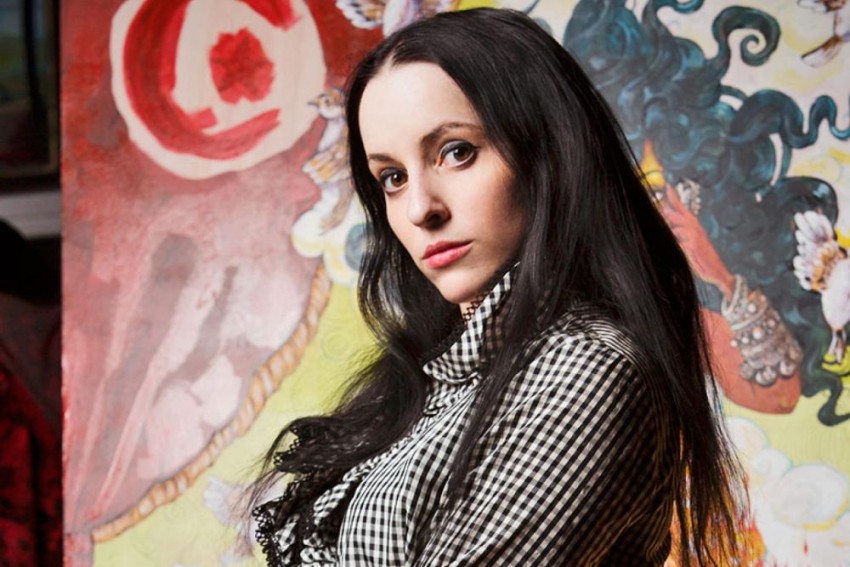 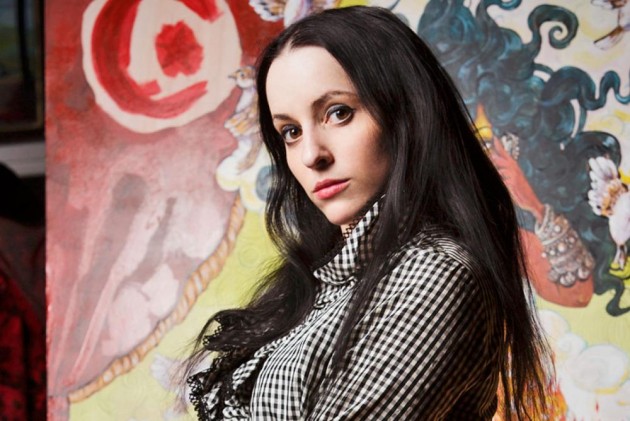 An artist, illustrator and journalist, Molly Crabapple has never let rules determine her path. She is a columnist for Vice and reported from Guantamo Bay, Syria, Iraqi Kurdistan and Gaza. She once locked herself in a hotel room and came out of it with Week in Hell, a product of interrupted drawing for one week. Her most recent work is the memoir Drawing Blood. Here Molly talks about art, autonomy and citizenship. Excerpts from an interview with Dipsikha Thakur:

In an interview with Vice, you said that it can be "fucking boring" to make art. What keeps you going through that?

I think it's with the knowledge that what I am doing, art, is intrinsic to me as a person. I have been drawing since I was four years old. It's how I cope with the world, how I see it. It was my first friend. Even if it's hard, even if it's boring, even if I have to punch my hand in order to keep going, it's worth it.

So, it's more than just what you do—it's a part of who you are.

Art is in my blood. I cannot imagine doing anything else.

You have previously said that when you decided to pursue it as a career, it suddenly became a matter of paying $40,000 a year to train for something you had always loved doing. Overpriced education seems to be a problem across creative fields right now. Can you tell us a bit about your experience of it?

The most elite sort of preparation an artist can get in in America is to go to Yale and do their MFA. That puts you in contact with the ruling class. Gallery owners come to your shows. You have a 25 per cent chance of ‘making it'. But if you're outside of that? Why go to expensive art school? If you are going to financially doomed and if you are going have to make it by your wit anyway then why not at least avoid being shackled by tons of debt?

You are a journalist as well as artist. The financial burden of j-school degrees, especially those in the US is as bad...

Exactly. Our degrees are expensive and increasingly worthless in these precarious times. Debt just makes things harder for ourselves. I think I have had a massive amount of freedom in my life because I didn't go to an expensive school and have to take student loans, so paying back hundreds of dollars a month to a bank was never even a question.

But as you said, a degree also comes with certain privileges. It gives an artist's work a seal of acceptability. How did you find the experience of getting people to look at what you were doing?

It was fucking brutal. I worked nearly every waking moment of my life since I was twenty to be where I am today. I did not have time to hang out with friends. I did not have health insurance. Because I wanted to have money for my art, for supplies, I worked at precarious, sketchy jobs because that's what gave me the time to pursue art. I devoted absolutely everything I had to it and it was still never easy. In the end was a combination of sheer bloody-minded tenacity and luck. And throughout it all, it was so, so hard.

Thank you, Molly. It's really reassuring to know that as young people in similar fields. It's so hard to be taken seriously.

Truth. Nearly no one would take me seriously at first. People would not even believe I was an artist.

Let's talk about your work as a journalist. You have reported from Guantanamo, Syria and Gaza. Having reported from quite a few battlefields of national identity by now, what are your thoughts on citizenship and passports?

Honestly a passport is just a flimsy document with a cheap stamp that nonetheless determines life and death.

And citizenship? How would you say reporting on the refugee crises in Palestine and Syria have shaped your thoughts on value of nationality as an index of identity?

Well, I believe that human beings have a natural right to freedom of movement. That's the first thing, and thus, closed borders are a form of violence. I also reject a distinction that gets made in the West a lot between the good refugee and the bad migrant. It underestimates the violence inherent in poverty and it refuses to see how blurry these categories can become.

Can you give us an example?

In Turkey, two and a half millions of Syrians are refugees, fleeing the horrors of the civil war back home. Because of their vulnerability, many of them are forced to work dangerous, backbreaking, exploitative sweatshop jobs, for barely any money. Turkey can also be a dangerous country, especially for journalists, but many Syrian refugees are fleeing to Europe because they want to have a decent future for themselves.

In Libya, inversely, Sub Saharan Africans who came to the country as economic migrants then fled to Europe as refugees—driven by the violence of the militias post Gaddafi. These categories bleed into each other so quickly that drawing hard and fast lines between them—as good liberals often tend to do—can be counterproductive.

Do you think borders, and by extension, nations, can have any positive functions at all?

This is such a huge question; I don't know if I can give you an answer at once. Obviously, I believe in communities. In my ideal world, passports wouldn't determine freedom of movement, and they are a big part of nationhood. The borders of nation states are usually drawn in blood. Since I am an artist and since I have the privilege of staking my territory where I please and perhaps shifting the discourse a little bit, I'd say that yeah, no passports, please.

'No Idea Who Shakespeare Slept With'