Pandit Bhaduri, considered to be one of the masters of Bengali songs and Bhajans, was suffering from chronic obstructive pulmonary disease and other respiratory ailments. 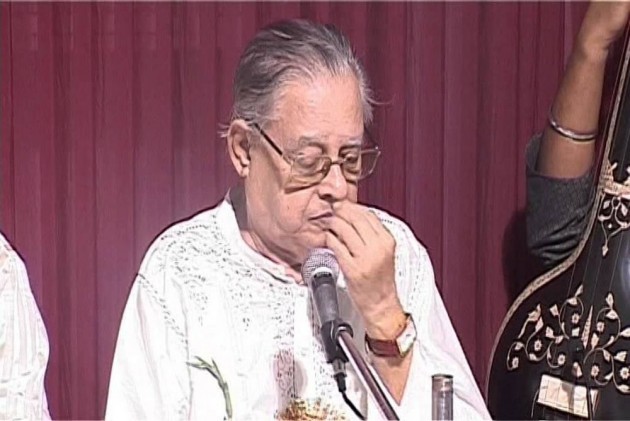 Bhaduri is survived by his wife and son.

Pandit Bhaduri, considered to be one of the masters of Bengali songs and Bhajans, was suffering from chronic obstructive pulmonary disease and other respiratory ailments for quite sometime.

Chief Minister Mamata Banerjee expressed her grief over the demise of Pandit Bhaduri.

"I am deeply saddened by the sudden demise of Pandit Arun Bhaduri, an exponent of Kirana, Rampur Gharana...

I am deeply saddened to know that the renowned singer Pandit Arun Bhaduri is no more. Our government had conferred on him the state’s highest civilian award, Banga Bibhusan, in 2014 for his outstanding contribution to music 1/2

"He was a guru at the state Sangeet Academy. In 2014, we had conferred Bangabibhusan award. I convey my heartfelt condolences to members of his family, friends and followers," Banerjee said in a statement.

Pandit Arun Bhaduri's passing away will create a big void in the world of music and culture. I convey my deep condolence to his family, friends and admirers 2/2

The veteran singer had served as a guru (teacher) at the ITC Sangeet Research Academy, and was a top radio and television artiste.

Pandit Bhaduri was trained in Indian music by Md A Daud and Md Sagiruddin Khan.