DU's CPIO rejected the RTI query stating that the Indian Postal Order (IPO) was not marked to the registrar of the University. 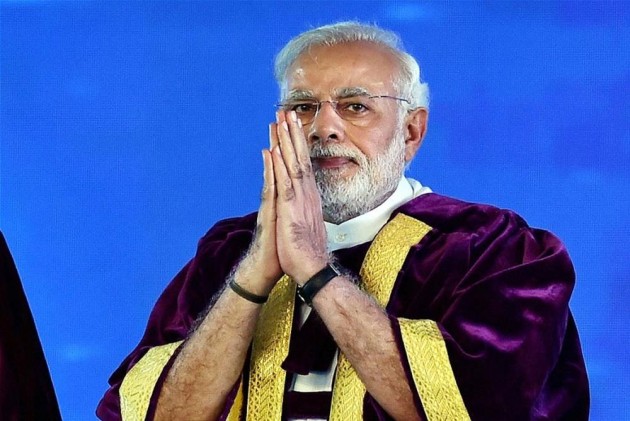 In a controversy that has been raging for a while, the Central Information Commission (CIC) is said to have slapped a fine of Rs 25,000 on Delhi University’s Central Public Information Officer for rejecting an RTI query asking about Prime Minister Narendra Modi’s graduation degree.

According to a report in The Economic Times the Chief Information Commissioner M. Sridhar Acharyulu pulled up DU’s CPIO Meenakshi Sahay, mentioning that he found her suggestions for not furbishing the information as “penny wise, pound foolish”.

The plea to inquire about the PM’s degree was filed by a Delhi-based lawyer Mohammad Irsad and the application was turned away, stating that the Indian Postal Order (IPO) was not marked to the registrar of the University.

The CIC reportedly directed the “public authority” to recover the cost from Sahay’s salary, admonishing the fact that thousands of rupees had been wasted in a legal battle for a postal order that costs Rs 10.

Sahay is said to have told the CIC that she had no malice in mind while rejecting the plea  and that she was following the guidelines laid down by the University.

The CIC was scathing of the matter though, reportedly calling it “pathetic” that “such a simple request for information has been dragged to the level of second appeal, building heaps of documents with multiple files".

A day earlier, the CIC had asked the Delhi University for all the records of students who appeared for the Bachelor of Arts in the year 1978, the year that the University claims PM Modi finished his degree. The CIC had rebuffed the argument of the Central Public Information Commissioner that it was third-party personal information, saying that there was “neither merit, nor legality” in their argument.

Soumitra Bose / The decision to ease Virat Kohli out as ODI captain could have been more professionally handled.