Historian Francois Chaslin on Swiss-French architect Le Corbusier's political leanings and its influence on his art. 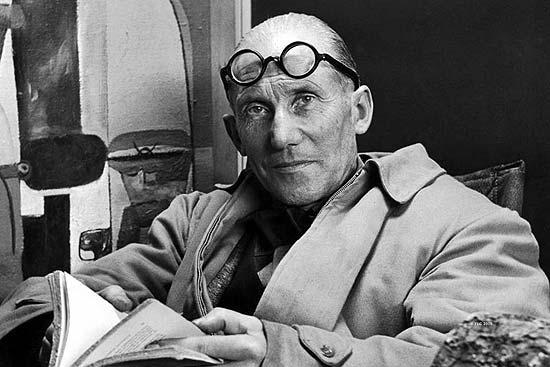 Le Corbusier, the Swiss-French architect and urban planner is making news in the 50th year of his death. He designed Chandigarh's master plan and buildings in Ahmedabad, but is being recollected for connections with right wing groups, anti-Semitism, even fascism. The trigger was publication by Seuil in France of historian, teacher Francois Chaslin's work, the 500-page Un Corbusier, that reveals new information on Le Corbusier's complex private life. Edited excerpts of a phone interview with Pragya Singh on the scandal, and whether Chandigarh residents need to now make peace with their beloved architect's past.

The world is scandalised since Un Corbusier, while you have been critical of the response to your book. What has gone wrong?

I tried to write a portrait, a character of a man, a historical character of Le Corbusier. Of course it had good facets and bad, and there are subtleties involved. It so happens that there are two more books, one particularly focused on the Fascism aspect of Corbusier's life. I have 100 pages or so, on this subject, in a 500-plus page book. But yesterday I saw that there were 300 articles about it [Corbusier the fascist] in 33 different countries. A kind of foolish movement of opinion is taking place. I attribute some of this to the unique quality of the Internet, which can take information on a free-wheeling course. The same is with the papers, which have now made some kind of connection with the Internet to create a discussion. I read somewhere a comparison or mention of Le Corbusier next to Pol Pot—it's very hard to understand.

Nevertheless, should people in Chandigarh, or Indians generally be alarmed at the revelations by a number of scholars including you? Is it not natural for people to draw a conclusion about Fascism from the recorded statements of Corbusier?

When I came to Chandigarh several times, it was not at that moment with the plan to write Un Corbusier, though it is the culmination of all the work I have done and all my travels. Le Corbusier, when he came to India in the 1950s, for working on Chandigarh, he was already 65 or 70 years old. He was not the same man who, in 1922 or 1925, came up with the first master plan of an ideal city, nor was he the man who had worked on Paris. In his younger years he had been avant garde, a radical. That was when he began to have some leanings, some friends and perhaps kept some company with people who belonged to the right wing, or fascist friends. This changed later, and in any case it was not fascism of the 1935 onwards variety. The fascism of the 1920s was not the same as we got to understand just after the war.

In the period right after the Great War millions of people had moved from wide geographical areas to be elsewhere, after this great movement of people, there were new engineers, new architects, who tried to invent a new world. In the fascism period this might have been a dream of some of them; but twenty years later Le Corbusier's relationship with fascism was wholly changed. He was, I can say, a little bit anti-Semite, not an anti-Semite as Hitler was. The question is, how do we arrive at this judgement, that Le Corbusier was not anti-Semite? Because all [we know is], that he wrote a few letters, to private friends of his, like to his mother, where he mentioned Jews disparagingly.

And that would get the media's attention, would it not be expected to create a stir and to denounce him later in years, when the revelations are made?

This was a time when the Jews of Europe were arriving, the 1920s, and a time when people hated anything new. A new populace from Germany, from Russia, very active and efficient, was arriving, and it created a rejection by society. It was a mistake, a crime, but anti-Semitism was not so strong in Le Corbusier's friends. He wrote a letter to his Mother using the word “atrocity” to describe what happened. What people don't talk about is that he was also associated with many organisations and groups, not directly, but by the way, which includes, Left Democratic organisations.

Is there no connection between ideology and architectural works, then?

I think there is a connection. Le Corbusier was a member of the international group called Congres international d'architecture moderne (CIAM) and it held its Athens Congress on a ship sailing from Marseilles to Athens. They discussed then and laid the ground work for a new system of thinking, a synthesis that was finally formed as the Charter de Athens, 1942, dealing with efficient construction and cities, which became the norm after the 1950s. Zoning, as discussed in my books, was a part of this Congres, and the idea that you have to organise zones figures in the city of Chandigarh as well. He had an idea of how streets are to be lit—in fact, the ideas of ninety per cent of architects after the war, more or less, emerged from his ideas.

He was a maniac, a man of good, clear reasoning, he had a system of thinking. I think the criticism of his views is excessive. In 1925, he was in his young years. In the 1950s, he was not. Besides, fascism had, by then, been destroyed around the world. Le Corbusier was inspired more by Nehru than Mussolini in Chandigarh. If you read his descriptions, you realise that he had an idea of a new country just building itself up, and he made unique plans for it.

What kind of plans?

The ideal is always to implement something unique for men [people] with a unique culture. Le Corbusier was not well-versed in Indian culture of course, he was not a specialist on India, but he had sympathy with the causes of Nehru's country. It was the time of the Non-Aligned Movement and India was very important in that.

What was your impression of Chandigarh. Were you disappointed with what you saw of the later Le Corbusier?

You see, it is very difficult [for an urban planner, foreigner] to know what is good for people. I found Chandigarh very quiet. I was in India to see Chandigarh and had in mind the administrative buildings in particular [High Court, Secretariat] which I wanted to examine and visit them. I found the city very quiet—to point out just one thing—compared with the hustle and bustle of India or the old city of Delhi. You see Chandigarh is green, has wide roads, and trees along the houses, and I suppose it was very difficult for a European to understand the nuances of India. It is a little bit quiet, a little bit annoying in its regularity, but the spaces he created are very large.

Why are French people and papers up in arms about something the world knew 40 years ago; that Le Corbusier had right wing leanings? Do architects care a lot?

You have to understand, Le Corbusier is a kind of idol, because he pushed very high. He is, to architects, an incarnation of the idea of architecture. If you begin to destroy or criticise this idea, it creates a great sadness among architects. Even if it is true, you risk destroying all that we architects live and struggle for—architecture itself.

Did the letters to his mother where he mentions Jews disparagingly not trouble you?

I discovered many things about Le Corbusier and my opinion is not totally changed but a little bit changed—I see that he had faults.

Is there something called fascist architecture which we still see as such?

In part, fascism in Eastern Europe was attributed with the desire to go back to traditional designs. In Japan for instance, in many French buildings, such attempts were made, to recreate the past. So in France an effort was made to re-create Normandy or the South of France. Then there was something that always pushed the fascists to link their works with idea of empire. In Germany and Italy in particular, you saw the revival of large [Grecian] columns and creative styles associated with great architecture of the big empires of the past. Then again, in Italy, the fascist form also favoured the modern. So, on the whole we have great parts of the world with fascist architecture which were very plural. The relationship between the two is obviously very complex.

Does Le Corbusier fit the style?

Le Corbusier changed the style of architecture over 50 to 60 years. He made the experience pure and simple, like his promenade. He made buildings and structures more strong, but with the addition of curves and shapes, also a little more sensual. He was a great inventor of styles and also a great inventor of forms. In formal expression and aesthetics his ideas were more liked with authority, with politics, than architecture. His idea of a town is highly relevant in relation with his political reflection but when he built, say, a chapel, it was independent of politics.