While taking permission of the Delhi High Court to close the case, the agency which began their probe in May last year had said all aspects were looked into but it could not find any trace of an offence. 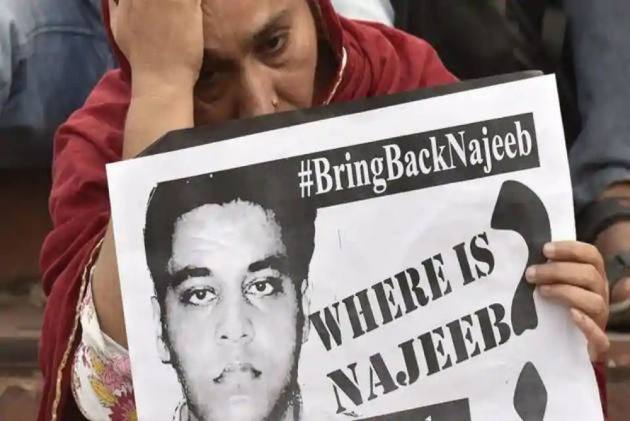 The Central Bureau of Investigation has submitted Najeeb's report in Patiala House, finally closing the case of missing JNU student Najeeb Ahmad after the agency failed to trace him after a long search.

The agency submitted the report after seeking permission from the High Court.

The court is likely to hear the matter on November 29, they said.

While taking permission of the Delhi High Court to close the case, the agency which began their probe in May last year had said all aspects were looked into but it could not find any trace of an offence.

Najeeb Ahmad had gone missing from the Mahi-Mandvi hostel of the Jawaharlal Nehru University (JNU) here on October 15, 2016, following a scuffle the previous night with some students allegedly affiliated to the Akhil Bharatiya Vidyarthi Parishad (ABVP).

The agency had announced a reward of Rs 10 lakh for anyone giving information about Najeeb and informed police chiefs of all state police in the country, they said.

It also received some inputs from Maharashtra, Himachal Pradesh and Delhi where teams were immediately dispatched but to no avail, the officials said.

The agency had carried out a thorough check on unidentified bodies and pasted Najeeb's photograph on toll stations seeking information about him but these efforts did not result in any positive results, they said.

After exhaustive search, the agency has decided to close the case, they added.