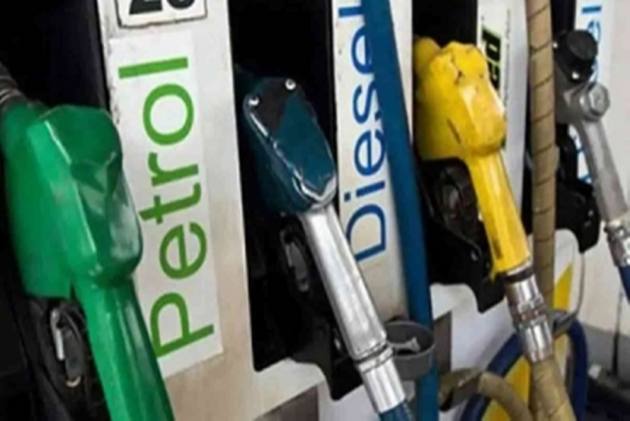 Petrol price on Monday neared Rs 100-a-litre mark in the national capital after the rate was hiked yet again.

Petrol price was increased by 35 paise per litre while there was no change in diesel rates, according to a price notification from state-owned fuel retailers.

Petrol price rose to Rs 99.84 a litre in Kolkata. Rates are already above Rs 100 mark in other metros.

Fuel prices differ from state to state depending on the incidence of local taxes such as value-added tax (VAT) and freight charges.

As much as 55 per cent of the retail selling price of petrol in Delhi is made up of taxes (Rs 32.90 a litre excise duty collected by the central government and Rs 22.80 VAT levied by the state government).

Diesel, the most used fuel in the country, is above that level in some places in Rajasthan, Odisha and Madhya Pradesh.

The hike on Monday is the 35th increase in the price of petrol since May 4, when state-owned oil firms ended an 18-day hiatus in rate revision they observed during assembly elections in states like West Bengal.

In 35 hikes, the price of petrol has risen by Rs 9.46 per litre. During this period, diesel rates have soared by Rs 8.63 a litre in 33 instances of a price increase.

Oil companies revise rates of petrol and diesel daily based on the average price of benchmark fuel in the international market in the preceding 15 days, and foreign exchange rates.