'Not All Banks Will Be Privatised,' Says Nirmala Sitharaman

In her Budget Speech on February 1, Sitharaman had announced that the government proposes to take up the privatisation of two PSBs and one general insurance company in the year 2021-22. 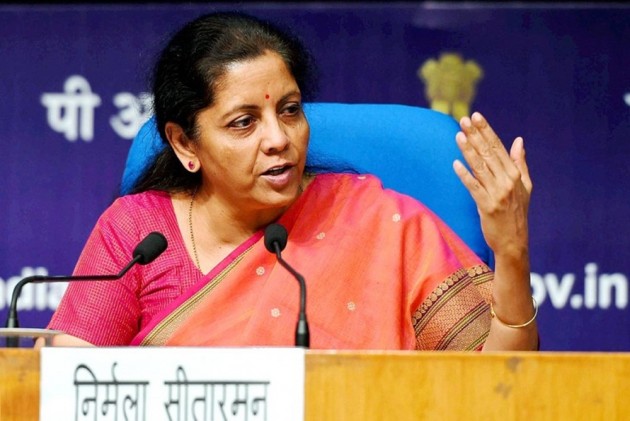 Union finance minister Nirmala Sitharaman said that not all banks will be privatised and wherever it happens, the interest of the employees will be protected.

The minister was addressing a Cabinet briefing, when she said that the public sector enterprise policy 'very clearly' states that the Centre will continue to operate public sector banks.

"...we have announced public enterprise policy based on which we have identified those four areas in which we said government presence, public sector presence will be there, and bare minimum presence is what we have said, in that financial institutions are also there.

"Meaning, even in financial sector we will still have the presence of public sector enterprise...not all of them are going to be privatised," she said.

Even for those which are likely to be privatised, Sitharaman said the government will ensure that "these privatised institution will also continue to function. After the privatisation, we will also have to ensure that the staff or the personnel who are there, their every interest will be protected."

In her Budget Speech on February 1, Sitharaman had announced that the government proposes to take up the privatisation of two public sector banks (PSBs) and one general insurance company in the year 2021-22.

This would require legislative amendments and she had proposed to introduce the amendments in the ongoing Budget session of Parliament itself.

Nine bank unions are observing a two-day strike opposing the government's policy to privatise lenders. Tuesday was the last day of their strike.

At the press conference, the minister referred to the amalgamation of PSBs and said the country needs many more lenders of the size of the State Bank of India (SBI).

She further said the government wants financial institutions to get more liquidity and more people to put money into them to make the entities sustainable.

The government wants the staff of these financial institutions to be able to perform their duties, in which they have acquired skill over the decades, and run the banks, the minister added.

"So, to immediately quickly conclude saying 'oh every bank is going to be sold off' is not right.

The government has merged 14 public sector banks in the last four years.

The four strategic sectors in which the government will continue to have its presence, though bare minimum, are -- atomic energy, space and defence; transport and telecommunications; power, petroleum, coal and other minerals; and banking, insurance and financial services.