Burning Effigies Will Not Deter Me From Carrying Forward Fight Against Black Money: PM Modi

Modi said that more than 3 lakh companies have shut down after demonetisation and a probe into 5,000 such firms has found a fraud of Rs 4,000. 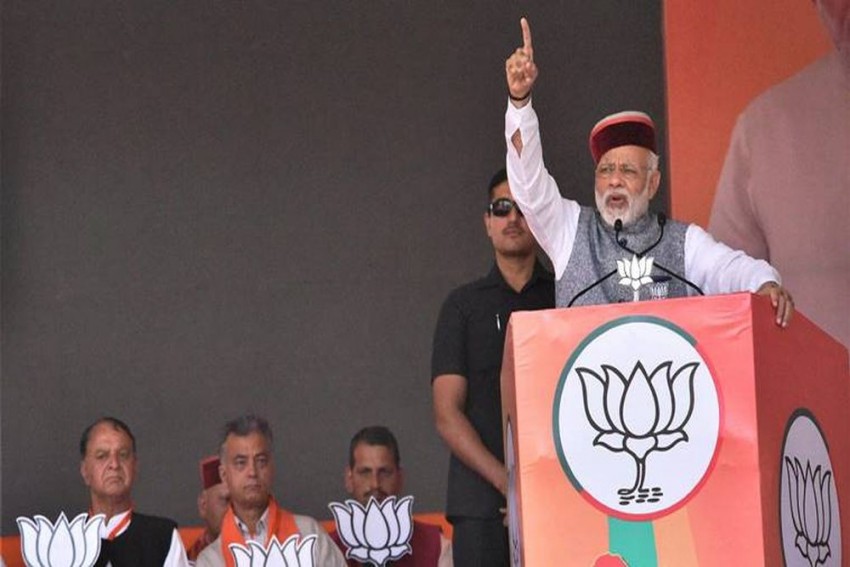 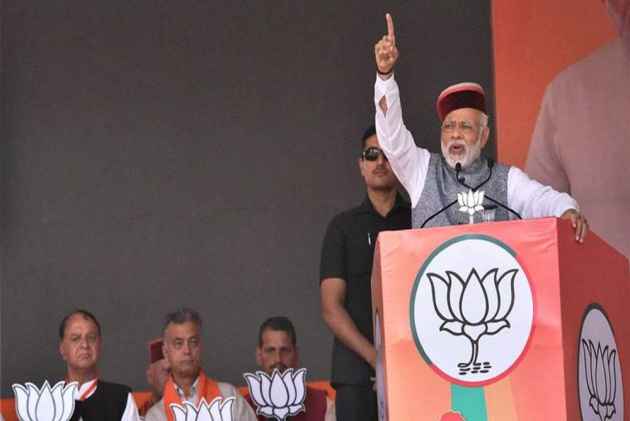 Unfazed by the November 8 protest call by the Congress on the first anniversary of demonetisation, Prime Minister Narendra Modi on Sunday said burning effigies will not deter him from carrying forward the fight against corruption and black money.

At poll rallies in Himachal Pradesh seeking support for a BJP government with three-fourth majority, he accused former prime pinister Indira Gandhi of not going for a note ban when needed and said he would not have had to carry out this big task had she taken the step years ago.

Modi said that more than 3 lakh companies have shut down after demonetisation and a probe into 5,000 such firms has found a fraud of Rs 4,000 while investigation against others was on.

He said the Congress is "angry" at demonetisation as it is still feeling its effect and cited it as the reason for the party's "mourning" by giving a public protest call. `"Few people who faced the heat of demonetisation are still complaining and are planning to observe November 8 as 'black day'. The Congress cannot scare me by burning my effigies," he said a well-attended poll rally in Kullu.

"The Congress is planning to observe 'mourning' in the coming week. It has nothing to do except grieve in the coming days. I do not fear burning of my effigies. My fight against corruption will not stop," he also said at another rally in Palampur.

Modi said note ban had disturbed the sleep of Congresmen and their anger has not cooled, alleging they had big bags and garages full of notes which were banned due to his decision.

The opposition parties, including the Congress, have said they would observe November 8 as "black day" across the country by organising protests and effigy burning, besides candlelight marches.

The prime minister alleged that Indira Gandhi refused to carry out note ban after a panel headed by Yashwantrao Chavan recommended it, alleging she kept her party's interests over that of the nation.

"Had she done note ban when needed, I would not have had to carry out this big task. For the Congress, it is never 'dal se bada desh' (country bigger than party). For them only their party's interest comes first," he said.

"The Congress and corruption are inseparable, they are like a tree and its roots. All their leaders are out on bail after facing serious charges of corruption and they are speaking about putting a check on corruption," he said, adding, "Corruption is the only identity of the Congress party."

He also claimed that the Congress is now "fearing" that he will bring a law to check benami property and book all those who have brought assets in the name of others as the opposition party had failed to do so when in power.

Modi said there were reports that around 3 lakh companies have shut down after demonetisation and a probe into financial dealings of 5,000 such firms has revealed frauds to the tune of Rs 4,000 crore.

"Imagine what will be the amount of fraud committed by 3 lakh companies," he said, adding that some of these companies were such which dealt in black money worth crores of rupees but had only two chairs and a table in their offices.

Pledging his party's support for the overall development of Himachal Pradesh, he said the hill state needs to be freed of 5 Mafias - 'Mining Mafia', 'Forest Mafia', 'Drug Mafia', 'Tender Mafia' and 'Transfer Mafia'.

Donkeys Named After Ram Rahim And Honeypreet Sold For Rs 11,000 At Annual Fair