Yadav is presently in Jammu and Kashmir, pending a court of inquiry into the BSF’s claims of “indiscipline and intoxication”, which came as a reaction to his video 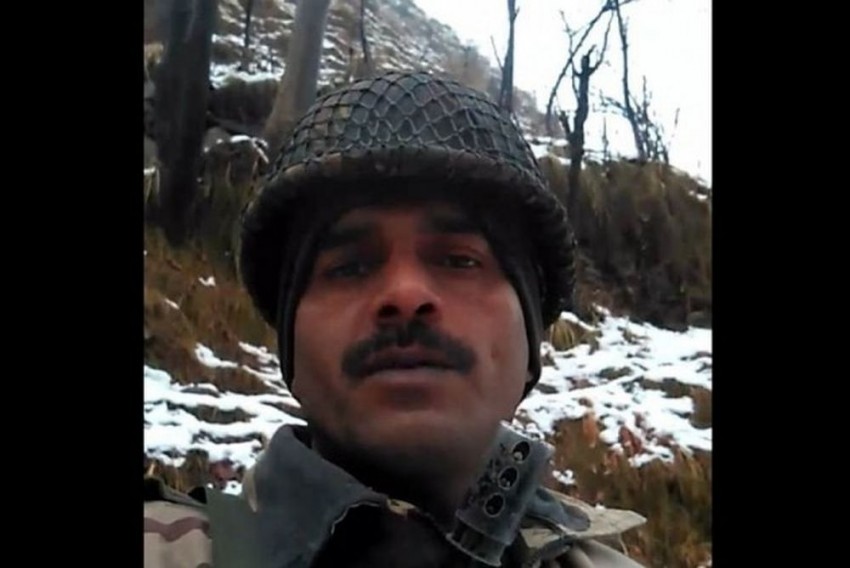 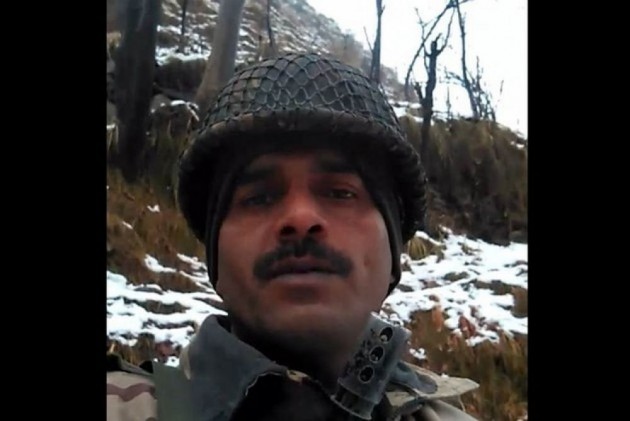 Through Wednesday, several posts appeared on social media websites, Twitter and Facebook, which were shared widely. The posts used a photograph in which a jawan with a bleeding nose and eyes closed was shown. Though only a portion of the face was visible, there appeared a slight similarity in features to Yadav.

A similar photograph had been used on other social media posts dated two weeks back. Those posts had used these photographs to show how jawans had allegedly been killed in encounters between paramilitary personnel and left wing extremists.

Yadav was thrown into the limelight in January 2017 when he made a ‘selfie’ video describing the abysmal quality of rations served at the border.

The widely-shared video sparked off a huge debate on the rations and other provisions given to military and paramilitary personnel, especially jawans, stationed at sensitive border posts.

“He is hale and hearty,” said a BSF spokesperson, responding to Outlook’s queries on veracity of social media posts claiming that Yadav was dead.

The BSF official pointed out that the force would flag the issue to the concerned authority.

Though the BSF does not have investigative powers, it has its own intelligence wing, as well as coordinates with the rest of the intelligence community.

“Some of these posts have been shared by IDs which have ‘Indian-sounding’ names but it needs to be probed as to what is the geo-location of the posts and the users who have shared the false information,” said the official.

Yadav’s wife, Sarmila, confirmed that she had spoken with Tej Bahadur.

“A veteran jawan, who had seen the social media posts, had called me to inquire about my husband. I called him and have spoken with him. He is absolutely fine and is at the station, where he is awaiting the board of inquiry probing charges against and by him,” Sarmila Yadav told Outlook.

Yadav is presently in Jammu and Kashmir, pending a court of inquiry into the BSF’s claims of “indiscipline and intoxication”, which came as a reaction to his video. There were also official comments that, in his video, Yadav had shown sensitive areas on social media, which could be seen by the whole world.

However, a viewing of the video will show that, at best, Yadav has disclosed several trees that look much like any other, in any part of the world. The kitchen also does not betray any specific location.

Yadav had applied for early retirement, which has been cancelled, pending the court of inquiry and if it leads to a court martial.

Though a paramilitary force, the BSF follows much of the army’s legal system, which includes convening of a court martial following court of inquiry and summary of evidence.

If The Largest Democracy Were Gauged By Political Institutions, It’ll Be Judged a Fragile State