The 6 shortlisted books are a testimony to the quality and diversity of non-fiction writing in and about India. 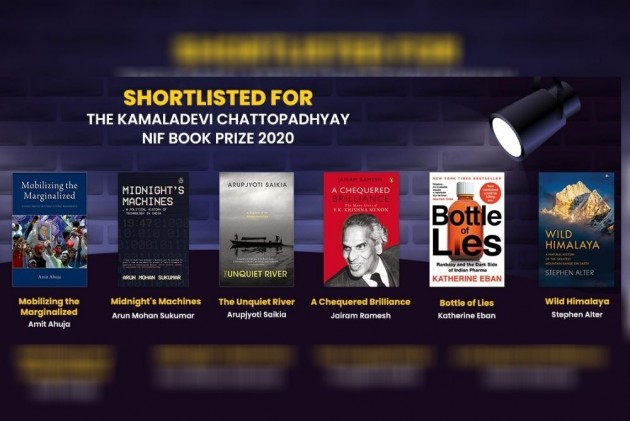 The New India Foundation announced the shortlist for the third edition of the ‘Kamaladevi Chattopadhyay NIF Book Prize’, recognising and celebrating excellence in non-fiction writings on modern/ contemporary India. The 6 shortlisted books are a testimony to the quality and diversity of non-fiction writing in and about India.

The Kamaladevi Chattopadhyay Book Prize celebrates high-quality, non-fiction literature by emerging writers from all nationalities, published in the previous calendar year. Established in 2018, the Book Prize carries a cash award of INR 15 lacs and a citation.

According to a release, this year’s longlist of 12 titles exhibited the incredible breadth and quality of narratives in and about India, and the jury has shortlisted 6 compelling books. The shortlist covers a century of modern Indian history and encompasses several genres—biography and investigative reportage, environment histories, anthropology and history—as well as a variety of themes that blend the country‘s complex past to aspirations for the future.

According to the Jury, ”The Kamaladevi Chattopadhyay prize short-list demonstrates the range and quality of non-fiction writing about modern India, from political biography to the sociology of politics, from investigative journalism to the history of ecology and of technology”.

The six books shortlisted for the Prize are:

The Kamaladevi NIF Book Prize builds on the New India Foundation’s mission of sponsoring high-quality research and writing on all aspects of Independent India. The prize was named after Kamaladevi Chattopadhyay, the great patriot, and institution-builder who had contributed significantly to the freedom struggle, to the women’s movement, to refugee rehabilitation and to the renewal of handicrafts. Previous winners include Milan Vaishnav for his remarkable debut -When Crime Pays: Money and Muscle in Indian Politics (HarperCollins Publishers) in 2018; and Ornit Shani for her scholarly work- How India Became Democratic (Penguin Random House) in 2019. The final winner will be announced in early December 2020.