An excerpt from ‘Citizen Delhi’, the autobiography of three-time Delhi Chief Minister Sheila Dikshit. Dikshit, who was a senior Congress leader, passed away in Delhi on July 20 at the age of 81. 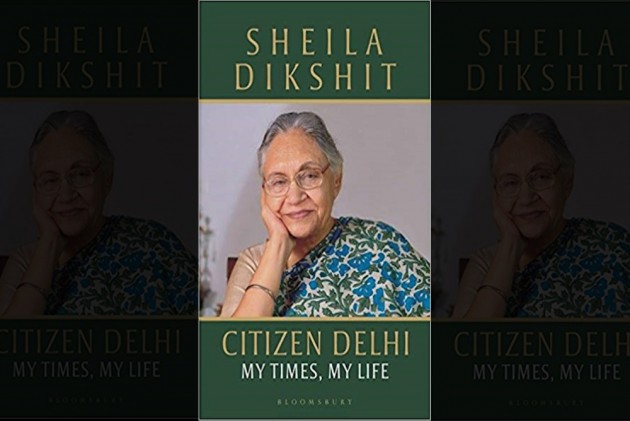 Former Congress leader Sheila Dikshit gives a glimpse of her life’s journey in her autobiography, "Citizen Delhi". The book talks about her life as the wife of a bureaucrat and daughter-in-law of a politician, entry into electoral politics and her time as the three-time Chief Minister of Delhi among other things.

In one of the chapters, Dikshit talks about the December 16 gang-rape incident, which shook the nation to its core. Dikshit says, “What should have been a moment for me to take charge of the situation was reduced to a moment of extreme frustration for the simple reason that law and order in Delhi was the Centre’s responsibility.”

In the book, Dikshit writes that “had the Home Ministry responded with urgency and addressed the Delhi police, the people would have realised whose call it was to initiate action and would have seen the concern expressed by the government.”

As I slowly recovered my strength and prepared to inform the high command of my decision to step down, Delhi, and India, was shaken to its core on 16 December. Twenty-three-year-old Nirbhaya, who was studying physiotherapy, was gang-raped and tortured by six men in a private bus that she had boarded with her friend, who too was beaten up mercilessly. Thrown out of the bus, they lay on the road when some good Samaritans came across them and took them to Safdarjung Hospital.

At a time when India was witnessing a rising graph of violent crimes against women, this one pierced the heart. A young educated girl from a modest background, standing at the threshold of a life she had made for herself, her only crime had been her self confidence. I immediately called up senior officials in the Delhi government as well as police officers to get a sense of the situation.

While people of all ages took to the streets and held candlelight vigils, their anger and anguish palpable in their eyes, our government appeared non-responsive. Even as I quietly reached out to Nirbhaya’s family to extend them every possible help, my statement that law and order did not fall within our government’s jurisdiction was viewed as being an insensitive attempt at passing the buck. Nevertheless, it was not so. I, too, was a woman—moreover, a mother and a grandmother. In the last decade or so, the growing confidence of the young girls and women of my city had been my source of delight. It sickened me as a long-time resident of Delhi to see this face of the city.

I knew the people who came to my house did so because they saw me as the face of Delhi. What should have been a moment for me to take charge of the situation was reduced to a moment of extreme frustration for the simple reason that law and order in Delhi was the Centre’s responsibility. Had the Union Home Ministry responded with urgency and addressed the Delhi police, the people would have realised whose call it was to initiate action and would have seen the concern expressed by the government.

The Centre’s unresponsive stance immediately after the incident seemed deliberate as it shifted the focus entirely on the Delhi government.

I respected the anger of the people for I knew where it was coming from. As a woman, Chief Minister and a Congresswoman, I decided to go to Jantar Mantar to show my solidarity with the people who had gathered there, even though my officials had warned me that I might not be welcome. When I reached Jantar Mantar, I sensed some resistance to my presence, but no one abused me or tried to block my passage as I lit a candle for Nirbhaya. Sandeep’s car, however, was pelted with stones when he attempted to join the protest at India Gate.

I also met Nirbhaya’s friend. Hearing his account further firmed my resolve to help Nirbhaya and her family. I personally monitoring her situation day after day, our government arranged for her transfer to a hospital in Singapore. I approached the Union Home Minister and set up a meeting with the Chief Justice of the Delhi High Court to initiate fast-track courts.

On 29 December, Nirbhaya lost the battle for her life. For the family the loss of a dear one is irreparable. Our government extended its sympathy in the way it could, by providing financial support and helping her brother realise his ambition to be a pilot. I continue to be in touch with them.

By January 2013, the Justice Verma Committee, which had been tasked with recommending amendments to the criminal law to ensure speedier trial and enhanced punishment in cases of sexual assaults against women, had submitted its report to the Central government.

The preface of the report stated, "Failure of good governance is the obvious root cause for the current unsafe environment eroding the rule of law." It also mentioned an urgent need for police reforms as well as an attitudinal change in society "to correct the aberration of gender bias".

By mid-March, both Houses of Parliament had passed the Criminal Law (Amendment) Bill, 2013. On 2 April 2013, President Pranab Mukherjee gave his consent to the Bill, and the Criminal Law (Amendment) Act, 2013, came into force. It occurred to me that the increasing violence, including sexual crimes, against women, were taking place at a time when more and more of them were stepping out of their homes to pursue an education or a career, and were not lacking in self-confidence.

Moreover, the resurgence of patriarchal institutions like khap panchayats and growing instances of moral policing, signaled tough times ahead for women. The sheer randomness of the crime against Nirbhaya smote the hearts of old and young, men and women across cities, because she could have been anybody’s sister, daughter, granddaughter or girlfriend. As newspapers and television channels show day after day, sexual crimes have not stopped, either in cities or in rural areas. Many do not even come to our notice.

At that juncture, like many other issues, this tragedy, too, was politicised for leverage and many a tear shed over the plight of women. However, that empathy for women has never found a corresponding echo in political parties when it comes to the underrepresentation of women in Parliament. Whenever I raised the matter of having a larger number of women as election candidates, the discussions would invariably peter out. It was the same story in other parties as well. The ‘winnability’ factor was always forwarded as being the sole reason why women’s representation in Parliament was less than adequate.

After the Nirbhaya incident, I was in a bind. My family, which had seen my distress throughout that period, urged me to step down as planned earlier, but I felt that such a move would be seen as running away from the battlefield. The Centre had not wanted the blame to fall on it directly; and I, knowing well that our government would be blamed by the opposition, decided to take it on the chin. Someone had to take the blame.

I could sense the wind changing direction away from us. My interactions with people through Bhagidari had dropped significantly in the third term during the run-up to the Games and even after that.

Excerpted with permission from Citizen Delhi: My Times, My Life, Sheila Dikshit, Bloomsbury.