A chronology of some of the recent bomb-blasts 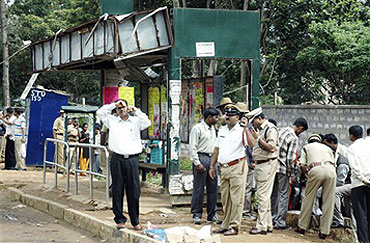 October 2007: 2 killed in a blast inside Ajmer Sharif shrine during Ramadan, in Rajasthan.

February 2007: Two bombs explode aboard a train bound from India to Pakistan, burning to death at least 66 passengers, most of them Pakistanis.

March 2006: Twin bombings at a train station and a temple in Varanasi kill 20 people.