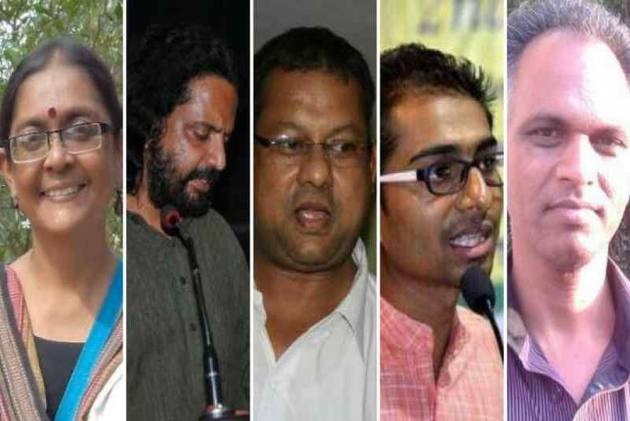 The Pune Sessions Court on Sunday  granted a 90-day extension to the Pune Police to file their chargesheet against five accused, including Surendra Gadling, Shoma Sen, Mahesh Raut, Sudhir Dhawale and Rona Wilson, arrested in June for alleged Maoist links.

The Pune police had moved the court on Saturday for extension of the 90-day-period for filing the chargesheet, citing fresh arrests in the case.

The police arrested Dhawale, Wilson, Gadling, Sen and Raut in June while probing the alleged Maoist connection to the Elgar Parishad conclave held in Pune on December 31 last year. Inflammatory speeches at the event led to violence at Koregaon Bhima near Pune next day, the police had alleged.

"The period of their judicial custody of 90 days is coming to an end on September 3. With the fresh five arrests in the case, probe is still going on," said assistant commissioner of police Shivaji Pawar, the investigating officer.

Under the Unlawful Activities (Prevention) Act, which is invoked in the case, if the investigation is not completed within 90 days, the period can be extended up to 180 days, ACP Pawar said.

In ordinary cases, police have to file charge sheet within 90 days of arrest, otherwise the accused can get bail.