Beyond Oil, India And UAE’s Goals Dovetail On Clean Energy 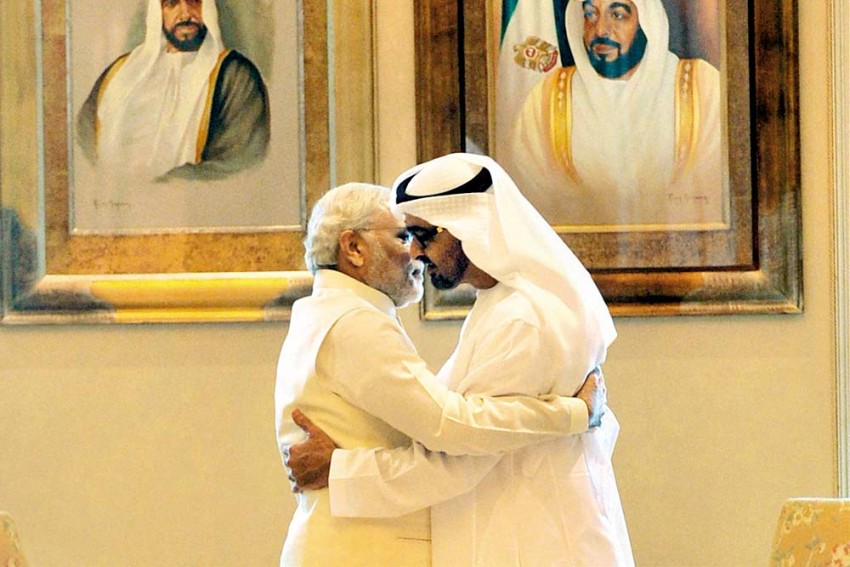 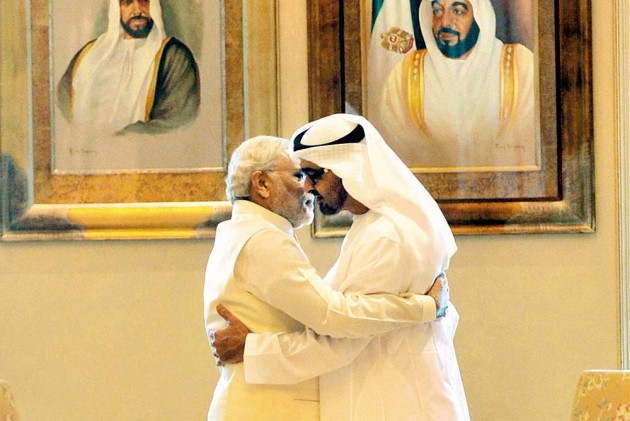 India and United Arab Emirates enjoy centuries-old cultural, economic and religious ties. This has been evident from the high-level visits from both the sides ever since the inception of their diplomatic parleys in 1975 when UAE President Sheikh Zayed bin Sultan Al Nahyan, visited India, followed by then Prime Minister of India Indira Gandhi visit to UAE in 1981.

For long there has been a desire to push the relationship forward, which gained further momentum with PM Narendra Modi’s visit to UAE after 34 years in August 2015.

Modi’s visit to UAE further formed the basis for elevating friendly relationship to a comprehensive strategic partnership. Intense deliberation by their leaders will help the two countries to conclude and ink the Comprehensive Strategic Partnership during the visit of Crown Prince to India.

With Crown Prince and PM Modi meeting for the third time in less than two years, time is ripe to develop their closeness, natural synergies, shared aspirations, and concerns into a strong comprehensive strategic partnership.

Prince Crown’s second visit to India is expected to open new avenues of India-UAE cooperation, particularly with respect to setting up of comprehensive strategic partnership, to include, defence, security and the creation of maiden strategic storage for crude oil, with two-third of the oil for free. Notably, India is building underground storages at Visakhapatnam in Andhra Pradesh and Mangaluru and Padur in Karnataka to store about 5.3 million tonnes of crude oil.

While the strategic cooperation agreements are expected to be signed on January 25, the first India-UAE Strategic Dialogue will start ahead of bilateral visit. Besides trading in oil, both the countries are now looking to expand their cooperation on renewable energy, aviation, information technology, counter terrorism, and fight against radicalisation.

Past two meeting between the two leaders has helped the two countries to gain a common ground on strategic partnership, counter-terrorism operations, and cooperation in cyber security. Both the countries also agreed to increase trade and investments through the establishment of Infrastructure Investment Fund and UAE’s interest in sectors like railways, roads, ports and shipping.

Both the countries have also set a target to increase the current volume of bilateral trade by 60 per cent to $100 billion by 2020 from $60 billion at present.

India has intensified its strategic ties with UAE, a strong strategic ally of Pakistan, demonstrated by the support offered to India post Uri and Pathankot terror attacks. Attack on UAE diplomats, allegedly from Pakistan’s Haqqani Network and Inter-Services Intelligence, whose chiefs have been security advisors in Abu Dhabi, has also not gone down well with UAE, signalling a dawn of UAE-Pakistan relationship.

On economic front, both the countries underscore the importance of economic growth of each other. According to UAE’s Minister of State for Foreign Affairs, Anwar Gargash, ‘neither country was doing any "favour" to the other as India was looking for investments and the UAE for markets for its sovereign funds’. He further stated that as much as India is seeking funds from UAE, latter is seeking former’s market.

Even as India and UAE are looking to expand their bilateral ties beyond the obvious oil trade, the two countries are also ensuring to widen their energy cooperation per se, aligning it with the climate concerns.

The fall in oil prices have hit hard the economies in the Middle East and subsidy reduction has since been a stated priority for countries like Saudi Arabia and UAE. UAE has spelt out its strategies to reduce dependence on oil revenues which was as high as 90 per cent at the time of its foundation. UAE has further aimed to reduce the proportion of GDP derived from energy revenue from about 30-20 per cent in the next 10-15 years.

In its submission of Intended Nationally Determined Contribution for COP 21 Summit, UAE intends to increase clean energy to 24 per cent of the total energy mix by 2021 from 0.2 per cent in 2014 by embracing renewable and nuclear energy. This will help them to reduce their carbon footprint and improve efficiency, while reducing emissions. UAE’s significant accumulated fiscal reserves are sufficient to cushion and source its non-oil revenues.

Thus, energy can become a core pillar for India and UAE to strengthen their economic cooperation. This can also become a component of their comprehensive strategic partnership, helping these countries to reach the bilateral trade target of $100 billion with more ease. These steps may also include mutual equity participation or joint ventures in each country; collaboration in renewable energy under the

International Solar Alliance initiative of which UAE is also a founding member and cooperation in peaceful use of nuclear energy.

These measures would help build the two countries to not only to strengthening their strategic partnership to be signed this month but also to capitalise and build it up for future sustainable partnership.

Manish Vaid is a Junior Fellow with the Observer Research Foundation, New Delhi, having research interest in energy policy and geopolitics.

Disclaimer: The views expressed in this article are those of the authors.

Beware Of Popular Leaders Who Promise Simplistic Solutions, Be It In US Or India