Home  »  Website  »  Arts & Entertainment  » Opinion  »  Beyond Bollywood
Down Under

'Bollywood' may have become India's best known brand, but there seems to be an increasing tendency to subsume Indian popular cinema as a whole under the 'Bollywood' umbrella... 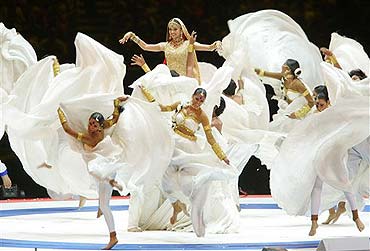 A 'Bollywood' Exhibition, and of all places in Melbourne! It might surprise us in India to hear of such an exhibition—maybe because 'Bollywood' is already all over the place and, for many of us, saturation TV coverage and promos, posters, and music on FM from Mumbai films make it almost a part of the everyday experience. Its ubiquitous presence is perhaps what makes it difficult back home to sometimes fully comprehend the brand value of 'Bollywood'. But once you step out and into a place like Melbourne, where 'Bollywood' seems to be the flavour of the month, it hits home that this is perhaps India’s best known international brand. 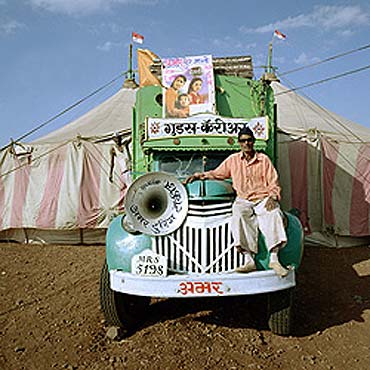 Even the Indian curry, which used to be the most famous export, is now almost as British or Australian—but 'Bollywood' cinema is quite inimitable and its showcasing is now flowing out of mainstream cinema theatres, where Hindi films did not show even a few years back. Yet, this brand 'Bollywood' syndrome also throws up a question : Is there an increasing tendency to subsume Indian popular cinema as a whole under the 'Bollywood' umbrella? How does that auger for regional cinemas with their specific history and aesthetics?

Last year, when I was in Melbourne for the first time, I was surprised to see Hindi films regularly showing in mainstream theatres, which had simultaneous releases with India, and I saw Mangal Pandey: the Rising and Salaam Namaste even before some of my friends in India had. This was quite different from my experience in the US, where I am used to waiting for the DVDs to arrive.

I was informed at that point that Bollywood cinema was now big in Australia not simply because of the very large Indian population but also because Australia is now a major destination for Bollywood shoots which are believed to have the potential to open up India-Australia tourism in a big way. The Indian and Australian governments have been very active in recent years about exchange programs and the like, and top Australian universities like La Trobe University, Melbourne, have a rising South Asian/Indian concentration so far as foreign students are concerned. There is naturally a new interest in India and Indian culture, and 'Bollywood' has naturally acquired prominence. La Trobe even allowed Salaam Namaste to be shot at its Bundoora campus, with Arshad Warsi graduating out of the La Trobe law school. 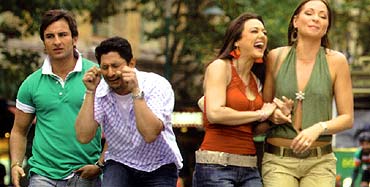 This year, back in Melbourne again for a short stay, I’ve already seen Omkara and Lage Raho Munna Bhai in the Greater Union Cinema, which happens to be in the very heart of Melbourne’s central business district. In the opening week of Lage Raho, theater six—the biggest of the multiplexes—was overflowing with Indian expatriates almost every evening. On one of the days, at half time, the queue for popcorn was so long that the person manning the counter closed it temporarily and set off to get two of his co-workers. Finally, only when three popcorn counters opened could the desi crowd be satisfied. Getting into the theater was even more amusing. Seeing the huge sea of people, the two men at the gate, perhaps unused to such huge crowds, finally gave up and just waved at everyone queuing up to enter.

The DVD market for Bollywood films in Melbourne is also thriving. Almost every Indian grocery store will have a DVD section and one can get Omkara, KANK or Munna Bhai for no more than four Australian dollars in down town Melbourne. New Bollywood DVDs in the US generally come for no less than USD 20, well into some weeks of the film’s release. In Australia, the film is available on DVD within the first week of its release and most come with a second movie as bonus—buy one get one free. For example Munna Bhai is packaged with Naksha and KANK with Fanaa. And what's more, Indians here often get to meet and talk with directors and actors who travel down under to promote their films.

I had thought the huge desi crowds on Bourke Street on the opening night of Lage Raho Munna Bhai was as good as it could get, when an Australian friend told me about a 'Bollywood' Exhibition at the Immigration Museum here. The exhibition has been put together from the shooting stills, documentary footage and photographs by photo-journalist Jonathan Torgovnik, and has some rare photos such as those of the few remaining touring cinemas and their operators. 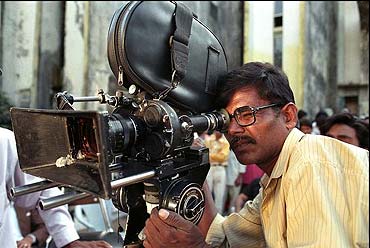 It also included nine five minute documentaries titled "How to Make it Big in Bollywood", showcasing the star, music director, lyricist, director and other important makers of a 'Bollywood' film. What struck me about this exhibition was the very mixed crowd, unlike the film shows which are overwhelmed by Indians. It seems that while a 'Bollywood' film show might still be a largely desi affair, the concept of 'Bollywood' has made a dent in the mainstream. It was quite revealing that the five minute docus at the exhibition actually worked like a manual, informing and instructing about the various aspects of 'Bollywood' cinema and its unique features, such as dance and fight sequences—clearly meant for those still not well initiated, but definitely eager to know more. The exhibition is funded among others by the local federation of Victoria, an indication of the cultural capital of 'Bollywood'. Even as I write this piece, Priyanka Chopra is shooting in Melbourne for a new film at the Luna Park on St. Kilda Beach. Maybe when I come back next year this film will be showing in the theatres here, and by that time maybe more Aussies will be watching it.

Although it is called Bollywood Dreams, yet the exhibition provides some amazing glimpses of the film culture of the South. A particularly poignant image is that of devotees at the memorial stone of MGR in Chennai. For want of better reference material, it had me scurrying to to Wikipedia, which says: "Bollywood is the informal name given to the popular Mumbai-based Hindi language film industry in India. The term is sometimes used incorrectly to refer to the whole of Indian cinema.". 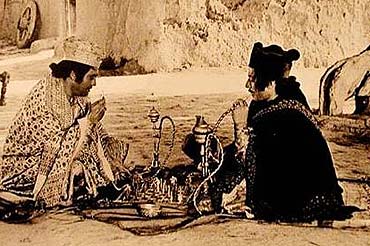 And it is this incorrect usage—subsuming all Indian cinema as a whole under the 'Bollywood' rubric—which is problematic. For unlike the term 'Hollywood'—which stands for a specific set of codes, a specific history, ideology and a specific set of industrial preactices—the regional cinemas of India—even the world of "Hindi" cinema—are too diverse and complex to be subsumed under the "Bollywood" paradigm. The term Bollywood may have acquired a cache for itself, and therefore might be more recognisable than "Mumbai film industry" or "Hindi cinema"—and perhaps it does carry the connotations of a "post-national" globalizing brand of Hindi popular cinema, unlike earlier, when it was more of a derivative usage, often pejorative—but those promoting Indian cinema certainly need to be better aware of this.