Home  »  Website  »  International  » Opinion  »  Between The Raj And Retreat
Opinion

Between The Raj And Retreat

India is interested in its neighbours not just because another great power might position itself to undermine India but because domestic politics in South Asia affects India deeply. 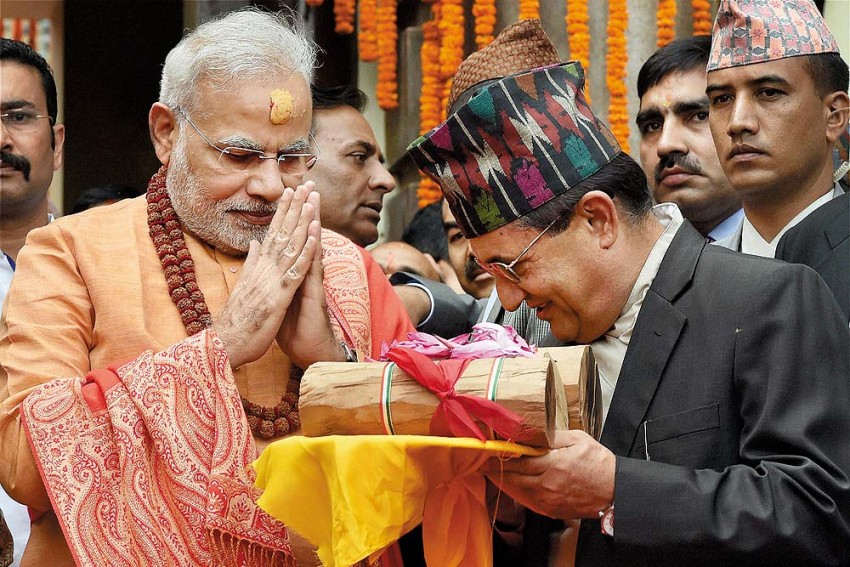 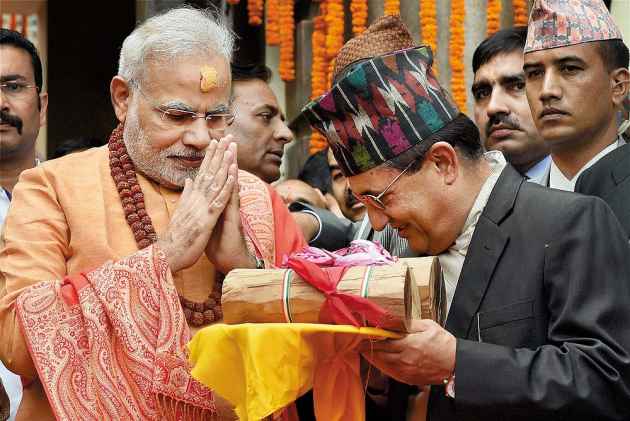 Since the 1940s, Indian policymakers have been trying to understand their role in the subcontinent. Nehru believed that India's role should not simply be a power that lorded over the subcontinent. For Nehru, the dilemma was addressed by pursuing an expansive Asian policy where India's immediate vicinity was relegated to a small part in Delhi's overall geopolitical outlook. Nehru's successors were compelled to confront subcontinental affairs more frontally. 1962 was the first knock. 1965 was another shock. The Cold War had squeezed India from all sides with US-allied Pakistan and China closing in to India's heartland. Delhi had to adapt and find ways of preserving the integrity of the subcontinent. And India pushed back, often with purpose. The record of statecraft in those challenging years was not without success although the process lacked endurance.

Today's problems, in contrast, seem far less menacing. Neither the US nor China is engaged in a containment strategy. While Pakistan poses a real nuisance on the frontiers, it lacks the wherewithal to intervene across the neighborhood. Neither do other regimes on India's periphery seek to really enter into any great game played against India. Yet, despite these seemingly benign conditions, Delhi is repeatedly found wanting when it comes to shaping regional politics.

Nepal is the latest example. Here is a landlocked neighbour with deep cultural and economic ties with India. India has been engaged with Nepal's internal convulsions and transformation for decades. It helped the Nepalis reach a settlement after their civil war ended in 2005. Since then Nepal has been trying to discover new governance structures and constitutional norms that would enable it to make the transition to a democratic polity. The latest crisis stems from contestations between the traditional upper caste elites who seek to preserve their primacy over the polity and more local and marginalised communities who are aspiring to improve their position in Nepal's changing socio-political landscape. Adversely affected are the Madhesis of Terai (50 percent of Nepal's population and thus a significant electoral force) in Nepal's southern plains who have close kinship ties across the border with Bihar and UP. India's attempts to persuade Nepal's traditional elites to accommodate and share power with these marginalised groups in the new constitution provoked an intransigent reaction.

Delhi is discovering that the model of the 'Raj' to keep unruly elites on the periphery down no longer works. This is partly because India's neighbours have also learnt Kautilyan skills and partly because China and Western powers no longer acquiesce to an Indian sphere of influence. But neither does the Gujral doctrine — the dominant philosophy since the late 1990s — offer an alternative model to design regional policy. Evoked in the 1990s to present a softer Indian touch, the Gujral doctrine is too passive. It relies on a neoliberal awakening among the region's elites to unite in a shared process of economic transformation. South Asia's setting is too complex for such a materialist vision. There are national identities, entrenched elites struggling to govern their diverse multiethnic realms but reluctant to share influence over this process to India, and, the geopolitical reality of a China that shares its border with most of South Asia.

Why should India be concerned about the internal affairs of its neighbours? The most important factor are the overlapping ethnic groups and communities across national boundaries. 1947 and 1971 may have created distinct sovereignties but it could not erase the deeper social linkages that connect South Asian states to each other. While not identical there are some features of the post-Soviet space that resonate in South Asia. Imagine the millions of ethnic Russians who found themselves beyond the borders of the Russian Federation after 1991 as minorities in new states. Moscow looks out for these people and they are viewed as a strategic burden and an asset in the Kremlin's outlook to its 'near abroad'. The responsibility for these Russian people is fused with Moscow's regional security framework.

While this is not to suggest that Delhi needs to view overlapping ethnic communities or affinities — say in Nepal, Sri Lanka or Bangladesh — as merely instruments in a power play against potentially unfriendly regimes. The geopolitical dynamic has not reached such a precarious point where India needs to consider such moves. But India and its neighbours have to accept the reality that closed sovereign containers isolated from each other is not an option in the subcontinent. The shared civilizational and cultural legacy has placed India in a position where the responsibility for producing a modicum of a regional order cannot be shirked. No major external powers such as US or China have the local understanding, patience or strategic interest in being a permanent stakeholder in the region's affairs. Only India can play that role.

But some questions do need to be carefully addressed. How should Delhi define its interests? Should it seek to focus on order and norms (in Nepal's case a secular and inclusive state) or simply cultivate friendly elite regardless of its internal orientation? The former is more ambitious because it requires shaping a state's internal political choices. The latter — dealing with a handful of powerbrokers or elite groups is much easier. What means are the most effective to advance its goals? Shaping a neighbour's domestic affairs requires diverse policy instruments where the Indian state, local governments, political parties, civil society, media, private businesses are harnessed in pursuit of transformative goals. Whether India's weak state, divided elite, competitive political parties and self-serving businesses can be mobilized towards a common purpose for more than a fleeting moment is debatable. On the other hand, shaping the behaviour of regional governments on different issues in different situations seems less challenging. Blending tools of persuasion, inducement and coercion can alter the calculus of local elites on issues that matter most to India. Plainly put, India needs a more sophisticated conversation on its regional role.

What is clear is that the false choice between "intervention and non-intervention" ought to be set aside. The Raj and its imperial images may not be relevant today; but retreat into our territorial shell is not the answer. India is primarily interested in its neighbours not just because another great power might position itself to undermine India but because domestic politics in South Asia is India's business. The debate should be how India should formulate this role and what new state and national capacities are required to enable Delhi to be an effective regional actor. As America and China are discovering to their dismay, leadership is about material power and consent. India needs both.