Between Dreams And Reason

??Rushdie is at his fantastical best but the message he conveys through this allegorical novel is way too relevant. ? 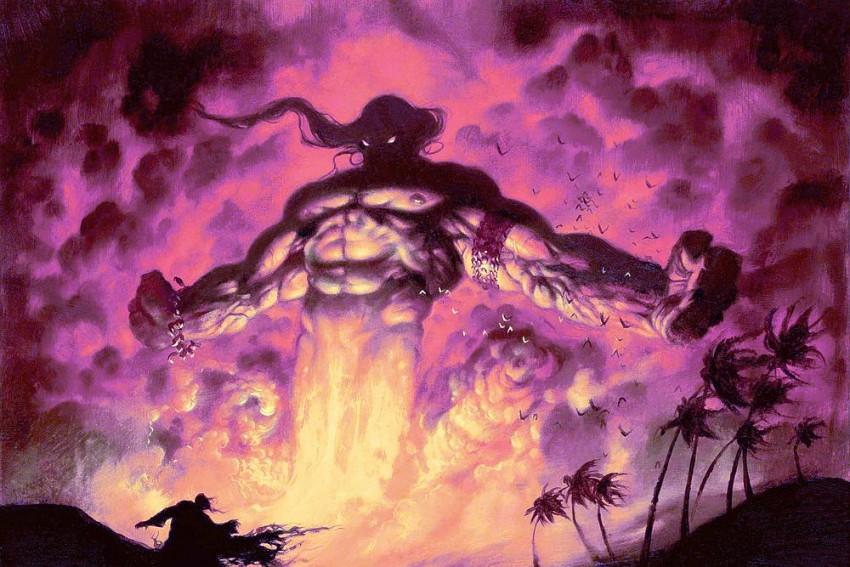 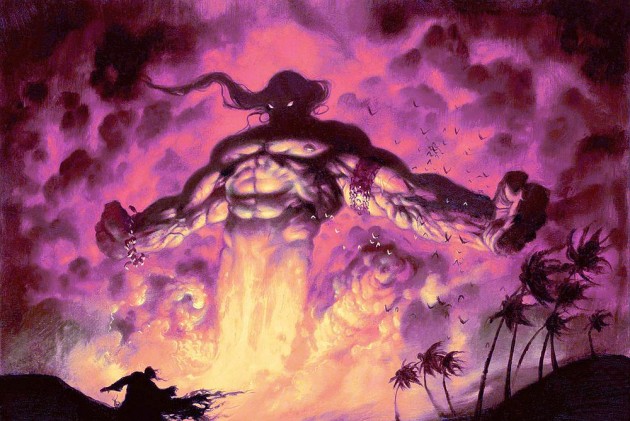 Salman Rushdie's Two Years Eight Months and Twenty-Eight Nights begins with a love story — that of a Jinn Princess Dunia from their upper world of Peristan and the 12th century philosopher from Arab Spain, Ibn Rushd. Rushdie's Jinns are creatures made of smokeless fire who list sexual activity as their favourite pass time. They don't care much about people, those who inhabit the 'lower-world', but derive pleasure out of meddling in their business for no good reason at all.

Dunia is much different from her clan as Rushdie reminds us throughout the book. She fell in love with a mortal man — who being a man of rationale had no clue about her supernatural side — and continued to love him beyond death. His, of course. She also bore him innumerable children who collectively came to be known as Dunizat and whose descendants eventually spread across the world, identified only by their missing earlobes.

And then the "slits in the world" which allowed for Jinns to pass through to ours "became overgrown by the unimaginative weeds of convention" and it was only after centuries that they opened again to unleash chaos in the lives of human beings — bizarre storms, wormholes, people floating up against gravity, people getting hit by thunderbolts — the Jinns were up to their old non sense again.

But this time it all culminated in a war — the War of the Worlds. The most powerful of the Dark Jinns, Grand Ifrit Zumurrud Shah who had once been trapped in a blue bottle by a sorcerer had been freed by Al-Ghazali, the medieval philosopher and Ibn Rushd's adversary, even in death and now Ghazali summoned him from his grave to return the favour and his instructions were clear: "Instil fear. Only fear will move sinful man towards God." Even though Zumurrud didn't care much about God, he liked the idea of instilling fear. Also he hated human beings because one of their kind had made him a prisoner in the bottle. So he went and set up his headquarters in the land of A. ruled by "a murderous gang of ignoramuses who called themselves the Swots, as if the mere word would earn them the status of true scholars" and the thing that they had "studied deeply was the art of forbidding things."

Dunia who loved her descendants from Ibn Rushd, her Duniazat, waged war against the Grand Ifrits to save her brood from chaos and unreason. Thus, what ensued was the War of the Worlds, which lasted for two years, eight months and twenty-eight nights which adds up to one thousand and one nights — more popularly known as the Arabian Nights — the collection of folktales that Rushdie loves.

The basic story is ??Rushdie at his fantastical best but the message he conveys through this allegorical novel is way too relevant. The irrational behaviour of the dark Jinns, their campaign to instil fear inspired by some dead philosopher, their lack of concern for God and yet their eagerness to unleash terror to 'bring man closer to God', their rage over their misrepresentation in some 16th century painting and their association with those who "would have liked to have forbidden women altogether" brings to mind the forces of irrationality that the contemporary world is constantly dealing with. Rushdie's US President who was rendered helpless in the face of the Jinns despite being (or perhaps because he was) "an unusually intelligent man, eloquent, thoughtful, subtle, measured in word and deed, a good dancer (though not as good as his wife)… handsome (if a little jug-eared)…" is a total giveaway though. Rushdie winks.

The narrator chronicles the War of the Worlds as an episode of the past, as history and as is often the case with the history we know, here too, facts and folklores merge and create this fantastical mesh where our pasts determine who we become. Through countless plots and sub-plots, Rushdie finally envisages a people who have given up on conflict as a way of life but at a price — imagination. They no longer dream. The dark Jinns were a reflection of the irrationality that lived in all human hearts and by defeating them, humans killed the unreason inside but it also killed the ability to conjure fantasy, to seek comfort in stories. And the slits between the two worlds were so firmly sealed that nothing ever slipped through.

In a world driven solely by rationale, everything would require the backing of facts and data, and people would ultimately stop appreciating the beauty of stories because they would be so obsessed with trying to figure out whether or not they are credible. Perhaps, Rushdie the storyteller suddenly finds himself at odds with Rushdie the rationalist for "our fictions are killing us. but if we didn't have those fictions, maybe that would kill us too".