Being A Pro-European Eurosceptic

"Cutting red tape" is everywhere portrayed as a good thing. In reality, it often means releasing business from democracy. 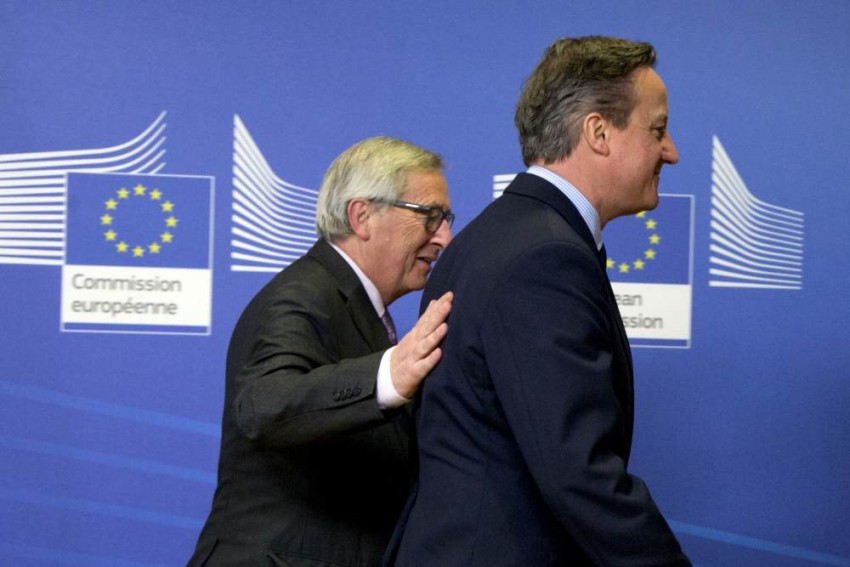 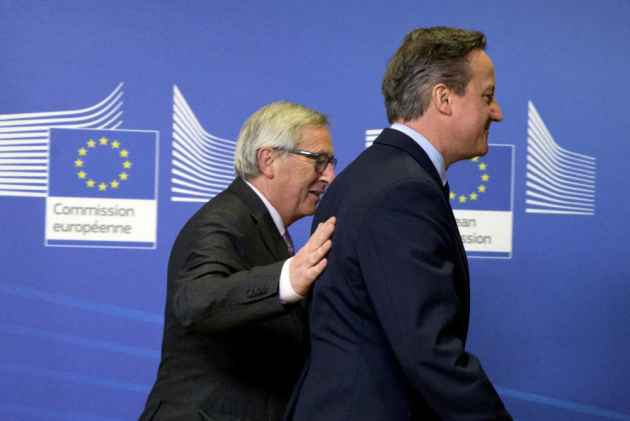 By instinct, like many on the left, I am a European. I recognise that many issues – perhaps most – can no longer be resolved only within our borders. Among them are grave threats to our welfare and our lives: climate change and the collapse of the living world; the spread of epidemics whose vectors are corporations (obesity, diabetes and diseases associated with smoking, alcohol and air pollution); the global wealth-grab by the very rich; antibiotic resistance; terrorism and conflict.

Nowhere is this clearer than in the draft agreement secured by David Cameron. For me, the most disturbing elements are those which have been widely described in the media as "uncontroversial": the declarations on regulations and competitiveness. The draft decisions on these topics are a long series of euphemisms, but they amount to a further dismantling of the safeguards defending people, places and the living world.

What David Cameron described in parliament as "pettifogging bureaucracy" are the rules that prevent children from being poisoned by exhaust fumes, rivers from being turned into farm sewers and workers from being exploited by their bosses. What the European Commission calls reducing the "regulatory burden for EU business operators" often means increasing the costs the rest of us must carry: costs imposed on our pockets, our health and our quality of life. "Cutting red tape" is everywhere portrayed as a good thing. In reality, it often means releasing business from democracy.

There is nothing rational or proportionate about the deregulation the European Commission contemplates. When Edmund Stoiber, the conservative former president of Bavaria, reviewed European legislation, he discovered that the combined impact of all seven environmental directives incurred less than 1% of the cost to business caused by European law. But, prodded by governments like ours, the Commission threatens them anyway. It is still considering a merger and downgrading of the habitats and birds directives, which are all that impede the destruction of many of our precious places and rare species.

Alongside such specific threats, the European Union is engineering treaties that challenge the very principle of parliamentary control of corporations. As well as the transatlantic trade and investment partnership (TTIP), it has been quietly negotiating something even worse: a trade in services agreement (TISA). These claim to be trade treaties, but they are nothing of the kind. Their purpose is to place issues in which we have a valid and urgent interest beyond the reach of democratic politics. And the European Commission defends them against all comers.

Are such tendencies accidental, emergent properties of a highly complex system, or are they hardwired into the structure of the European Union? The more I see, the more it seems to me that the EU's problems are intrinsic and systemic. The organisation that began as an industrial cartel still works at the behest of the forces best equipped to operate across borders: transnational corporations. The European Commission remains a lobbyists' paradise: opaque, sometimes corruptible, almost unnavigable by those without vast resources.

People like the former home secretary Alan Johnson, who claim that the European Union is a neutral political forum – "simply a place we have built where we can manage our interdependence" – are mythmakers. They're the equivalent of the tabloid fabulists who maintain that European rules will reclassify Kent as part of France, force people to trade in their old vibrators for new ones, and ensure that dead pets are boiled for half an hour in a pressure cooker before they are buried.

So should those who seek a decent, protective politics vote to stay or vote to leave? If you wish to remain within the European Union because you imagine it is a progressive force, I believe you are mistaken. That time, if it ever existed, has passed. The EU is like democracy, diplomacy and old age. There is only one thing to be said for it: it is not as bad as the alternative.

If you are concerned about arbitrary power, and the ability of special interests to capture and co-opt the apparatus of the state, the UK is in an even worse position outside the European Union than it is within. Though the EU's directives are compromised and under threat, they are a lot better than nothing. Without them we can kiss goodbye to the protection of our wildlife, our health, our conditions of employment and, one day perhaps, our fundamental rights. Without a formal constitution, with our antiquated voting arrangements and a corrupt and corrupting party funding system, nothing here is safe.

The government champs and rears against the European rules that constrain it. It was supposed to have ensured that all our rivers were in good ecological condition by the end of last year: instead, lobbied by Big Farmer and other polluting businesses, it has achieved a grand total of 17%. On behalf of the motor industry, it has sought to undermine new European limits on air pollution, after losing a case in the Supreme Court over its failure to implement existing laws. Ours is the least regulated labour market in Europe, and workers here would be in an even worse fix without the EU.

On behalf of party donors, old school chums, media proprietors and financial lobbyists, the government is stripping away any protections that European law has not nailed down. The EU's enthusiasm for treaties like TTIP is exceeded only by David Cameron's. His defence of national sovereignty, subsidiarity and democracy mysteriously evaporates as soon as they intrude upon corporate power.

I believe that we should remain within the union. But we should do so in the spirit of true scepticism: a refusal to believe anything until we have read the small print; a refusal to suspend our disbelief. Is it possible to be a pro-European Eurosceptic? I hope so, because that is what I am.