We’ve been keeping tabs on the upcoming Kwid-based MPV (codenamed RBC) for some time now. While camouflaged test mules of the RBC have been spotted across the country multiple times, the latest spy shots give us a glimpse of its headlamps, which we can now tell contain projector units. Currently, neither the Kwid nor Renault’s other big MOV, the Lodgy, get projector headlamps.

It’s possible that Renault will only equip limited variants of the RBC, which is poised to be a premium product above the Kwid, with projector headlamps. On previous sightings, we got a look at its cabin as well, which includes a dual-tone theme and various silver inserts besides a touchscreen infotainment system. The feature list is also likely to include more than two airbags. The interior will get dual-tone beige-and-grey treatment and it’s likely to be offered with seven seats like the Datsun GO+. However, don’t expect the third-row to be as spacious as the ones on bigger MPVs like the Renault Lodgy and Maruti Suzuki Ertiga. 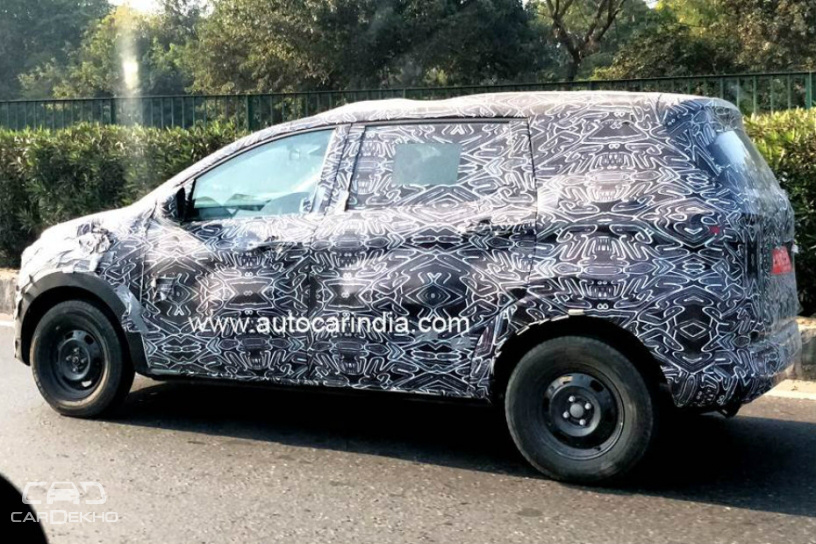 The Renault RBC is likely to be offered with a petrol engine only. It could either be the 1.0-litre or 1.2-litre option from the Kwid. In most of these test sightings, the Kwid-based MPV looks near production-ready. Expected to be launched within the first half of 2019, the RBC will be offered with a choice of both manual and automatic transmissions. It’s likely to pack ABS, dual front airbags, rear parking sensors and air conditioning as standard, with most of the bells and whistles likely to be offered only on the top variants.