Also gets the power of hivemind AI! 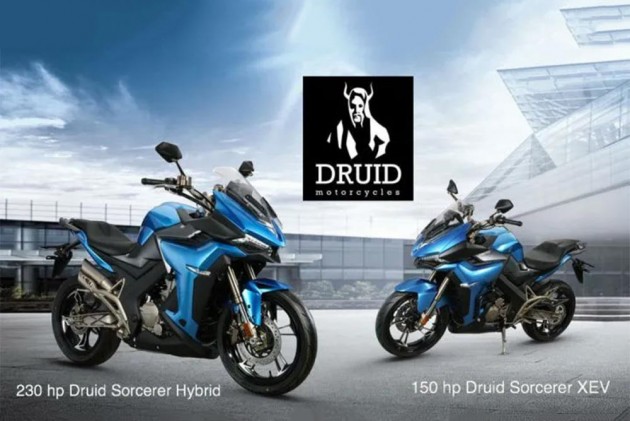 Druid Motorcycle Company is a California-based startup and one of its founders, Milan Svoboda, is an ex-aerospace engineer. The brand will unveil its first motorcycle, the Druid Sorcerer XEV, at the Automechanika Dubai automotive show today. The Sorcerer XEV will be the first of four electric and hybrid motorcycles that the company has in store in the near future. Scheduled to be launched by the end of this year, the Sorcerer will command a price tag of $ 7900 (approximately Rs 5.48 lakh).

While the Sorcerer XEV is a fully-electric motorcycle, the brand has another meaner sibling, the Sorcerer Hybrid. It packs a twin-cylinder liquid-cooled engine and an AC motor - both joining forces to produce an insane 233PS! That’s more than the most powerful production litre-class superbike, the Aprilia RSV4 Factory, which makes 217PS! The electric motor draws power from a 14kWh lithium-ion battery and the bike gets about 320km range. On the other hand, the Sorcerer XEV comes with a 121PS electric motor paired to a 14kWh battery and gets a range of about 193km on a full charge. 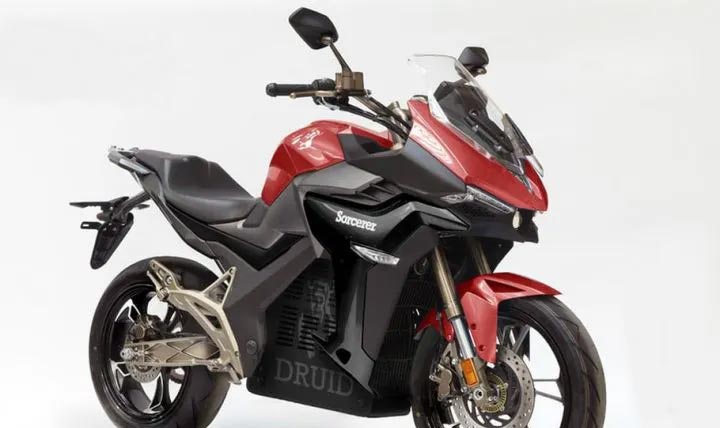 Interestingly, Svoboda was also an ex-beekeeper and has applied the hive-mind philosophy in his electric bike too. The brand says that its System Warning and Referral Matrix (SWARM) A.I. continuously monitors crucial information like speed, energy consumption and altitude. It then exchanges information among up to 1000 Druid motorcycles and the individual bike’s AI algorithm optimises its performance as per the environment, elevation and riding style. The system is also claimed to aid in extending the range of the electric batteries. 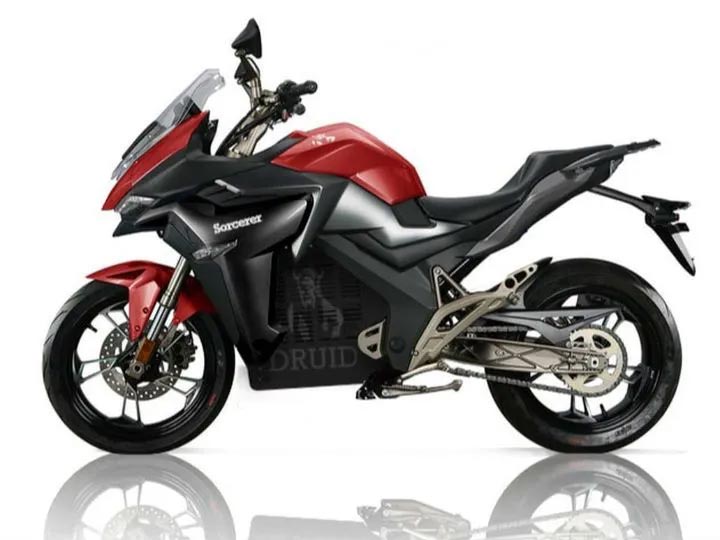 The company also claims that its platform, the Druid Prophet, features a variable geometry frame made out of 3D-printed graphene. The two bikes use a Level-3 fast charging system and come with a sports-touring design language with raised handlebars for an upright riding stance. They also get sophisticated underpinnings in the form of an inverted fork and a rear monoshock. Oddly, the swingarm of the two motorcycles look eerily reminiscent of the one in the KTM 390 Duke. Brakes include discs on both ends with ABS.