The TRK 502 will be available in two variants, standard and the TRK 502X

Benelli India has commenced its journey in the adventure tourer segment today by launching the new TRK 502 at Rs 5 lakh and the 502X for a sticker price of Rs 5.40 lakh (both prices, ex-showroom India). Both the motorcycles are the first new products from the Italian brand after it re-entered the Indian market with Hyderabad-based Mahavir Group. The Benelli TRK 502 duo made their global debut at the 2015 EICMA motorcycle show and a test mule was spotted in India last year. The ADV offerings will be brought via the CKD route and assembled at the new Benelli plant, located on the outskirts of Hyderabad. Bookings for both the bikes is open at an amount of Rs 10,000. With this, customers will also get Rs 10,000 voucher for Benelli accessories. Deliveries of the motorcycles will start in 60 days. 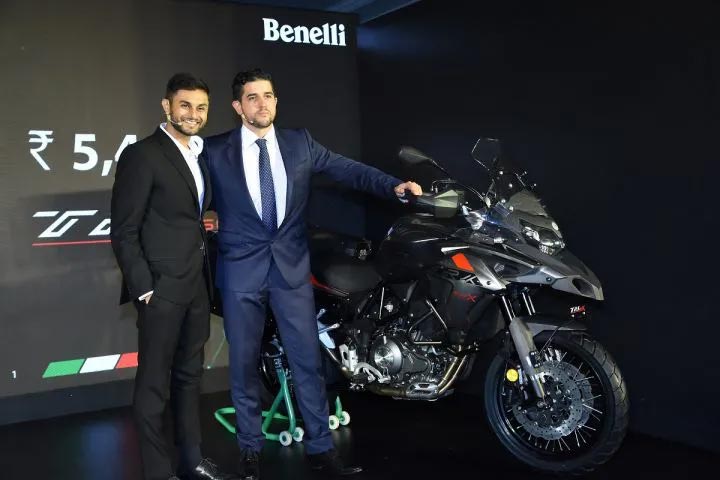 While the Benelli TRK 502 is a road-biased bike and gets 17-inch alloy wheels on both ends shod with 120/70 front and 160/60 rear tyres, the Benelli TRK 502X is more off-road centric and rides on 19-inch (110/80) and 17-inch (150/70) spoke wheels. The TRK is designed like a proper ADV and inspiration from the Ducati Multistrada is clearly evident. It comes with twin halogen headlamps and the tail lamp, as well as the indicators, are all-LED. The instrument console is a semi-digital unit. 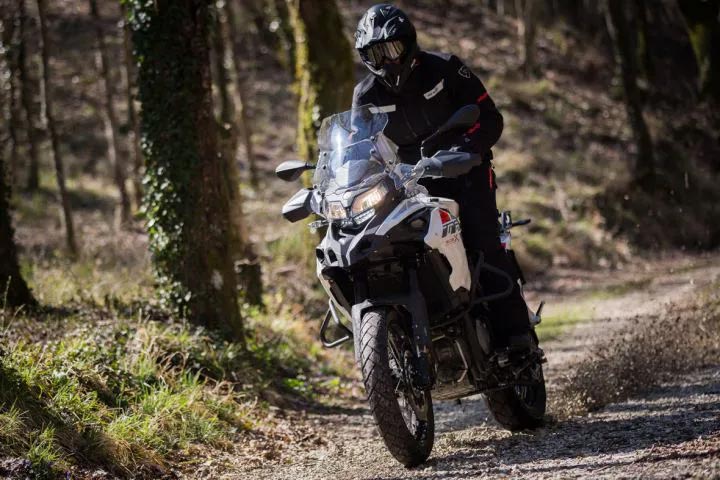 Powering the Benelli TRK 502 duo is the same 500cc, liquid-cooled, parallel-twin motor producing 47.5PS at 8500rpm and 46Nm of torque at 6000rpm. This might be inadequate, given its 235kg kerb weight, while 650cc ADV offerings like the Suzuki V-Strom 650 and the Kawasaki Versys 650 tip the scales at 216kg. So don’t expect performance to be the TRK’s forte. For fewer fuel stops while touring, the motorcycle has been equipped with a massive 20-litre fuel tank. At 840mm, the saddle height of the X variant is on the taller side, whereas the road-biased model has a rather accessible 800mm seat height. The seat heights are non-adjustable for both the bikes. 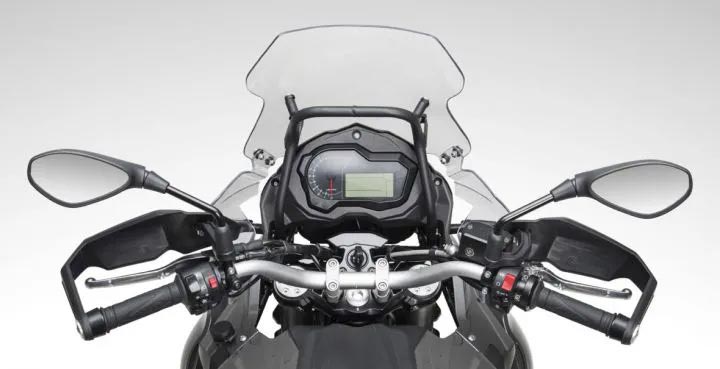 Suspension hardware on both the bikes consists of a 50mm USD fork and a preload, rebound-adjustable monoshock unit. Stopping power is courtesy a 320mm twin-disc setup at the front and a 260m single disc at the rear. While dual-channel ABS is standard, it is switchable for the rear. 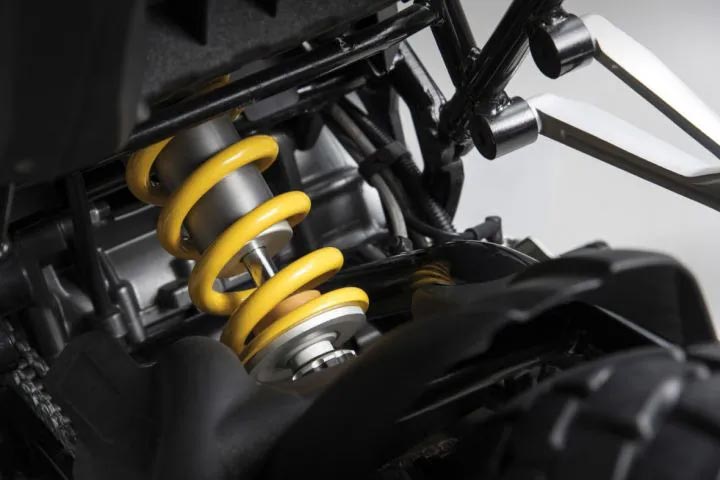