Gehlot returned to Jaipur, apparently after being told of the party's decision to pick him as the Chief Minister. 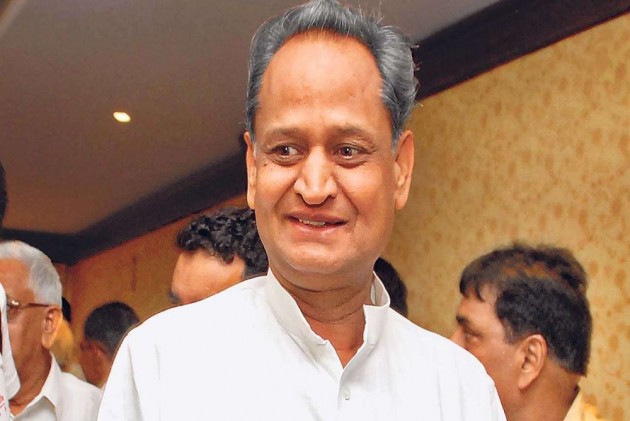 Two-time chief minister Ashok Gehlot appears to be emerging as the favourite for the chief minister's post in Rajasthan, after party chief Rahul Gandhi held hectic deliberations with senior leaders including him.

The name of 67-year-old Gehlot will be announced by the party in Delhi on Thursday evening after Congress President Rahul Gandhi completes discussions with senior party leaders, party sources said.

Gehlot and Sachin Pilot, the other main contender for the post, on Thursday met Gandhi.

Gehlot returned to Jaipur, apparently after being told of the party's decision to pick him as the Chief Minister.

The party appears to have preferred Gehlot over Pilot in view of the mandate it got in Rajasthan, where it has fallen short of legislative majority by one seat in the 200-member Assembly.

The party, however, has the backing of its pre-poll ally Rashtriya Lok Dal (RLD), which won one seat, six Bahujan Samaj Party MLAs and a majority of the 13 Independents, who are mostly Congress rebels.

Pilot reportedly put up a fight staking his claim to the post on the ground that he had galvanised the party after the defeat in 2013, when he was appointed the state party chief.

On Tuesday and Wednesday, the central Congress observers, K.C. Venugopal and Avinash Pandey, met the newly elected MLAs in a bid to find out who they would prefer as Chief Minister.

The MLAs authorised Gandhi to take the call on the Chief Minister's name.

Both Gehlot and Pilot had also called on Governor Kalyan Singh on Wednesday evening and staked claim to form the government. Both contested the Assembly elections and won their seats.