Her silence speaks volumes because Prime Minister Narendra Modi had tweeted in support of Jallikattu. 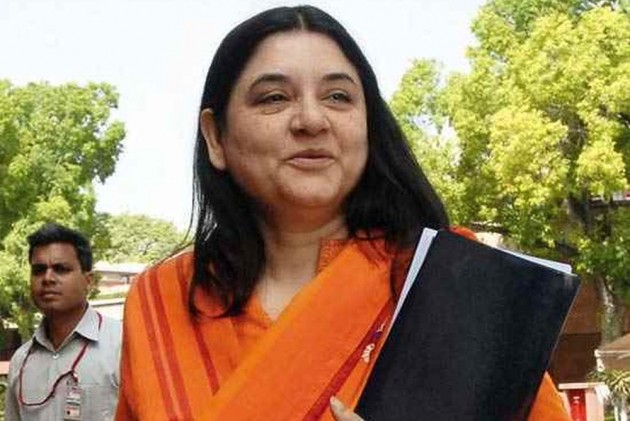 BJP leader and the most vociferous animal rights activist Maneka Gandhi has curiously zipped her lips on Jallikattu. So much so that Commerce and industry minister Nirmala Sitharaman, a politician from Tamil Nadu, had to tweet on her behalf to scorch a rumor that Gandhi had approached the apex court to ban Jallikattu.

Spoken on phone to Min @Manekagandhibjp a few minutes ago.Informs me she hasn't approached SC to ban #jallikattu.News in TV channels untrue.

Jallikattu is a bull taming sport played in Tamil Nadu as a part of Pongal celebrations. The Supreme Court had banned using bulls for Jallikattu events or bullock-cart races across the country. This Pongal, Tamil Nadu erupted over the ban on Jallikattu but Maneka, who has earlier called Jallikattu a terrible festival,  hasn’t spoken up yet.

Five months ago she had said: "Jallikattu is a terrible festival, be consigned to history it is not good, and the BJP has many many more important things to do. They should not try and get votes just through this. It is a very important party, and we have a role to play in Tamil Nadu. We have very intelligent people here, so we should look for good things to promote," Maneka had said.

Her silence speaks volumes because Prime Minister Narendra Modi had tweeted in support of Jallikattu. His party was more than eager to go against the Supreme Court had it passed an order.

“We are very proud of the rich culture of Tamil Nadu. All efforts are being made to fulfill the cultural aspirations of Tamil people,” Modi had said.

Tamil Nadu has 39 MPs in the current Lok Sabha and 37 of them are from AIADMK, a party BJP is trying hard to woo. The not-so-tacit support for the protest can be linked to the fact that AIADMK is controlled by the powerful Thevar caste for whom jallikattu is a valorous tradition.

Gandhi speaking against the popular sentiment attached with Jallikattu could mess party’s chances in Tamil Nadu, which is desperately trying to make inroads into the state where it has been a bit player.

Despite being the Union Minister for Women and Child Development, Gandhi had spent more time speaking for animal welfare.

Her silence becomes more loaded considering the ferocity with which she fought from Kashmir to Kerala against culling of stray dogs that have mauled kids and elders to death.

It was she who wrote to Defence Minister Manohar Parrikar to stop the practice of animal sacrifice in the Gorkha regiment and airdropping animals for regiments posted in inaccessible areas to provide them fresh meat.

It was she who wrote to Prakash Javadekar's ministry that gave permission to states to shoot the animals they consider "vermin" or pests.

Could be just that she is busy with her portfolio.