The Australian Bureau of Statistics projects that the population is growing by one person every 83 seconds and is due to reach the milestone figure at 1300 GMT. 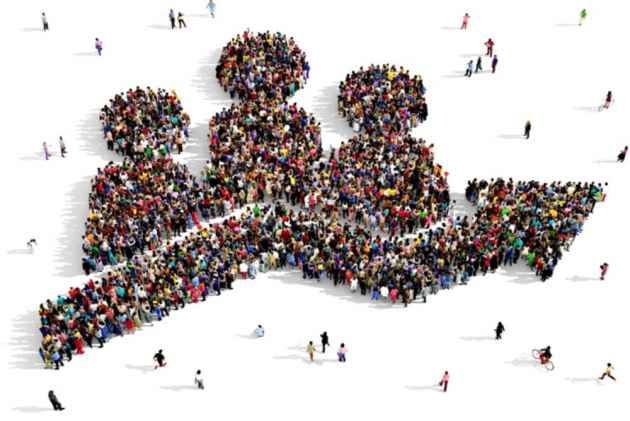 Australia's population was due to hit 25 million on Tuesday, renewing debate about overcrowding and infrastructure pressures in major cities as the government explores ways to encourage migrants into regional areas.

The Australian Bureau of Statistics projects that the population is growing by one person every 83 seconds and is due to reach the milestone figure at 1300 GMT.

It will mark a doubling of the number of people since 1970 who call Australia home.

The population rose by 388,000 last year and about 60 percent of this was due to immigration by people with special skills or family visas.

Despite Australia's huge size, about 90 percent of new arrivals settle in Melbourne and Sydney, the government said, prompting a fresh debate on its approach to migration as cities fill up.

"There are some areas that are feeling population pressures but there's other regions in Australia that are actually crying out for more people," Citizenship Minister Alan Tudge told broadcaster ABC.

"We need a better distribution of migration across Australia because nearly all the migration is going to Melbourne and Sydney at the moment."

Tudge wants migrants to look outside the country's two largest cities to state capitals and regional hubs where he said there were better chances of finding jobs.

The minister added the government was considering levers in its visa allocation to promote regional migration, but did not go into detail.

"We do have an ability to provide additional encouragement, indeed conditions, on people as to where they go," he said.

"So that is what we are exploring, and that is why we are having discussions with the South Australian premier and elsewhere." Overcrowding and inadequate infrastructure is a major issue in Australia, as state governments jostle with Canberra over planning priorities and funding.

The 25 million milestone has provided fodder for all sides of the political debate, with experts warning that a lack of coherent planning is limiting potential.

"Without a national framework to bring this knowledge and effort together, opportunities are being missed."