Tewari has served in various capacities in the State as well as in the Central Government. Currently, he was serving as the Additional Chief Secretary (ACS), Agriculture & Farmers Welfare and Governance Reforms in Government of Punjab. 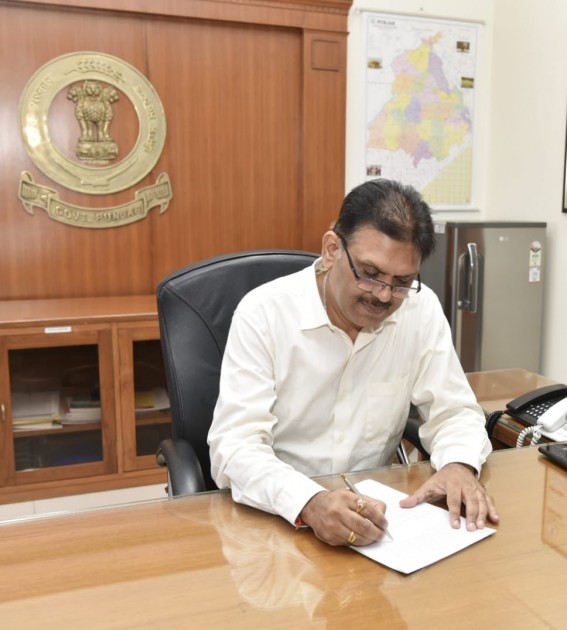 After reshufling in top political bosses  in Punjab government , After Charanjit Singh Channi took over as CM, following to reshufling at large in  bureaucracy also. A 1990-batch IAS officer,  Anirudh Tewari, on Thursday joined as Punjab Chief Secretary. He took the charge as the new state Chief Secretary replacing  Vini Mahajan, who has now been posted as Special Chief Secretary.
According to the orders issued by the state government he would also be the Principal Secretary Personnel and Vigilance besides Financial Commissioner Development, Principal Secretary, Food Processing and in addition Principal Secretary, Horticulture and in addition Principal Secretary, Governance Reforms & Public Grievances.
Tewari has served in various capacities in the  State as well as in the  Central Government. Currently, he was serving as the Additional Chief Secretary (ACS), Agriculture & Farmers Welfare and Governance Reforms in Government of Punjab. Earlier, he had also served as ACS, Power, New & Renewable Energy Sources, and Principal Secretary Finance, Planning, Industries & Commerce, Power and CEO, Punjab Bureau of Investment Promotion (INVEST PUNJAB).
Tewari had also worked as Director in the Department of Economic Affairs, Govt. of India and the Country Coordinator for International Fund for Agricultural Development (IFAD) (An agency of the United Nations). He had completed his graduation in Electronics & Electrical Communications Engineering and post-graduation in Economics from Punjab University. He had also received his Master’s in International Development Policy from Duke University, Durham, USA.