People were angry over the killing of the militant and they set the house on the fire Tuesday afternoon. 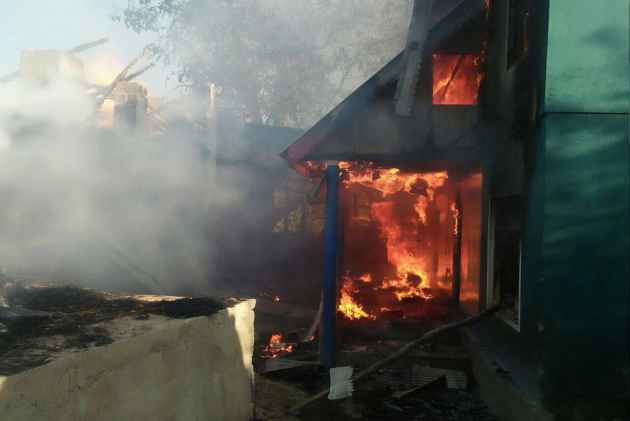 A mob instigated by anti-national elements and over ground workers of the Hizbul Mujahideen militant group on Tuesday set on fire a house belonging to a slain PDP leader, who was gunned down by militants in the Shopian district of south Kashmir.

Mohammed Ramzan Sheikh, a former sarpanch, was killed by militants on Monday night at his house located at Humhuna of Shopian.

Sheikh's family members had a scuffle with the assailants in which one of the militants identified as Showkat Ahmed was also killed.

As the mourners were gathering at the residence of Sheikh, a mob mainly comprising ground workers of Hizbul Mujahideen and other anti-national elements attacked the house, police said. Terming it as inhumane, director general of police SP Vaid said, "The family had not even condoled the death of their loved one properly before such a senseless act instigated by terrorists was perpetrated on them in less than 24 hours."

"Tears of two small daughters and two sons may not have dried off their cheeks and they had to witness inhumanity once again. Its a shameless act," Vaid said.

He said an FIR has been registered against the rioters. Strict action as per law will be take against those involved in the incident, Vaid said.