An Evening With Modi Baiters

Not your typical ranting session. 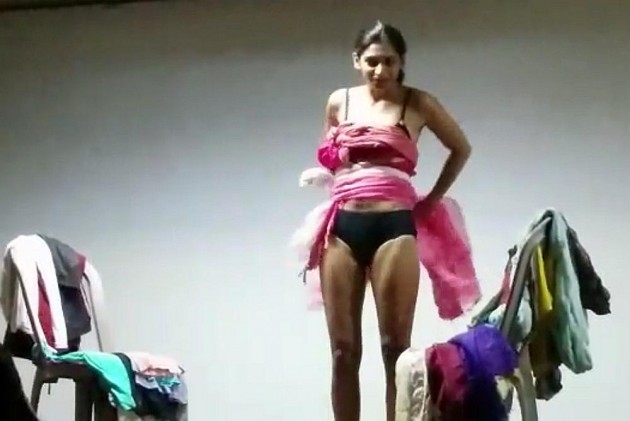 'An Evening Of Protest
One Year of Modi Government,
Urdu Ghar, May 23, 5 pm onwards' said the invite.

The enclosed, concrete structure before us showed no signs of a "protest" (or had we taken it too literally?) and even as we took our seats in the auditorium (air conditioned, by the way), we wondered if the so-called anti-establishment voices were going to turn out to be over-the-top jargon after all. In the midst of all the hullabaloo over the one-year anniversary of "acche din," what was going to be different about this debate?

After a routine delay from schedule that plagues every Indian mass event, a dramatic entry was made by our first protagonist — a tall, bearded man on the microphone introduced himself as Nakul and began listing out the "inflammatory speeches", the "land acquisition debate", "outrageous RSS statements" and the "attack on minorities" by the Modi government, while someone besides us groaned. Act one had begun.

The stage had been laid out for its audience. It wasn't going to be your typical ranting session. Instead we saw a structure — a few monologues, a dissenting song here and there, punctuated with clearly thought out satirical sketches. The character of the event was beginning to reveal itself.

Referring to the government as a snake in one of his poems — an analogy which was instantly followed by a couple of chuckles — Pankaj Srivastava, a "poet, journalist and friend" began with a "ghazal-numa-bhajan" —

After the unveiling of the trailer of Nakul's documentary on the 2013 Muzzafarnagar riots —Muzzafarnagar Baaqi Hai — the atmosphere turned somber.

With her curly hair neatly tamed, and a sophisticated saree draped around her, Supreme Court lawyer Rebecca John pronounced, "I am quite proud to be anti-national today." Rebecca's take on the judiciary's "different standards for the poor and the powerful" satiated the argumentative Indians present, as they nodded vigorously in agreement.

"Have you been wondering why the "dirty H" word hasn't been used yet? Oh, don't let that mind of yours astray, we mean Hindutva." Taking the lead, journalist Subhash Gatade deftly outlined the "lesser known aspects of the Gujarat model" which involved isolating Dalits by keeping them intellectually backward, glorifying Brahminism to keep them in their place and sidelining them… only to pit them against Muslims. Oops. The story was taking a controversial turn.

Attacks on minorities, farmer suicides, land grabbing, riots… "I do, I do, I do," he said. No, this isn't admission by someone from the government. Ashley Tellis walked on stage in a bright blue wig, an off shoulder top and a colourful skirt: an LGBT rights activist, his satire was an expression of his deep desire for our charismatic leader. That his brilliant ways of sitting on massacres and favouring the corporate turn Ashley on, was reiterated with the refrain, "Modi, I want to fuck your brains out. I do, I do, I do."

Saumya Dutta, convener of the Bharat Jan Vigyan Jatha elaborated on how the big push for renewable energy as a happy alternate to depleting fossil fuels isn't that clean a picture. Who cares if the 'empty land' being used for solar generation belongs to the desert communities? "It is not the policies which have changed, but the ruthlessness with which they are being implemented." The uncle sitting next to us, shifted uncomfortably in his chair.

"Har jagaah ka ek climate hota hai, toh dhyaan toh hume hi rakhna padega na?”" was theatre artist Mallika Taneja's transition to the final act. She knew the reaction she would elicit as she comes on stage with nothing covering her 'modesty' but a bra and a panty. She knew that when she stood there to a stunned crowd (people stopped filming on their phones, because who wants to be THAT person when everyone is watching, right?). She then began covering herself by tying dupattas around her torso, slipping on a couple of tank tops, tee shirts, knickers, pants, sweaters, socks (for her hands and feet) and finally an oversized dress to wrap it up — all the while talking about how women must not invite trouble. And then, twice her size with the number of clothes and a helmet on her head for charm, when she asked "main kaisi lag rahi hoon," the applause went from stunned to madly appreciative. The audience had reached catharsis.

By now, everyone was expecting the Great Indian Tragic Finale. Enter Sanjay Rajoura. "Yaar, log toh sab jaa rahe hain, mera act kaun sunega?”" Those trying to sneak out left with grimaces and apologetic smiles to no one in particular. For those who stayed, what followed was thirty minutes of a laughter riot. Have you ever heard of an analogy between the corporate world and the Taliban? "Try entering a corporate office without a tie. Next thing you know, your fingers will be fumbling to tie the perfect knot around your neck as the security guard gives you death glares." Questioning reservation, the premise of political power and our collective inability to raise questions, the political satirist's stand up act was tragic only because it left us with tears (of laughter) and uneasy questions.

The dramatic evening wrapped up but left us with the realisation that we had just heard one side of the debate. It was well beyond 9 in the night and both our phones were buzzing with frantic calls. As we walked towards a more crowded part of the area, Mallika's words echoed in our heads, ab dhyaan toh humein hi rakhna padega na?