Ambedkar In The Times Of Hindutva

Five dalits are lynched by a Hindu mob. Their alleged crime: skinning a cow. The reporters and analysts who express shock and outrage do not go beyond stating that the dalits were doing what they have been traditionally doing: selling the dead cow's 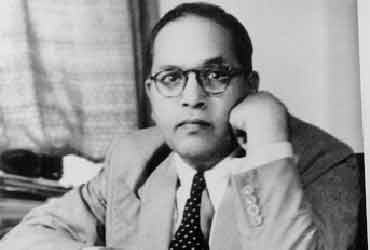 Five dalits are lynched by a Hindu mob. Their alleged crime: skinning a cow. The reporters and analysts who express shock and outrage do not go beyond stating that the dalits were doing what they have been traditionally doing: selling the dead cow’s hide to make a living. There are few who want to explore the historical relationship between the cow, the brahmin and the origins of untouchability.

The caste Hindu common sense is that eating beef is a taboo for the Hindus. The common sense also takes untouchability for granted, as something sanatan (permanent, eternal). For the Hindus, the cow is sacred. And what is daubed with sacredness is beyond the pale of argument. Then what about those who eat beef, the dalits? Are they Hindus? When did they start eating beef? Why did the brahmins for whom every day was probably a beef-steak day in the vedic period give up beef and meat altogether?

In 1948 Bhim Rao Ambedkar sought some serious answers to these and other questions, answers which have been neglected by the mainstream academia and intelligentsia. Here, we present the answers that Ambedkar sought in a context where at one end (Tamil Nadu) dalits today are being forced to eat shit and drink urine, and at another (Haryana) dalits are being forced to pay with their lives for doing what they have been condemned to do - eat the meat of the dead cow and use its skin for making leather products.

(In Thinniam, a village in the Tiruchi district of Tamil Nadu, on May 21 two dalits were forced to eat dried human shit when they insisted on the right to a house for which they had paid money to the caste Hindu village panchayat president. The news was under-reported. Within a few months a dalit in Nilakottai, Dindigul district, was forced to drink urine in public. At the other extreme the hindutva lobby is delighted to get cow-urine therapy patented in the US.)

Even Ambedkar would not have visualised such a scenario. He records several crimes against dalits but not ones where they were forced to eat shit or lynched for skinning a dead cow. His investigations into the origins of untouchability bear a lot of significance on how we understand what happened in Jhajjar or in Thinniam. In the preface to his work The Untouchables: Who Were They and Why They Became Untouchables? -- from where we have excerpted much of what is featured here - he dwells at length on why brahmins and caste Hindus have neglected this area of research:

"Notwithstanding the attitude of the Brahmin scholars, I must pursue the task I have undertaken. For the origin of these classes is a subject which still awaits investigation … That the Hindus should not have undertaken such an investigation is perfectly understandable. The old orthodox Hindu does not think that there is anything wrong in the observance of untouchability. To him it is a normal and natural thing. As such it neither calls for expiation nor explanation. The new modern Hindu realises the wrong. But he is ashamed to discuss it in public for fear of letting the foreigner know that Hindu Civilisation can be guilty of such a vicious and infamous system or social code as evidenced by Untouchability…

"This book may, therefore, be taken as a pioneer attempt in the exploration of a field so completely neglected by everybody. The book, if I may say so, deals not only with every aspect of the main question set out for inquiry, namely, the origin of Untouchability, but it also deals with almost all questions connected with it. Some of the questions are such that very few people are even aware of them; and those who are aware of them are puzzled by them and do not know how to answer them. To mention only a few, the book deals with such questions as:

"Why do the Untouchables live outside the village? Why did beef-eating give rise to Untouchability? Did the Hindus never eat beef? Why did non-Brahmins give up beef-eating? What made the Brahmins become vegetarians, etc. To each one of these, the book suggests an answer. It may be that the answers given in the book to these questions are not all-embracing. Nonetheless it will be found that the book points to a new way of looking at old things."

That Ambedkar’s work did not get the attention and the follow-up it deserved is something he seems to have anticipated. He wrote in the same preface:

"If any non-Brahmin were to make such an attempt the Brahmin scholars would engage in a conspiracy of silence, take no notice of him, condemn him outright on some flimsy grounds or dub his work useless. As a writer engaged in the exposition of the Brahmanic literature I have been a victim of such mean tricks."

And today, as we seek to correct this historical neglect - which partly makes us responsible for what happened in Jhajjar and Thinniam - we can only hope that reading Ambedkar will offer us a way to understand and fight not only the fundamentalism of the obvious kind around us (in the form of VHP/ RSS/ BJP), but also the fundamentalism in us.