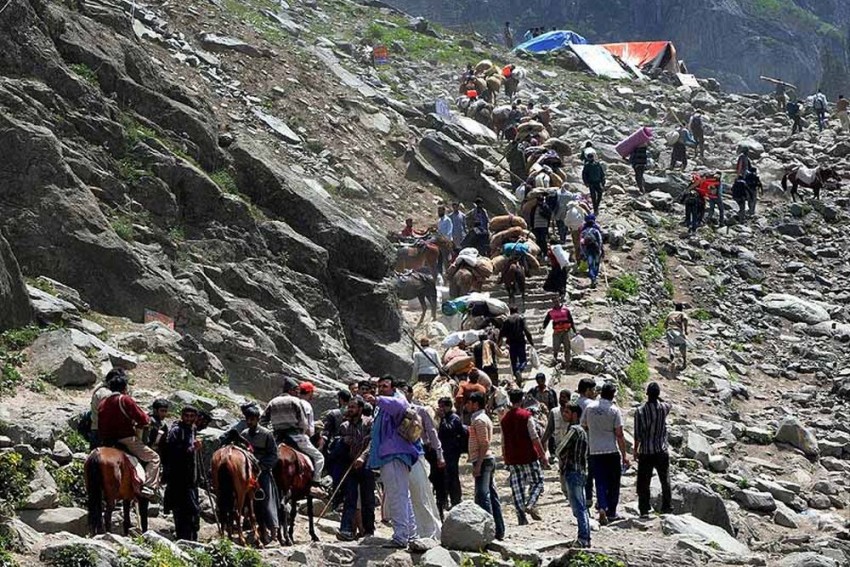 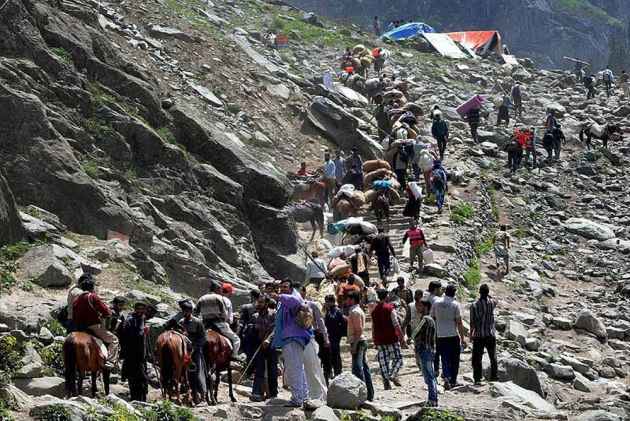 The Amarnath Yatra in south Kashmir Himalayas was suspended today from both Pahalgam and Baltal routes due to landslides even as the death toll during this year's yatra rose to 11 , an official spokesperson said.

"The yatra via both Baltal as well as Pahalgam routes remained suspended because of landslides and shooting stones between Railpathri and Brarimarg and continuous rains in the yatra area," he said.

He said, however, limited helicopter services functioned from both the routes.

"On the 7th day of the ongoing Shri Amarnathji Yatra, 5,919 yatris paid obeisance at the holy cave. Till date, 60,752 yatris had darshan of the Shivling at the holy Cave," the spokesperson said.

Meanwhile, the death toll during this year's yatra reached 11 today as a woman pilgrim died after getting hit by a shooting stone at Brarimarg along the Baltal route, a police official said.

He said the woman, identified as Lakshmi from Hyderabad, died on the spot.

A landslide struck the yatra route between Brarimarg and Railpathri last night, resulting in the death of three pilgrims and injuring four others, including one yatri.

The deceased were identified as Delhi residents Shailendra (30) and Jyoti Sharma (35) and Ashok Mahto (51) from Bihar.

The police official also informed that a 60-year-old pilgrim from Gujarat, Naniben Parma, died due to cardiac arrest at the Panjtarni base camp last evening, adding that the body was taken to the Baltal base camp for further legal proceedings.The pilgrimage began on June 28 and is scheduled to conclude on August 26, coinciding with Raksha Bandhan.