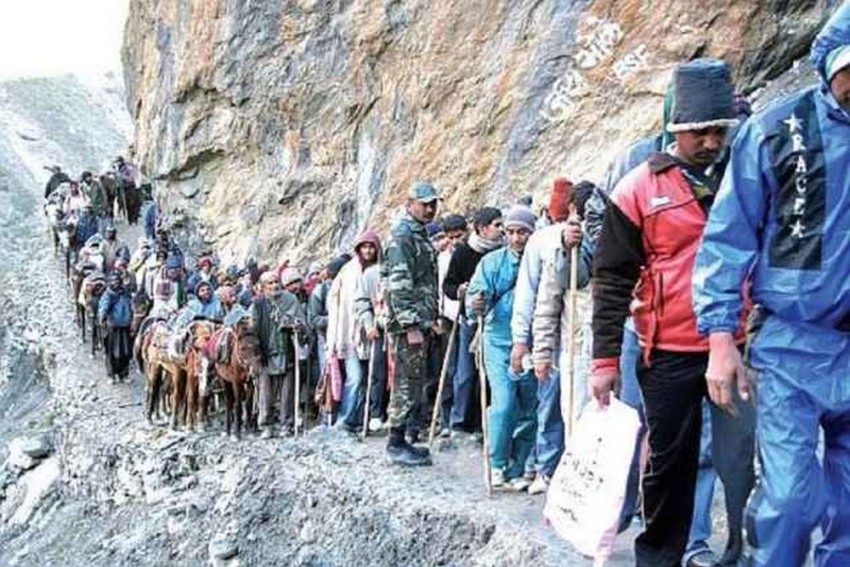 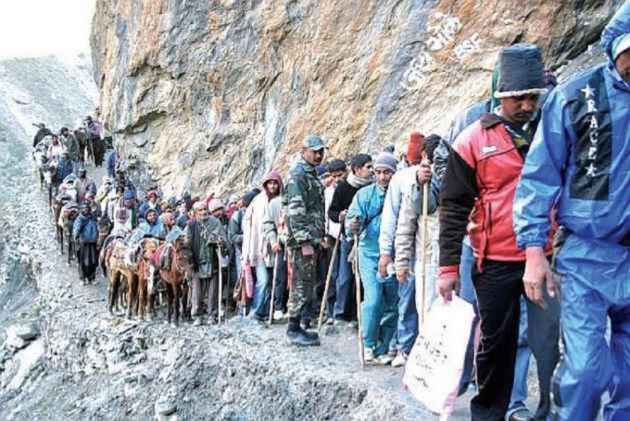 The Amarnath Yatra resumed from Jammu on Monday after a day-long suspension allegedly due to appprehensions of law and order problems on the second death anniversary of Hizbul Mujahideen terrorist Burhan Wani.

The resumption of the yatra came as a major relief to thousands of pilgrims who were left stranded here for the past several days due to various reasons, primarily the inclement weather in the area around the 3,880-metre high holy cave shrine of Amarnath.

A fresh batch of 6,162 pilgrims, including 1,360 women and 222 Sadhus today left the winter capital for the twin base camps of Baltal and Pahalgam in Kashmir, officials said.

They said that the pilgrims left in two convoys from Bhagwati Nagar base camp under tight security arrangements early today and are expected to reach their destinations in the Valley later in the day.

The traffic also resumed on Jammu-Srinagar national highway –- the all-weather road linking Kashmir with rest of the country. The highway was closed for traffic yesterday as a precautionary measure in view of apprehensions of law and order problems in the Valley.

While 3,163 pilgrims, including 516 women and 197 Sadhus opted for the traditional 36-km Pahalgam track in Anantnag district, 2,999 others, including 844 women and 25 Sadhus are performing the yatra through shorter 12-km Baltal track in Ganderbal district, the officials said.

They said a total of 234 heavy and light motor vehicles left the base camp for the Valley after authorities gave a green signal for resumption of the pilgrimage from here.

This was the ninth batch from Bhagwati Nagar base camp and so far a total of 33,588 pilgrims had left for the Valley from Jammu, the officials said.

The 60-day yatra was suspended from here for the fifth time yesterday since its commencement on June 28, owing to a strike call given by separatist groups to mark the second death anniversary of Hizbul Mujahideen commander Wani.

Earlier, the yatra was suspended on four occasions to avoid overcrowding and to ensure safety of the pilgrims in view of heavy rains which triggered landslides and shooting of stones on the pilgrimage route.

Till last evening, a total of 94,412 pilgrims had paid their obeisance at the holy cave, housing the naturally formed ice-shivlingam since the beginning of the annual yatra, the officials said, adding the number is expected to cross the one lakh mark today itself as the yatra is "progressing well" on both the routes.