All That You Wanted To Know About Israel-Palestine...

...but were afraid to ask: A handy list of resources and a ready-reckoner on the current crisis 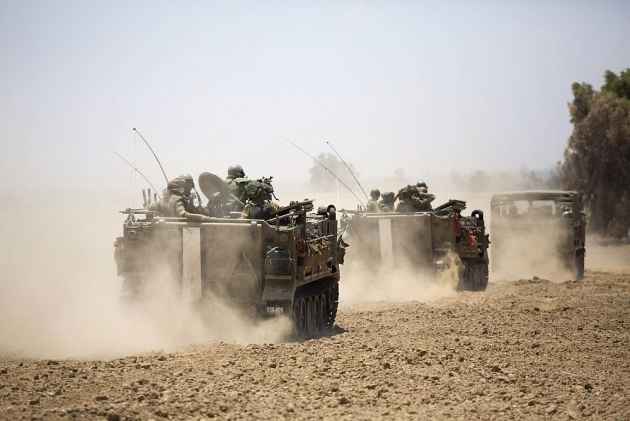 Many people assume the Israeli-Palestinian conflict is particularly difficult to understand, perhaps even convoluted beyond a solution, and for a long time I would have agreed. Even when I started educating myself about U.S. foreign policy in the late 1980s — topics like Central America, Iraq and Iran, and corporate-led globalization — I avoided what I assumed was the dizzyingly complicated topic of Israel/Palestine. But I was wrong.

Maybe it’s a combination of factors that create this perception: the region’s religious history and the passions that arise from that, the existential threat faced by European Jews that culminated in the Holocaust, and the (mis)perception that this roughly 60-year-old conflict has gone on for centuries. Whatever the causes, one result is that many in the United States dismiss the topic as both impossible to understand and impossible to resolve.

Below is a short list of recommended resources and a brief discussion of the current crisis. One must read widely and critically to grasp a topic, and this is no exception. The information below is intended to serve as a good foundation from which to explore.

THE FOUNDATIONS
Middle East Research and Information Project— long one of the most valuable sources of information about Asia and the Middle East— maintains an updated primer on Israel and Palestine, covering everything from Ottoman rule to the recent Palestinian bid for membership in the United Nations. This is THE place to start.

CURRENT REPORTING
Regardless of their limitations, mainstream news outlets like the New York Times and BBC are important. And as with any topic, one should read widely and critically from a variety of sources. Two excellent supplements are:

+972 Magazine is a source of reporting and opinion from both Palestinians and Israelis. This digital magazine takes its name from the international dialing code shared by Israel and Palestine: 972.

Democracy Now is a daily one hour news broadcast. When Israel and Palestine are in the headlines Democracy Now tends to devote a decent portion of their program to the topic and becomes a great source of first-hand reporting and debate.

DETAILS ON THE RECENT CRISIS

Is this a result of the kidnapping and murder of three Israeli teenagers?

One story has it that the current intensification began on June 12 when three teenage boys who lived in Israeli settlements in the occupied West Bank were kidnapped. In the weeks that followed Israeli forces arrested hundreds of Palestinians, many of whom can now expect to be held indefinitely without charge; ransacked and destroyed Palestinian homes; and imposed a curfew in the city of Hebron. Six Palestinian civilians died during the raids.

This was all done on the pretext of finding the three teenagers and bringing their kidnappers (who Israeli Prime Minister Benjamin Netanyahu insisted were part of Hamas) to justice. But as Max Blumenthal reported on July 8, it’s now evident that during the entire West Bank raids and arrests Israeli officials were aware that the three boys had been killed on the day of the kidnapping and that the murderers were not part of Hamas. The boys’ parents were lied to by Israeli officials and a media gag order was imposed in order to maintain the fiction that the three teenagers were still alive and a search for them and their kidnappers was necessary.

Does this relate to the unity agreement between Hamas and Fatah?

Many analysts argue that the crackdown in the West Bank and attack on Gaza were actually motivated by discomfort with a recent unity agreement between Hamas and Fatah, the two prominent Palestinian political factions. Nathan Thrall made that argument in a NY Times op/ed on July 17.

Are Palestinian aspirations and those of Hamas the same?

Most Palestinians do not see themselves as partisans in the Hamas— Fatah split. “I hate both Hamas and Fatah” is a phrase I heard more than once when I got to visit Jerusalem and the West Bank in 2012. Nonetheless, these are the two political power centers in occupied Palestine and, as such, many Palestinians see them as imperfect advocates for their basic rights, addressing concerns like the economic siege on Gaza, the building of settlements in the West Bank, and the Israeli control of travel and trade in both territories.

After the current escalation began, terms of a ten year truce were offered by Hamas and Islamic Jihad. A simple appeal for basic rights, it’s worth reading in full.

In a July 23 NY Times op/ed Mohammed Omer writes from Gaza City that “The terms outlined by Hamas for a cease-fire are the same as those the United Nations has called for repeatedly: open the border crossings; let people work, study and build the economy. A population capable of taking care of its own would enhance Israel’s security. One that cannot leads to desperation.”

And on the Israeli side of the border, Noam Sheizaf, an Israeli journalist and former IDF soldier, elaborates in +972 Magazine on his observation that: “I know of many Palestinians who do not like Hamas. Yet for them, the Gaza war is about the siege— part of their own war of independence. Israelis refuse to get that.”

Finally, a particularly good bit of reporting by Anne Barnard in the NY Times supports the view that many Gazans are supportive of the goals of a resistance and at the same time don’t identify as supporters of Hamas.

Why should we in the U.S. care more about what happens in Israel/Palestine than conflicts, some larger, in other parts of the world?

One could make a very strong argument that the United States could bring the Israeli occupation of the West Bank and Gaza to an end simply by terminating support of it. This support comes in two forms:

First, Israel is the largest recipient of U.S. foreign aid, receiving $3.1 billion each year, a quarter of their military budget, directly from the United States. About a quarter of the funds are spent on Israeli military production and the rest returns to the U.S. in orders for American-made weapons, such as those being used on Gaza right now. The Federation of American Scientists has adetailed report on the topic.

Perhaps more important is the diplomatic cover the United States provides to Israel in the United Nations. As a permanent member of the UN Security Council the United States has frequently used its veto power to block resolutions more than any other member since 1972. The majority of these vetoes have been used to quash resolutions critical of Israel, most recently a February 2011 resolution reaffirming the illegality of Israeli settlements being built in the West Bank and East Jerusalem. It’s interesting to scroll through the comprehensive list of all vetoes cast by the permanent five members of the UN Security Council, and note the topics.

The moral argument is that the central role of the United States in the Israeli-Palestinian conflict obliges Americans to understand it, if only for the fact that we are in a stronger position to change U.S. policy than those in other parts of the world that fall victim to it. To this end there are a number of organizations in the U.S. that work on this issue, such as: