Home  »  Website  »  International  » Opinion  »  All For Glory
View From Britain

Cameron, like other prime ministers, appears to suffer from Churchill Syndrome: the belief that, to be a great leader, you need a great conflict. 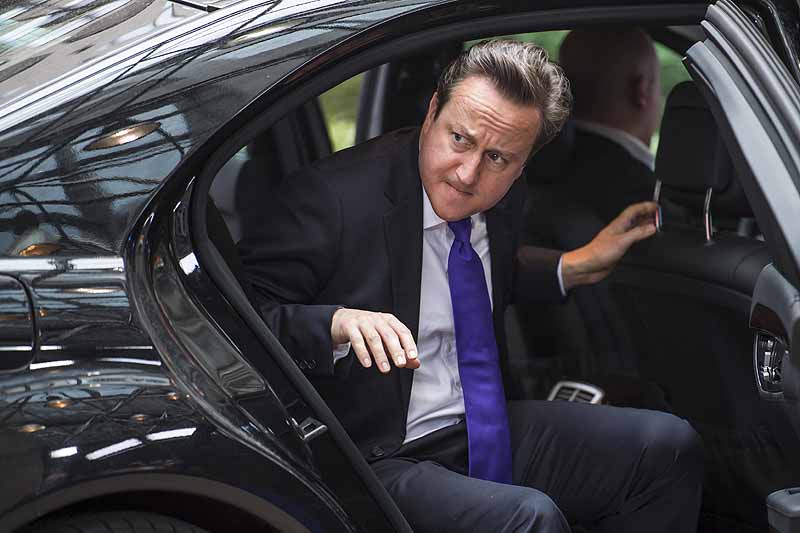 Where you would expect to see caution and circumspection, instead there is a rush to action. Where you would expect to see determination and resolve, there is only vacillation and delay. The contrast between the government's handling of the Syrian crisis and its handling of the climate change crisis could not be greater. It responds to these issues with an equal and opposite recklessness.

"We have to hit these terrorists in their heartlands right now," David Cameron told parliament last week. While it is hard to contest the principle of fighting Isis, to do so without a clear strategic purpose and intelligible objectives is lunacy.

The 70,000 fighters Cameron believes he can call upon might exist, but most of them are fighting President Assad in other parts of the country. Does he really intend to draw them away from that fight, even if — and this seems unlikely — they are willing to be drawn? After all, he insists (correctly I believe) that "we will not beat ISIL if we waver in our view that ultimately Assad must go." Redeploy Assad's opponents against a different enemy and he will consolidate his hold on Syria. This flaw in the plan is so obvious that it should scarcely need stating.

Where are the targets, and how will our bombers hit them? Isis is buried among the remaining residents in the city of Raqqa. What ratio of dead civilians to dead fighters does Cameron consider acceptable? For there will be a ratio, and it is likely to be a large one: the terrorists will make sure of that.

On what grounds does he believe that a military campaign in one part of the world will discourage terrorism in others? One of the astonishing features of counter-terrorism is the dearth of empirical assessment. A paper in the journal Psicothema found "an almost complete absence of evaluation research on counter-terrorism strategies …[we] conclude that counter-terrorism policy is not evidence-based." Of the 11 military adventures the researchers analysed, they found that five had no discernible impacts on subsequent terrorism. Six were followed by more terrorism than there had been before.

By contrast, we need no further research to tell us that climate change requires a fast and decisive response. Yet, on every front, Cameron's government dithers — or worse.

The UK is now the only G7 nation substantially to increase its subsidies for fossil fuels: this year, George Osborne granted a further £1.7 billion of tax breaks for extracting oil and gas from the North Sea. Cameron has imposed, through the Infrastructure Act 2015, a legal obligation on the government to "maximise economic recovery" of the UK's oil and gas. As it also has a legal obligation (through the Climate Change Act 2008) to minimise the burning of oil and gas, this creates something of a quandary. But no one in the government appears to care.

He has, in effect, shut down the development of onshore windfarms and large-scale solar power, and now wants businesses to invest in gas instead. The only way in which more gas burning could be reconciled to our climate change commitments is to capture and bury the carbon dioxide it produces. But seven days after the government announced its dash for gas, it dumped its carbon capture and storage competition, ensuring that its contradictions are now impossible to resolve.

It has cut the funding for energy efficiency in homes by 80%. It is selling its green investment bank. It has cut the incentives to buy less polluting cars. It wants to build new roads and runways. Only with a reversal of these policies, and the vastly expensive closure of the plants Mr Cameron now seeks to commission, could the United Kingdom meet its climate targets.

So, while one Cameron claims to protect us from global threats, another Cameron contributes to a catastrophe likely to dwarf anything Isis could unleash. Even if they are honoured, the pledges that nations have brought to the climate change conference in Paris commit the world to dangerous global warming. But bad faith is contagious, and if governments undermine their own commitments, as Cameron is doing, the outcome will be even worse.

A study published in Nature Climate Change last month found that, if climate breakdown is not curtailed, by the end of this century temperatures in parts of Saudi Arabia, Yemen, Kuwait, Iraq and Iran "are likely to approach and exceed" the levels that human beings can survive. That doesn't sound to me like a formula for peace on Earth.

During his statement on Syria, Mr Cameron told the House of Commons that "my first responsibility as Prime Minister … is to keep the British people safe". So why does he expose us to such threats? Why, when the outcomes are so unlikely and uncertain, does he pursue his bombing campaign with such passionate intensity, while his statements on climate change — where the need for action is so clear — lack all conviction?

No politician does anything with enthusiasm unless they wanted to do it all along: look at the glee with which George Osborne pursues austerity, even as its initial justifications are forgotten. Cameron, like other prime ministers, appears to suffer from Churchill Syndrome: the belief that, to be a great leader, you need a great conflict. Unlike Tony Blair, he has not invented the war he wishes to join, though his involvement risks its escalation.

There is nothing thrilling, nothing that conjures a mental image of sitting codpieced and cockaded on a rearing steed, gazing into the middle distance, about decarbonising the economy. The measures required are mundane and unglamorous. To make your mark, to take your place on the political panelling, you need a few explosions.

If the political effort and expense devoted to the bombing of foreigners over the past 25 years had instead been addressed to the world's environmental issues, we might not now be facing a multitude of crises. But the threshold for bombing has always been low, and the threshold for protecting the living world has always been high. It's as if governments were indifferent to life and in love with death.