It can be contracted by humans for whom it will be fatal in extreme cases. 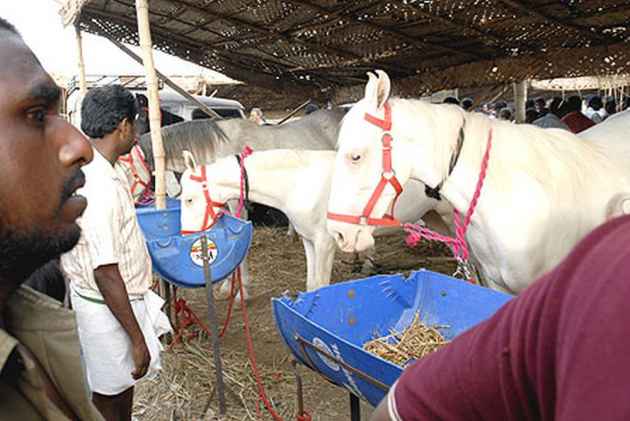 The government has banned the movement of horses in West Delhi after reports of diagnosing highly infectious Glanders disease in them that puts the residents’ health at risk.

The disease can lead to death in the case of horses. It can also be contracted by humans for whom it will be fatal in extreme cases, the reported said, quoting an official.

Divisional Commissioner Manish Saxena directed owners to get their horses examined at the government lab at Hisar, reported the Indian Express. The DC has also asked them to submit sample details with the Delhi government’s revenue department.

As of now, seven out of 13 samples have been diagnosed with the disease. The government order restricts horses’ to-and-fro movement for the next three months. As per government records, there is a total of 2694 horses in the national capital.

Formation of nodular lesions in lungs and ulcers in the respiratory tract are its main symptoms. In acute cases, it leads to coughing, fever and septicaemia. In such cases, it can lead to death within days.

The bacterium that causes this disease is called Burkholderia mallei. Contaminated water or feed is the main reason for the disease.

In Delhi, horses are mainly used for light carriage and for weddings.

According to a report by Pioneer, in the last three years, glanders has been reported from 12 States in India. In 2017 from April 1 to November 31, it has been confirmed in Haryana, Maharashtra, Himachal Pradesh, J&K, Punjab, UP, Uttarakhand, Gujarat, Rajasthan, West Bengal, Madhya Pradesh and Delhi, says the report. Over 200 positive cases have been confirmed till date. The maximum cases have reported from UP this year.

An earlier report by Pioneer says India has around 1.17 million equine. In October, Union Health Ministry issued an alert after diagnosing the disease in several states. The ministry is also preparing guidelines for the prevention and control of the disease. A report by Hindustan Times in November said the animal husbandry department announced setting up of two research centres in Rajasthan for primary investigation of glanders disease

Quoting a veterinarian, the Pioneer report says major glanders outbreaks in India were reported between 1976 and 1982 from various parts of the country. Later, sporadic cases