After World Bank, ADB Too Says No To Pak's Biggest Dam Project in PoK 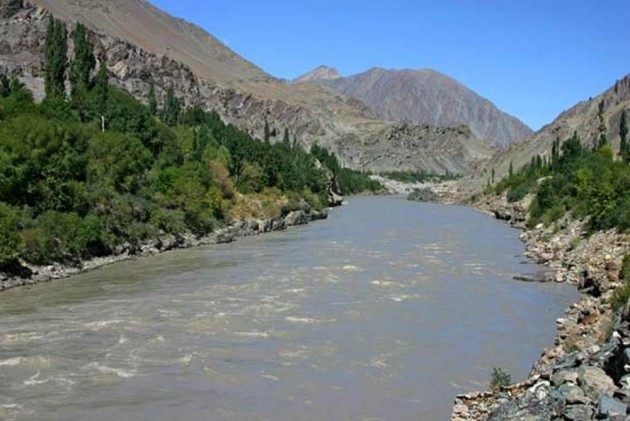 In a blow to one of Pakistan’s most ambitious energy projects in the disputed territory with India, the Asian Development Bank (ADB) has refused to fund the $14 billion Daimer-Bhasha Dam on the Indus. Two years ago the World Bank too had declined to fund the project following Islamabad's refusal to seek an NoC from India.

According to a report in Dawn, the ADB called for government reforms which would aid private investment, essentially meaning go look for fund elsewhere, for the dam Pakistan is planning in Gilgit-Baltistan district in Pakistan Occupied Kashmir.

The 1960 Indus Water Treaty gave rights over the Sutlej, Ravi and Beas rivers to India and the Jhelum, Chenab and Indus -- where the Diamer Bhasha dam is planned -- to Pakistan. It also prohibits India from storing water or diverting flows to deprive Pakistan.

“We did not really make any commitment. This is a very big project,” ADB president Takehiko Nakao is quoted as saying.

Nakao was addressing the press along with Finance Minister Ishaq Dar at the end of the 15th ministerial meeting of the Central Asia Regional Economic Cooperation (CAREC) programme.

Nakao said the United States Agency for International Development (USAID) was conducting a feasibility test on the project. He added that while the project was important for the country, it needed to cultivate more partnerships to provide funding for the project which was too expensive to be completed by a single source of funds.

The Dam project has been facing hurdles in the past since former PM Yusuf Raza Gilani laid the foundation stone in October 2011. The project had started facing reprisals a year later in August when several sponsors backed out citing that the territory was disputed and asked for an NoC from India.

In August 2013 however, Pakistan’s FM Dar said that the NoC roadblock had been cleared and that the Aga Khan foundation and the ADB had agreed to be financiers for the project.
While the US and China have promised to help Pakistan court private investors for the dam, they’ve resisted putting up the cash themselves.

Beijing’s leaders kept away from a project in a disputed area that has triggered three wars between Pakistan and India, where tensions over shared waters are rising, reported Bloomberg earlier.

This latest development though has put a spanner in the works of what is proposed to be the largest RCC dam in the world.

Nakao highlighted the indecision, saying, “We haven’t decided [whether to fund] this project yet because it needs big money.” The ADB has however said that it would consider joining the project later.

Pakistan is said to have seen the ADB as the chief financier of the dam, which is proposed to have a six million acre feet capacity and a power output of 4,500MW that could be a gamechanger for Pakistan’s energy sector.