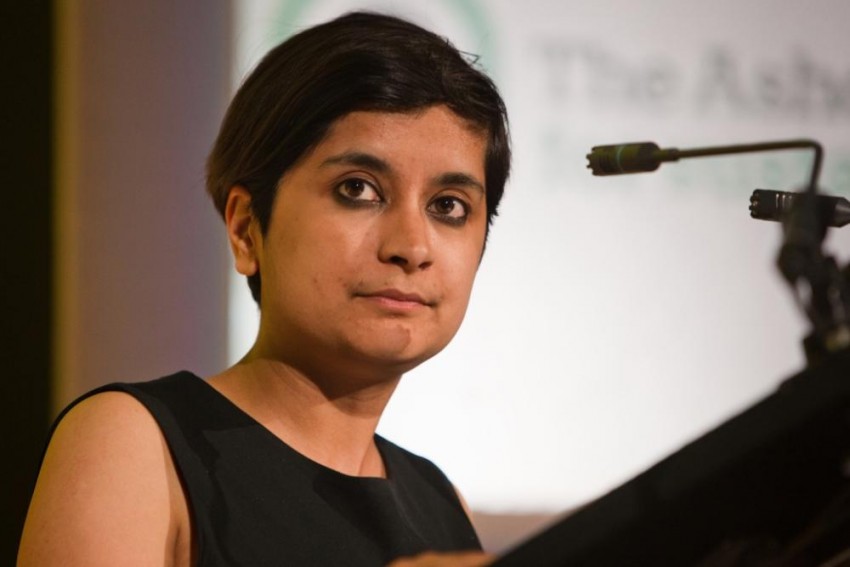 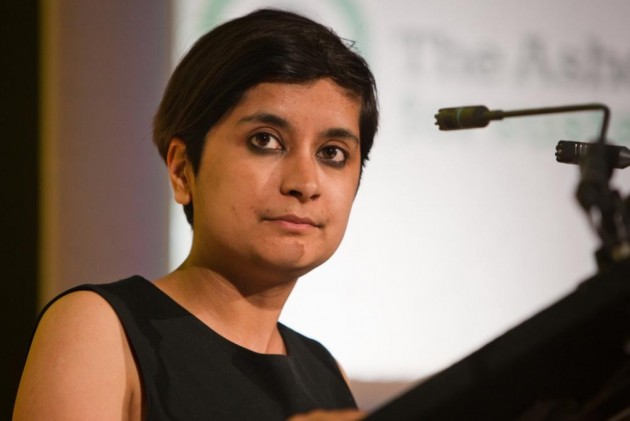 Daughter of a Bengali bookkeeper and growing up in Harrow, Shami Chakrabarti, 47, has come a long way as a human rights campaigner. She was once referred to as "probably the most effective public affairs lobbyist of the past 20 years".

After graduating with a Bachelor of Law from the London School of Economics (LSE), Chakrabarti was called to the Bar by the Middle Temple from where she went on to work as a barrister at the Home Office. She shot to prominence after she was appointed director of human rights organisation Liberty in 2003 and campaigned against what the pressure group sees as the "excessive" anti-terrorist measures that followed the September 11, 2001 attacks in the United States, such as the Anti-terrorism, Crime and Security Act 2001 (ATCSA). She made it to second place in the Channel 4 Political Awards 2006 for the "Most Inspiring Political Figure" award. It was voted for by the public and she came second to Jamie Oliver, above Tony Blair, David Cameron and Bob Geldof.

However, she has been in the midst of several controversies, one being her role as a member of the governing board of LSE, when the scandal surrounding the £1.5 million donation in 2009 from Saif al-Islam Gaddafi, the son of former Libyan leader Muammar Gaddafi, came to light. Amidst calls for her resignation, Chakrabarti was accused of hypocrisy by the Student Rights project of the Henry Jackson Society for being "the director of a human rights group while legitimising murderous regimes" as a governor of LSE.  In April 2013, after Chakrabarti admitted to feeling "bucketfuls" of embarrassment and shame about the affair, her spokesman confirmed that she had severed all ties with LSE.

Now she finds herself in the midst of another bitter row following Labour leader Jeremy Corbyn’s nominating her for a peerage. She would undoubtedly make an excellent addition to the gilded chambers of the House of Lords, but it is the timing of the nomination that is in question, which came too close at the heels of her chairing an inquiry into anti-Semitism within the Labour Party.

Her role in the inquiry has been criticised by MPs and Jewish groups after it emerged that she had suppressed an interview with Corbyn, in what is being termed as her “whitewash” report, published on June 30, which said Labour was not overrun by anti-Semitism or other forms of racism despite an “occasionally toxic atmosphere”.

The party’s deputy leader and Corbyn’s challenger to the forthcoming leadership election, Tom Watson, who reportedly was not consulted on the nomination, told BBC Radio 4: "Shami Chakrabarti is precisely the kind of person you would want in the House of Lords. She's a very highly-regarded human rights lawyer and we need her there." Calling it a “mistake”, he added: "The timing is not great for the Labour Party.”

Keith Vaz, chairman of a Commons committee which is investigating anti-Semitism, has written to Chakrabarti asking her if she was offered the peerage before she published her report. "It would be helpful if it [the interview transcript] was published. I know Shami Chakrabarti believes in transparency," he said. “We were told that this was an independent inquiry and if it transpires that Shami Chakrabarti was offered her peerage before she was appointed or during the time she was appointed to conduct that inquiry then we needed to have been told,” he added.

Last month, she admitted in an interview to a Jewish TV channel that she had interviewed Corbyn about why he had described Hamas as “his friends” but had failed to mention it in her report. In her defence, she said, “I was not adjudicating on Mr Corbyn, his leadership or any other individual in the party.”

Wes Streeting, the Labour MP for Ilford North, said: “As a lawyer, Shami Chakrabarti will recognise three words: appearance of bias. She may be one of the country’s leading campaigners for civil liberties, but we shouldn’t pretend that everything about the timing and nature of this appointment doesn’t stink.”

The Chief Rabbi, Ephraim Mirvis, has said the peerage leaves the credibility of her inquiry “in tatters.”  The Community Security Trust, an anti-Semitism charity, said it was a “shameless kick in the teeth for all who put hope in her now wholly compromised inquiry”.

For Labour, which is on the verge of a break-up due to deepening internal schisms, this latest controversy is bound to cause further divisions within. But Corbyn, a close friend of Chakrabarti, continues to defend her nomination.  He said, "Shami Chakrabarti was the director of Liberty for a very long time. She's an absolutely brilliant, fiercely independent lawyer who stands up for human rights and justice and civil liberties not just in the UK but all around the world.

Unfortunately, for a woman with a stellar career record, this controversy may scar her reputation irreparably.