Home  »  Website  »  Arts & Entertainment  » Reportage  »  A Voice That Suffered At Prime, A Dance That Never Bloomed On Stage

A Voice That Suffered At Prime, A Dance That Never Bloomed On Stage

Classical vocalist Radha Viswanathan is no more. A look at the life of the dancer-turned-musician groomed under her step-mother M.S. Subbulakshmi, a Carnatic icon. Also a peek at Bharatanatyam dancer K.J. Sarasa who died on a January 2. 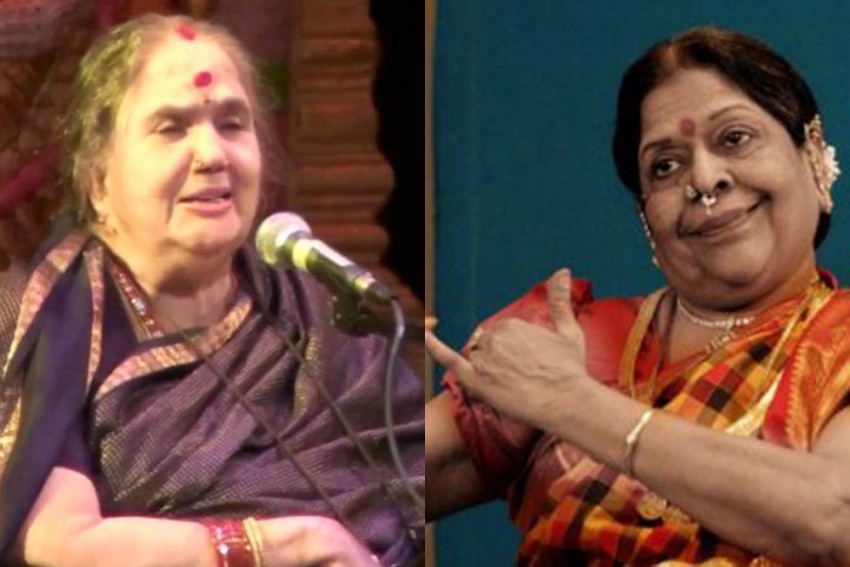 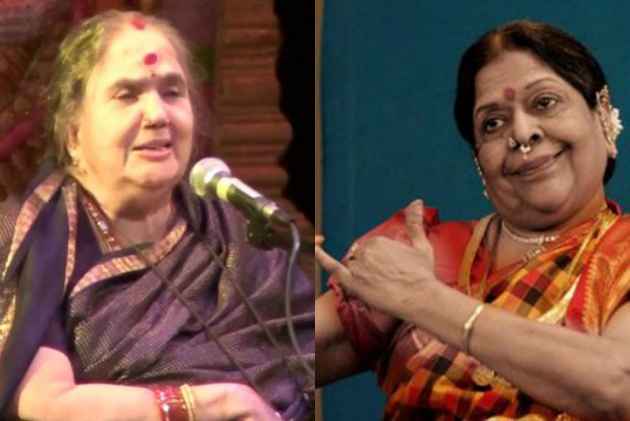 Come this spring, and Radha Viswanathan would have completed 35 years of her comeback phase in career as a classical vocalist. Today, when she was running 84 years of age, the world Carnatic music has learned about the death of the artiste—particularly known for her relation with a titan figure in Indian culture.

Radha was the step-daughter of Bharat Ratna M.S. Subbulakshmi. In the peak of the 20th-century nightingale’s fame, innumerable were the concerts where Subbulakshmi had Radha as the accompanying vocalist. There existed a gap of only 18 years between them, but technically MS was amma for Radha. For, the Carnatic queen came in as the second wife of Radha’s father, T. Sadasivam, a freedom fighter and noted journalist.

Radha was six years old in 1940 when MS entered her life as the step-mother. From there, cut to 2007—and that was the year when, on the occasion of the 91st birth anniversary of Subbulakshmi, Radha reappeared on stage after a gap of 15 years. For, it was in 1992 that she sang last prior to it—and that was typically a phase in which she was primarily accompanying MS.

Exactly a decade before that, in April 1982 Radha fell victim to a major illness that marked a tragic bout where she was forced to take a professional break. The artiste had slipped into a coma following tuberculosis meningitis that took its own time for her to recover. Eventually, when she sang in Chennai, it was alongside MS at a benefit concert to raise a temple in the US. For the next ten years, the mother-daughter duo was again together singing, though Subbulakshmi wasn’t exactly in the peak of her career.

In short, it was in the 1960s and ’70s that the pair had their real glory in the field that transcended regional and religious barriers. If Subbulakshmi’s 1977 concert at New York’s prestigious Carnegie Hall has been a landmark event in Carnatic, Radha was the vocal accompanist—as she was in MS’s earlier trips to America; most celebrated among them being the 1966 performance at the United Nations.

Interestingly, it wasn’t as co-singers that the mother-daughter duo began their artistic collaboration. Way back in the 1940s, Radha was aspiring to be a Bharatanatyam artiste training under none less a master than Vazhuvoor Ramaiyah Pillai (1990-91, whose famed disciples includes Padma Subramanyam, Chithra Visweswaran and Vyjayanthimala). At the age of 11, when Radha debuted as the classical dancer, it was MS who sang for the girl’s steps on the stage. She went on to present Bharatanatyam before noted personalities from the fields of public life (for example, Mahatma Gandhi) and global music (violinist Yehudi Menuhin).

By 21, though, Radha chose to totally focus on music—and that included not just Carnatic (under stalwarts Musiri Subramania Iyer, Semmangudi Srinivasa Iyer, T. Brinda and K.V. Narayanaswamy), but also Hindustani classical (the gurus being Siddheshwari Devi and Dilipkumar Roy).

That way, she emulated in yet another way her step-mother’s trait not confining to not just south Indian classical. It’s another matter that MS had got vocal backing from Radha in the famous musical chants such as Venkatesa Suprabhatam and Lalita Sahasranamam. In that genre, to Radha’s credit are more records such as the 1980 compilation of Annamacharya compositions and Balaji Pancharatnamala.

Yesterday, when Radha breathed her last, the vicinity had her granddaughter S. Aishwarya gently singing in reverence to the departing soul.

January 2, had, in 2012 as well clocked the loss of a south Indian classical performing artiste. That was with the death of Bharatanatyam exponent K.J. Sarasa, incidentally, again, from the Vazhuvoor style of the dance form. Born in Cauvery belt’s Karaikal to nagaswaram piper Jagadeesan Pillai, she, contrary to Radha’s choice, took up dance as the field. And, in fact, learned under Ramaiyah Pillai after moving to Madras.

Unlike Radha, whose migration to the world of music only facilitated her to get more stages (along with MS most of the time), Sarasa seldom danced on the stage. For, her guru had suggested her to remain a teacher all her life—something the pupil religiously followed till her death at age 78.

Radha and Sarasa both had a strong line-up of disciples. For Radha, it would have been interesting to teach Anuradha Suresh, the daughter of her own guru K.V. Narayanaswamy. The other pupils include vocalists Balaji Shankar, Sikkil Gurucharan, Mahesh Vinayakaram (son of ghatam maestro Vikku Vinayakram), Navaneet Krishnan and P.T Seshadri besides playback singer Harini. From the field of film, Sarasa too had her disciples such as Vyjayanthimala, Travancore sisters (Lalitha, Padmini, Ragini) and even late Tamil Nadu chief minister J. Jayalalitha, an actress-turned-politician. Prominent among the other Sarasa disciples are danseuse Urmila Sathyanarayanan, US-based Rathna Kumar, choreographer K. Shanmugasundaram and even writer Sivasankari.